Gender stereotypes continue unchallenged unless each of us challenges them 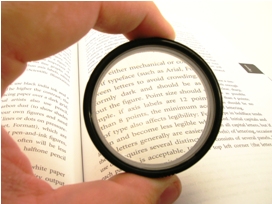 Sometimes it is the small things that really get your goat or whatever other creature you might own.

This time I was left bristling by a pre-movie announcement in a multiplex in Manila. It is not the first time that I have seen it and it always amazes me that it always inspires a bunch of titters and giggles from the audience. And it’s not terribly witty either. It’s just a picture of a mobile phone barred by a thick red line and copy that reads, ‘Teenage girls are asked to switch off their phones and desist from texting their boyfriends for the duration of the movie.’

Every time I’ve seen this I wait for a ‘warning’ for teenage boys to follow. It has been three years since I first saw the announcement and there has been nothing yet. My friends have asked me to take it easy and to breathe. They have also accused me of not being able to take a joke. But I believe that we need to focus on the small things as well, as these are the ones that insidiously make themselves at home in our collective consciousness and then live on till we start believing that ‘Yes, all teenage girls are silly and flighty and their sole purpose in life is to text every minute detail of their life to their boyfriends.’ Of course, teenage boys are intellectually superior and have much more interesting things to do with their time and smart phones. <Insert single and sharp eyebrow raise here.>

I often wonder what would have happened if a blonde woman had not smiled and let that first ‘Blondes are dumb’ joke pass. Or if women drivers had presented each twerp who slighted them with a dismissive ‘Women Driver’ remark with statistics about just how many accidents could be ascribed to gender reasons. Or if that Neanderthal woman hadn’t held on to her partner’s hand when  a sabre-toothed tiger startled her and he concluded that ‘All women were wimps’ when actually she was trying to push him back and deal with the creature herself.  And what about the woman who let the man calculate the first ever maths problem even though she had probably worked it out long before him, but it wasn’t in her nature to gloat.

So many gender stereotypes and what if all of them probably originated from that one time when we thought to ourselves, ‘Don’t sweat the small stuff.’ Well, then maybe we would not have had to see an entire Wiki How page dedicated to ‘Acting like a Dumb Girl’ to attract men and attention. ‘Embrace the stereotype’ the page proclaims and I throw up a little mentally as I read through the rest of it. And maybe me clicking the ‘No, the page wasn’t accurate button’ at the bottom of it might not make a difference. But I for one am not going to let the small stuff just slide anymore.

So what if my email to the theatre management to reword their announcement is sent straight to the trash bin, I refuse to participate in the creation or strengthening of any more stereotypes.

We have enough opening up of minds and breaking of barriers to do as it is. What say?