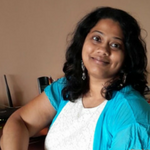 Academically a microbiologist and professionally a Columnist and Freelance Writer; Jaibala is regularly featured on various reputed online publications including Sesame Street India Exchange, Huffington Post India and Women’s Web. She has been awarded as the best Creative Writer 2017, at the Orange Flower Awards by Women’s Web, has been listed as a power digital user in 2016 and has been featured on India’s top bloggers’ lists twice in a row . She is also the founder of Entertainment Diaries a digital platform for all things Entertainment. Jaibala is very passionate about writing and blogging and regularly speaks and conducts workshops to help other bloggers and writers.