Meet these young women entrepreneurs in India who have become successful business women while still in college! 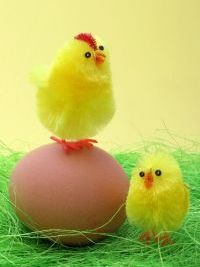 Meet these young women entrepreneurs in India who have become successful business women while still in college!

Becoming an entrepreneur is no mean task and starting a business with no prior work experience is all the more challenging. But this fact did not stand in the way of a few enterprising women entrepreneurs in starting their businesses while still studying.

These students were a part of the Tata NEN initiative. Also known as Tata First Dot, it encourages students to start up businesses even before they graduate. Advice, mentoring, networking and access to resources are what students get when they sign up for this program.

Paaduka is the entrepreneurial venture of two close friends, Hamsa Vamanan and Priyanka Narasimhalu. It was the result of the passion they shared for art. Both of them had learnt art and had hoped to make it their profession. However, despite being good artists they were not too successful at selling their paintings. Eventually, they realized that a career in painting was not working for them.

“It was a dull and gloomy phase that we went through,” says Hamsa. She adds, “We wanted to do something with art but were not sure of what since we had no artistic or business background. We did not know anything about how to sell art or how to push it.” Then one day, they realized that instead of paintings, they should put their creative side to good use and “Paint something that people can afford to buy.” That was motivation enough for them. Both were naturally drawn to footwear and thought of painting and embroidering on footwear. Once they had the idea there was no looking back. Launching a Facebook page in 2011 they decided to market their products in their college itself. Priyanka admits, “We were in a popular college. What better way to advertise our products than to wear the footwear we design and let people notice it?” Of course they were asked where the beautiful footwear came from. “We made it, buy it from us” was the answer that the other girls got. Soon, orders flooded in and the business was on its way. Their college advised them to apply for the Tata NEN initiative, which helped them tremendously.

Not having a business background was their main challenge. They had invested their pocket money into this venture. They explain, “We started out in a very hurried manner. One evening we discussed this over the phone, the next day we actually started doing this.” There was no plan for branding, no proper method or system in place. The Tata NEN initiative helped put all this into focus. Both Hamsa and Priyanka faced no problems from family where this venture was concerned. Nor did they have any issues with being young women who went into entrepreneurship. In fact, they feel that being an “All girls’ team gave us more leverage, more brownie points.”

Mr. K. Srikrishna, Executive Director, National Entrepreneurship Network, feels, “There is now a need to focus on the Indian woman and what she is capable of.” He states that NEN strives to inspire and engage young people so that they are encouraged to practice entrepreneurship. “Most young people do not have any real life experience. Real life skills are learnt through experience,” he concludes.

Srijayapriya Balasundaram, Srinidhi Sridharan, Aparrna Sivasubramanian and Akshaya Sivaraman are four friends who were all interested in starting a business. They put their heads together and came up with the idea of doing something eco friendly.

The four girls were all students of MOP Vaishnav College for Women, in Chennai. MOP has a bazaar every year where all entrepreneurs in the college can put up a stall. The four of them decided to put up a stall with eco friendly jute and cotton bags made by a women’s self help group. They purchased hand woven bags, customized them and sold them at this bazaar. The feedback was excellent and thus Diva Bags was born. What motivated them to start this venture? Aparrna says that they started the business as a continuation of their friendship. The four girls are now in different parts of India but each contributes to the business and is trying to make it grow in her area of residence now. They run the business through web sales. The bazaar was just a stepping stone for them. Orders now come in through social media sites as well as corporate houses.

Starting this venture was not an easy task. All four were studying and there were many challenges involved. They had to focus a lot on the business. “It was definitely hands on learning”, says Srijayapriya. One of the biggest hurdles they had to overcome was getting clients to believe that a group of four young girls (students) would deliver the goods. Aparrna states, “We won clients and potential customers around by assuring them that the quality of the goods would never be compromised. We have never compromised on either quality or price.” Once clients saw that these girls were sincere and kept their word, they soon came around. Srijayapriya says, “Everyone is expecting too much from us. But we have to keep everyone satisfied”. She admits that they went through situations where they were tested, but they persevered and never gave up. MOP and Tata NEN helped them get on their feet. They won the MOP Best Entrepreneur Award for the year 2011 and were rated as one of the top 25 student start ups by Tata NEN.

Their advice to other young entrepreneurs out there: “Go out and start a business. You can do it. Never give up. You will always find support and help. As a woman, you should stand on your own feet.”

These are their success stories. Do you have a dream of becoming an entrepreneur as well? Go ahead and reach for the stars. If these young women entrepreneurs can do it, so can you!