For working mothers in India, the lack of breastfeeding facilities at work usually mean dropping out. How are companies enabling new mothers? 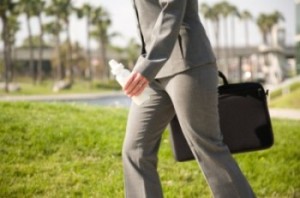 For working mothers in India, the lack of breastfeeding facilities at work usually mean dropping out. How are companies enabling new mothers?

When Anuradha Menon* returned to work after her maternity leave of 3 months, one of her major concerns was that she could no longer breastfeed her son as frequently as she used to.

According to a 2003 study[PDF] (by M. Sivakami, an assistant professor of the Institute for Social and Economic Change, Bangalore) on breastfeeding in India, “In certain segments of the population, such as the educated and urban elite, the duration of breastfeeding is declining.”  Indeed, most working mothers in India are often forced to choose between breastfeeding and work, and the decision must be made in the best interest of the whole family.

The World Health Organization recommends that a newborn be breastfed for a minimum of six months and the weaning process can continue up to two years. With Indian laws allowing only 3 months of maternity leave and most workplaces not equipped with facilities to help breastfeeding mothers, many working mothers in India are unable to breastfeed their babies for the duration that they desire.

Breastfeeding a challenge for working mothers in India

Tina Jacob*, a trainer at a multinational company, returned to work after 4 months of extended maternity leave and continued to breastfeed her daughter for another 7 months. She says, “I was working an afternoon shift at the time, so I could breastfeed her in the mornings. Before I left for work, I would express milk and store it in the refrigerator. Since I was unable to feed her regularly, the milk flow reduced and my baby too lost interest by the time she was 11 months old.”

Since there were no separate facilities for lactating women to express breastmilk in privacy, I had to do it in the restroom to relieve the pressure on my breasts.

Tina remembers that she would be full and leaking,by evening. “Since there were no separate facilities for lactating women to express breastmilk in privacy, I had to do it in the restroom to relieve the pressure on my breasts. It was psychologically difficult to deal with,” she adds.

The guilt of being unable to feed the baby whenever she is hungry, physical difficulties associated with full, leaking breasts and the psychological trauma of having to use restrooms to relieve the pressure on the breasts, cause severe stress to the mother and can impact productivity at work.

Facilities for Indian women to continue breastfeeding at work

According to a paper presented in 2003 at the Asia Pacific conference on breastfeeding [PDF], under the Maternity Benefit Act 1961 and the Employees State Insurance Act 1948, a woman can avail of paid maternity leave of 3 months on delivery. Her wages and job are both protected and these provisions enable a mother to breastfeed her child during the first 3 months without any tension of losing either her earnings or her employment. After 3 months, when the mother returns to work, she finds it difficult to continue breastfeeding as she otherwise would.

Most companies in India do not have specific facilities to assist lactating mothers, but at least some are taking positive steps in improving the working conditions. IBM India has a Childcare Centre in Bangalore to help employees maintain a good work-life balance. Their preschool and day-care centre provides child care for children as young as 3 months old. Since the facility is in the same campus, breastfeeding mothers can drop in to feed the babies and then return to work. According to IBM, “Over the years the initiative has enabled young parents have a better work-life balance and enhanced productivity at work.”

Breastfeeding at work is easier if there is a flexible work schedule or if the mother works only part-time, but not many mothers have this privilege.

What can companies do to help working mothers breastfeed?

Not all companies may find it feasible to build a crèche in their campus, but something as simple as a lactation room with a refrigerator can help working mothers in India to a significant extent. In this room, they will have enough privacy to express the breast milk and also store it in the refrigerator without having to deal with embarrassing questions from colleagues or unpleasant odours and other discomfort in the washroom while pumping.

In the book Counseling the Nursing Mother: A Lactation Consultant’s Guide, the authors suggest that companies too stand to gain by enabling breastfeeding at work. Some of the positive aspects for companies include:

– Family-friendly image in the community.

“The problem here is that such difficulties are taken for granted as part and parcel of motherhood. We don’t ask for anything, so it’s no surprise that we don’t get much,” says Tina. Not many parents are vocal about their requirements to maintain a healthy work-life balance.

Approach your employer regarding breastfeeding facilities at work

In India, lactation rooms are not widely prevalent, but it is one of the easiest options to implement. All that a basic lactation room requires is a clean, private and comfortable space which is not a bathroom, where mothers can use breast pumps in a relaxed atmosphere and has a refrigeration unit for storing expressed milk.

Everyone gains if the mother is able to continue breastfeeding: the baby is healthy, the mother is happy and the employer retains a productive and loyal employee.

If you are a working mother, perhaps you could take the initiative to approach your employer for a program to help nursing mothers. Talk to other employees to learn how many are pregnant, how many plan to breastfeed, the difficulties they foresee and how many would like to use a lactation room. If you have an employee wellness manager at your company, approach her with the idea and collaboratively determine the best options.

Presenting multiple options to the employer improves the chances of getting at least a few options accepted. Providing a detailed proposal with estimated costs, potential benefits in the short term and long term (retaining skilled employees, improved morale, lower cost of the lactation program compared to training a new employee) can help tip the scales in your favour.

Everyone gains if the mother is able to continue breastfeeding: the baby is healthy, the mother is happy and the employer retains a productive and loyal employee.