Schools Versus Working Mothers In India

Working mothers are redefining the role of women in India; yet schools refuse admission to the children of working mothers! 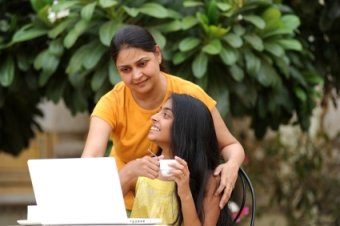 Working mothers are redefining the role of women in India; yet schools refuse admission to the children of working mothers!

Kavita Rawat*, 35, Programme Head with a television channel has a busy day packed with meetings. Which is why she finds it difficult to take time out on a working day to attend school meetings (deemed compulsory by the school); not to mention, events at school for which parents need to contribute various dishes cooked in the morning before the child leaves for class. Welcome to the world of working mothers in India!

“I have tried explaining to the class teacher and coordinator that they need to schedule Parent Teacher Meets on weekends to allow working parents to attend, but to no avail,” she says. Her child’s school does not have a PTA to which she can take her issues. If you are a working woman with a school going child, you will definitely identify with Kavita’s problems.

Working mother in India? No admission for your child!

While many women today juggle a career, home and childcare (and childcare still is considered primarily the mother’s responsibility), some schools still frame policies assuming a mother who is a full-time homemaker. Parents claim that a few schools do not even consider children of working mothers for admission. Schools, for obvious reasons, refuse to discuss the subject, let alone admitting to the practice.

Many working mothers in India have experienced bias at the school admission interview. Seema Kohli*, 32, Media Planner with an advertising agency was asked by a school principal whether the money she earned justified leaving her child in the care of maids during her formative years. Naturally, her child wasn’t admitted in that school. Having learnt her lesson, she put herself down as a homemaker for the next round of school admissions and made it through.

Seema Kohli*, 32, Media Planner with an advertising agency was asked by a school principal whether the money she earned justified leaving her child in the care of maids during her formative years.

Says Renu Menon*, 32, Project Manager with a telecommunications firm in Chennai who has recently relocated to the US, “While I was searching for a school for my daughter, I heard that some schools in Chennai would not consider you if you put yourself down as a working mom. And these are considered some of the leading schools.” Luckily for Renu, moving to the US meant that her daughter was admitted in a school which has no issue with working mothers, and also offers extended childcare on school premises where her daughter can stay until either parent picks her up.

Says Terence Phillips, Educationist (retired), “I have not carried out a research into whether schools prefer children of ‘Stay at Home’ mothers as against ‘Working’ mothers, nor am I aware of such a study having been carried out in India. However, as an educationist I believe that children must not be discriminated against for any reason whatsoever. If a school prefers to admit children from a particular background only, it would amount to discrimination.”

Schools blind to changing role of women in India?

Smriti Lamech, Journalist with a women’s magazine, says, “While I can never be 100% sure about the admission process, I was not a working mother when my son began play school and filled up his form saying ‘Stay-at-home-mom’. I joined work a couple of months later. But right through PTA meetings the principal often called out to the working mothers by name and made pointed references to the fact that they worked and insisted that they probably neglected their children. There were often events in the middle of the morning that the parent was supposed to attend and she even said she thought children should be picked up from school only by their mothers.”

…right through PTA meetings the principal often called out to the working mothers by name and made pointed references to the fact that they worked and insisted that they probably neglected their children.

Event schedules are often so thoughtlessly planned as to take no account of the constraints of dual-working families. Mothers find it tough to squeeze time out for parent-teacher conferences, music and dance performances, athletic events, award ceremonies, field trips and even volunteering for tuck day and such. Organizing fancy dress costumes which require hunting down fabric and getting it stitched, a time intensive process is something other schools insist on, with a ban on ready to hire costumes which a working mother would consider time-saving.

Fear that children of working mothers are ‘neglected’

According to June Dutt, Educationist Consultant with Sri Sri Academy (Curriculum Advisor and Teacher’s Training), “From what I have seen 20 years ago, to policies today, I think schools are changing their approach towards working moms, whether still married or single. Earlier, schools were a bit wary of admitting children of single working moms because of issues like financial instability if the mother was not earning adequately or the fear that the father might come to the schools and create unpleasant scenes.” Today, she feels, schools do not look askance at admitting children of working moms, but are proactive to work with the parents to ensure the child is cared for.

Her primary issue, as she sees it, is that parents should endeavour to keep the children in the care of a responsible adult from the family, like a grandparent, with a maid to help. “I’ve been a working mother all my life,” she says candidly, “but I did have the advantage of being able to leave my children behind with their grandparents. Plus I was a teacher, so my hours were easier. Working women today have the disadvantage of having to live in nuclear families, and there is a lack of professionally managed day care systems in India where children can go to after schools. So, many children are either alone at home or under the supervision of a maid.”

Indeed, among the questions asked of the parents during the interview which goes under the moniker ‘interaction’ these days is “Who looks after the child if the mother is working?” June corroborates this. “With working mothers, my experience has been that schools do tend to ask who the primary caretaker of the child is, in the parents’ absence.”

Simultaneously, there are principals who understand that given women’s career aspirations and the cost of living these days, double income families are inevitable. Says the Principal of a long established Mumbai suburban school, “I find that children with working mothers become independent and self-sufficient earlier than other kids in their peer group. We do insist though that working moms make an effort to participate in school activities that their child is part of, but we try to ensure that the timings are convenient.”

She adds, with a little laugh, “After all, I have also been a working mother all my career.”