For mothers returning to work after a gap getting work isn’t easy; but it’s not impossible. Here's how you can be a comeback mom! 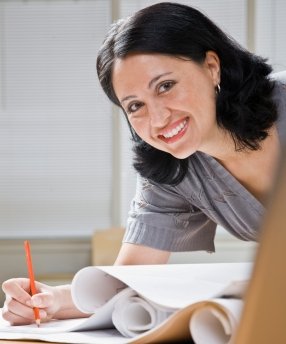 For mothers returning to work after a gap getting work isn’t easy; but it’s not impossible. Here’s how you can be a comeback mom!

There is an entire demographic of ‘Comeback Moms’ out there; educated women who don’t get into the workforce at all, or do a very short stint before marriage and motherhood. Called Comeback Moms in colloquial recruitment parlance, these are mothers returning to work once the children are old enough to be independent, or sometimes, old enough to go to college.

For some, taking up jobs becomes difficult when they marry a man with a transferable job, like in the army; besides, in such cases, the spouse is an important contributor to her husband’s movement up the ranks, through her networking and organizational skills.

Comeback Moms starting a career in their late thirties or even forties, have to struggle to first get a toehold in, and then hold onto their jobs. The novel The Ten Year Nap, by Meg Wolitzer, looks at four friends who have babies around the same time and find themselves drifting away from their careers in law, art, banking and film. To quote Wolitzer, “The rest of the world doesn’t fall away when you have children. But your priorities are with your family. You’re not exactly asleep but you’re in the dream of family life.”

In India, women choose not to work after having children for many reasons. Some do not have access to appropriate child care, while others have the luxury of not needing a second income; for some, it is driven by a desire to stay home fulltime with young children.

Says Shama Sheikh, 70, who went back to working as a teacher after her daughter was nine years old, “My daughter was independent enough to not need me around, and working as a teacher meant that I could be home at the times she was.” Unfortunately, her husband passed away a couple of years later, and Shama had to get back to full time work in order to raise her daughter and run the house. “I was lucky enough to be offered a job in the bank where my husband worked on compassionate grounds. What helped was that I had already made the first step towards getting out of the home and back to the workplace through my stint as a teacher.”

Tips for mothers returning to work after a long break

Get updated. For those looking to get hired, it is important to get updated on the changes in technology and work processes which have occurred during one’s long break. This may mean taking a refresher course or taking up short term projects or internships to refresh one’s skills.

Unfortunately, it is true that people who start their careers late face an age bias. Most companies hire younger candidates, and women who start late have to cope with inherent biases in dealing with older people, as well as coping with technological changes. Sheetal Khanna, 50, an army wife who has become a teacher after her husband’s retirement says, “I had to do a crash course in computing because teachers are now expected to feed in data and results about their students onto the school website, for the parents to be able to access at any time.” While one cannot change people’s mindsets easily, demonstrating your preparedness for the job will help.

While one cannot change people’s mindsets easily, demonstrating your preparedness for the job will help.

Ease your way in. Those who have stayed in touch through short-term assignments or freelancing will find it easier to return a professional environment. For those who have never worked before, there may be fears about working in an office setting and lower levels of self-confidence.

Help yourself by starting small – grab anything that comes your way. Consider taking up an unpaid assignment or project that will give you work experience, and a reference even though it may not pay much. It will also help you network with people who can help in your job search.

Opt for flexibility over designation initially. It will help you ease back into the workforce and the regimented routine. Once you are confident you can handle it, you can take on more challenging assignments and job profiles.

Work hard on your resume. Don’t hesitate to include stuff that might show your organizational skills, especially if you’ve served on school or society committees. Include all your professional qualifications, and consider getting professional help in drafting it.

Some women turn entrepreneur as their comeback strategy. Shrishti Kapadia, 52, is one such mother, who had never worked formally through her life. When her children went to college, she began with designing salwar kameezes for friends, and working with local tailors. She now supplies to boutiques and holds occasional exhibitions. She says, “I knew my limitations. I have no formal professional qualifications. And no work experience. I wasn’t about to be welcomed with open arms.” She turned to the skills she had and converted them into a business.

I knew my limitations. I have no formal professional qualifications. And no work experience. I wasn’t about to be welcomed with open arms.

Says Priyanka Chaturvedi, Director, Mpower Consultants, “…frankly, for a woman who has never ever worked before, getting into a professional set up would definitely be difficult. Such women should look at entrepreneurial opportunities rather than trying to break into jobs.”

Purnima Lamech, 54, turned entrepreneur much after she was married and had kids, while living on the tea estates with her husband. “In those days, the wife of a manager working was unheard off and ‘simply not done’. I was very fond of knitting and bought myself a hand knitting machine on which I would knit for our friends. One day, the then General Manager asked me if I would be interested in setting up a machine knitting school for the unemployed women in the tea gardens. I was delighted and opened the first such school in Munnar; today, Tata Tea buys its entire supplies of winter uniform from these schools.”

When they moved out of the tea estates to Allahabad, she started a boutique – something unheard of in the small town at that time. The entrepreneurial bug had bitten, and she went on to then set up the first Reverse Osmosis Bottling plant in Allahabad. “The concept caught on and soon every wedding and office was using our bottled water. Government regulations soon came and I decided to move out of this line of business to avoid dealing with a hoard of Govt. regulators. My next venture was to set up a Call center for a company in Delhi, again a first for Allahabad. I started it with eight seats and I took it up to 200 seats in 3 years time. This was probably my most satisfying venture as I was able to give employment to so many youngsters from my hometown.”

For wannabe entrepreneurs with little access to capital, start small, but make sure that you are starting something at least one customer is prepared to pay money for.

The final word for Comeback Moms: Start Now. Don’t wait for tomorrow or next month or next year. Start as soon as you think you need to be doing more with your time. Whether it is a part time, flexible hour job or an entrepreneurial venture you can start from home – take your first steps now.

SHARE! If you have a comeback story that you’d like to share – yours or that of someone you know, write in at [email protected]; we’d love to feature some on the Women’s Web blog.