The Stories Of Women Who Travel

Women who travel for fun seem rare in mainstream media. Some interesting books and movies which capture the stories of travelling women. 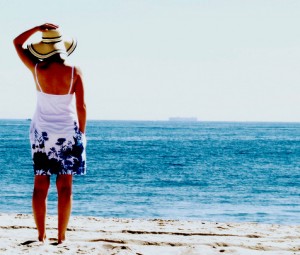 Women who travel for fun seem rare in mainstream media. Some interesting books and movies which capture the stories of travelling women.

In an age where the world is shrinking thanks to growing technology, travel might well be ephemeral. Travel blogs are fast growing, offbeat, and new-age travel romances bloom to be feted. Travelling for the female though remains a sport watched from afar, rarely if ever applauded or brought into the limelight.

So when the folks at Women’s Web suggested an article on “travel” books and films about women who travel, I had to think hard. Yes, I did read books and see films in which women travelled. But what did they do when they travelled? Well, primarily they accompanied (a man). Were there stories where women did more than that? Did they travel with a clear sense of purpose? Did they travel for the fun of it, in the spirit of exploration? Did they travel, where, as travellers, they were not tied down by their gender?

There are many films with men gallivanting so to speak, to enjoy the pleasures of the road; I come across bromance-travel films at every corner, but very few films feature women who travel for the fun of it, alone or even in groups. Travel for women in the popular media is generally associated with family and friends and ties, and seen as an escape from stressful situations, not something chosen voluntarily. Travel for women then, is seen through the gender lens.

I come across bromance-travel films at every corner, but very few films feature women who travel for the fun of it…

Whither the stories of the footloose, fancy-free female? While that mythical creature may or may not exist, here are a few of my personal favourites in films and books. Women travel in them, yes, but they also listen to their own voices and shrug off societal and familial expectations to go their own way. The ensuing journeys are interesting, much like the women themselves.

4 Interesting  books on women who travel

State Of Wonder by Ann Patchett

One of the best books I’ve read this year, this has one of the lead characters Dr. Annick Swenson going off to the Amazonian jungles in pursuit of new scientific discovery. The other and more prominent protagonist, a desi female, Dr. Marina Singh follows Dr. Swenson, who has gone incommunicado. Not only are the protagonists both female but they are intrepid, unusual women made all the more interesting by the (mental) baggage they carry. Marina crosses cultural boundaries, waxing nostalgic about her half-American, half-Indian heritage, sliding into a sea of white cousins, she says, “like a llama who had wandered in accidentally”.

A Lady Cyclists Guide To Kashgar by Suzanne Joinson

In this very recent novel, Eva, sister Lizzie and her friend Milicent travel to the dark lands to spread the message of their Lord. It is the 1900s but Eva armed with her cycle and a contract to write a travelogue, must resolve fraying tensions between the leader of their party and the sentiments of the local population. A parallel track in the book brings us to modern day England where Freida Blackmann, an unsatisfied Londoner meets an  immigrant Tayeb. Both Eva and Freida want to be free and empowered, and see their cycles almost as a means to achieving it.

I can’t help listing this book here, although this is a different kind of travel: time-travel. In this, Dana living in the relatively modern world of 1976, goes back in time involuntarily to the period of slavery in the US. The author uses this unexplained sci-fi construct, to shed light on the plight of the slaves in the early 1800s.

As far as desi “travel” novels go, this book comes to mind as an interesting and evocative read. In it, women travelling in the same coupe share their life stories and reflect on the choices before them.

6 great movies on women who travel

In this Italian film, Rosalba, offended at being “forgotten” by husband and son while on a road trip across Italy, tests those ties by impulsively going off to Venice by herself, sans money or luggage. Rosalba is played luminously by Italian star Licia Magiletti and the film is whimsical and humorous and a very good watch.

Under The Tuscan Sun

Newly divorced American, Frances (played by the graceful Diane Lane) escapes to Italy, buys a broken-down villa, renovates it and builds herself a satisfying life among strangers.

A Room With A View

This Merchant-Ivory classic is based on E.M. Forster’s book of the same name, and in it, timid Lucy Honeychurch (Helena Bonham Carter) goes on a trip to Italy with impoverished relative Mrs. Bartlett as chaperone; this is the early 1900s. Ms. Bartlett bemoans the fact that their Florence hotel room does not have a view and is instantly offered an exchange of rooms by fellow guests Mr. Emerson and his son George. Falling for George’s quite unsuitable charms, Lucy must decide whether she’ll lapse into Victorian impropriety (happy though it may be) or accept the societally acceptable alternative.

Toni Collette plays a harried homemaker, who assembles her rag-tag family and gets them all into a van for a road-trip to give her little daughter (Abigail Breslin) a shot at her Beauty Pageant.

Gul Panag plays a determined Kashmiri wife, who must step out of familiar surroundings to travel to Rajasthan to rescue her husband from his death, by obtaining for him a maafi-nama, a certificate of forgiveness from the wife of the man he has killed. Ayesha Takia plays the sorrowing and hapless Rajasthani widow who must contend with granting a man his life, in the process questioning many of society’s patriarchal norms and finding her oft-subdued voice.

Traditional Mrs. Iyer is travelling by bus, with baby and sans husband. Mid journey riots break out, and staunchly Hindu and conservative Mrs. Iyer must protect Muslim fellow passenger Raja Chowdhury from the angry Hindu rioters by pretending that he is her Hindu husband. Konkona Sen Sharma and Rahul Bose star in this nuanced film.

These, as the song kinda goes, are a few of my favourite films and books. I hope you like them too.
What are your favourite stories of women who travel? Let us know in the comments.