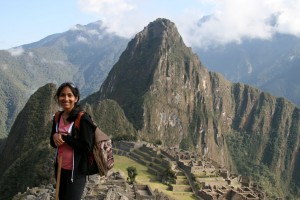 The Thrill Of Spontaneous Travel

“Not all those who wander are lost,” said JRR Tolkein. Ever felt the irresistible call to get going, NOW? Become a spontaneous traveller!

Some years ago, a chance business trip saw me in Costa Rica. I grabbed it with both hands, but knew very little about this country of exotic rain forests and spewing volcanoes. Days before my trip my camera decided to die on me. Everything being on short notice, I faced this setback rather stoically and on my stopover at Paris, on an impulse spent a really huge sum of money getting an SLR. This was the beginning of my unplanned adventure.

In the two weeks I stayed there I discovered the joys of not being bound by a schedule, unfettered by plans. Instead on days that work left me free, I went cruising down the river Tarcoles on its journey to the Pacific, watched crocodiles being fed in the wild, discovered the art of making coffee, hiked through the Arenal National Park hearing the rumbles of the active volcano in a distance. It was exhilarating.

I am a planner. I research destinations; Google is my best friend when it comes to designing itineraries. This helps make the best of my time when I am in an unknown land. Most travel forums have discussions on everything under the sun from places serving the best pizza to little known local cafes. Great hostels and good deals are something I am always on a look out for.

But every now and then, after I first discovered spontaneous travel, I throw caution to the winds, enlist a few friends if they would like to come along and take off.

What is the draw in taking off on a whim? It is the thrill of discovery and the element of surprise.

It’s lovely to discover the secrets of the winds; winds which sometimes blow as the gentle breeze carrying with it the sights and sounds of places it has been to, seemingly unhurried, unbound by man or land or sea; and at other times strong and determined as a building storm, eager to get ahead of itself in pursuit of some unknown destination, undeterred by people or places, recognizing no boundaries and forging ahead as steady as a foot soldier in the heat of battle. Spontaneous travel is just that; I pace it the way I want and worlds open up in the process.

What is the draw in taking off on a whim? It is the thrill of discovery and the element of surprise. It comes from being thrown completely into the unknown, challenging yourself to adapt to the environment, uncovering secrets that completely blow you away and in discovering people, food and culture.

Until some years ago ‘The gap year’ was a western trend.  So a seven month break from my corporate job in Bangalore, was met with raised eyebrows and a million questions. On an impulse I signed up for my first high altitude hike to  the Himalayas. My grandma wanted to know why a girl like me would actually want to go climbing mountains, when what good girls should be doing is getting married. Ignoring questions I dived into my savings and plunged into the unknown. I have never regretted the decision.

I am fairly fit but I wasn’t sure if the level of activity I am normally used to would qualify for a high altitude trek. I booked my tickets to Delhi. Of course it was a gamble, with others in our group making last minute cancellations because of a swine flu outbreak.

At heights oxygen levels plummet; and as we touched 5000 m every step felt like 10. But what thrilled me to bits was the discovery that I was good at this, being first in the group to touch 5029 m to reach Roopkund. And then there was the wonder of seeing an India that I did not know existed – picture postcard villages like Wan, friendly locals calling out to us to have their pictures taken, watching the trees dwindle and then altogether disappear as we crossed the tree line from Wan to the high altitude grasslands of Bedni Bugyal.

Other times we discovered fun in unlikely places. Honeymooning in Venice, my husband and I decided to walk to the bus stand as a final tribute to the beautiful city on water. It was a walk to remember. We stopped along the canals, sipped wine in the sun and had sandwiches in front of a pretty little church sitting on the water. We had the best time of our lives.

I discovered the exhilarating feeling of being set free.

Did I do the right thing by taking a break? A resounding yes! I discovered the exhilarating feeling of being set free. But is there anything to watch out for when you decide to set out on unchartered territory. A resounding YES once again.

It’s all about the money!

While unplanned travel is great, what you can do is sometimes constrained by money. Having grown up Indian I had to confront cultural demons while some of my friends from the West effortlessly took up jobs, working behind bars to get by. As a rule, always tuck away a little more than you need. Having enough might not mean having access. Backpackers are familiar with situations where you don’t find ATMs. So keep an eye on the cash.

Talk to the locals

Locals offer a wealth of information on the non-touristy bits of a place, providing valuable insights into life as it is lived there. For those on a budget a quick conversation could provide pointers on where to eat or stay. Other times they tell you what you don’t see in the maps or guide books. On one occasion, we were huddled in a local pub in Castlecombe to escape the cold. The pub began to fill up. In a minute, conversation shifted to the international tongue – Football! Though I don’t follow the game, we got to know of nice walking trails tucked away in the area.

A car gives you the option of travelling at will. Yes, you need to budget out hire charges and fuel. Especially in remote places with scant transport hiring a car is great value for money, as we found last year backpacking in the Shetland Islands, Scotland. There was no way getting around this network of islands. And so we hired a car and saw some of the most incredible sights: uninhabited islands like Noss, seals, otters, migratory birds in their thousands, and Shetland’s showiest inhabitants, the puffins.

If you have always dreamed of being as free flying as the wind, pack your bags and head out. Be warned it’s the start of an addiction. There is no turning back but you won’t regret it!

About The Author: Meena is from Bangalore where she lived before moving to London couple of years ago. An engineer by profession, she is also an artist and a freelance travel writer, both of which bring together creativity and her love for the outdoors. An avid travelled and a wild life enthusiast, Meena has travelled through much of India and the world. She blogs at Travel Tazzels.

Packing For A Trip: The Female Business Traveller’s Guide

Adventures Of A Solo Traveller In India

Radha, Me And A Silent 25 Years