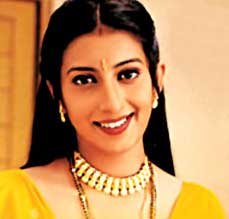 I&B Minister Ambika Soni is “shocked by some of the serials she sees on air”. Maybe she stumbled across a rape fantasy with high TRPs or took a look in the mirror and realized that there is a distinct difference between her contemporaries on television and herself? Lets look at women in the media today.

It is no exaggeration to say television is the most women-oriented medium there is in India today. The few hundred cable channels beamed into your living room are full of programming aimed squarely at female viewers and follow a simple formula that Ekta Kapoor’s Balaji Telefilms pioneered to maximum effect and much profit roughly a decade ago.
The basic premise is that in India, women watch the most TV and they’re all stuck at the mental age of seven where throwing dramatic tea parties for and arranging the weddings of their favorite dollies is the activity that gives them most pleasure. Furthermore, the logic goes that women respond better to women as protagonists and antagonists but would like a man to occasionally fantasize about. Hence the primacy of women in Indian TV serials.
If that sounds harsh, turn on your TV and check it out for yourself.
Women and the media
Pretty young men scowl manfully at you over bulging biceps in shows like Dill Mill Gayye and Miley Jab Hum Tum. Older, more distinguished men like Ronit Roy (Bandini) take command of every situation, including their very young female co-stars. Either way, their general purpose is to stand around, looking attractive, while women from every socio-economic strata across India endlessly fall in love, take part in elaborate wedding ceremonies, struggle to fit in with monstrous in-laws, suffer disappointment and betrayal, labor for justice, etc.
The original thought behind these shows, I understand, was that Indian women are most familiar with the world of the married family home and the difficulties associated with adjusting to another woman’s household. The viewers identify with the downtrodden bahus, and the daily soaps on TV are a kind of virtual role-playing game in which they see themselves as the suffering protagonist of every show while the powerful, scheming antagonist is their saas.

It is true that women contribute greatly to the oppression of their gender, but it’s a bit much to see men painted as nothing but helpless tools in the hands of powerful women in a country like India where patriarchy has a long and well-established past.

Indian TV serials and women
Over time, this idea has permeated Indian TV to an almost comical extent. Take the much-discussed “new generation” shows leading the TRPs with their social conscience like Ballika Vadhu and Na Aana Is Des Laado: set in rural, extremely conservative North India, they focus on the oppression of women and hope to achieve real change amongst their viewers. And in both of them, the primary antagonist is played by a woman – and not the fan-the-flames-from-behind-the-purdah kind either. Maa-sa and Amma-ji are widowed matriarchs, ruling their households and their villages from the front, whose fondness for their sons is easily balanced with the violence with which they can crush any threatened revolt, especially from the other women in the family. It is true that women contribute greatly to the oppression of their gender, but it’s a bit much to see men painted as nothing but helpless tools in the hands of powerful women in a country like India where patriarchy has a long and well-established past.
And the few shows with strong male characters who do something more than romance are obsessed with rape – both fan-favorite Agle Janam Mohe Bitiya Hi Kijo and newer entry Bairi Piya have been building up to the rapes of their female leads for quite some time now. Worse, they’ve decided to present the upcoming event as just another difficult romance: Laali in AJMBHK, bought for her potentially fertile uterus, is now described as the “Meera” to her married owner; Amoli in BP is her stalker’s painful “obsession”.

Gone are the days of shows like Udaan or even Rajni when women stood up for themselves, had dreams of their own and weren’t demonized for it.

Working women on TV
If you’re wondering where the working women are in this world full of sad, oppressed women… well, good luck finding her! Rare shows like Ladies Special don’t seem to last long even as the top rated shows on Indian TV (minus the reality shows) are all centered around the theme of marriage – who, when, how, how many times, with what amount of difficulty, and why. In fact, Sony appears to be the only network really invested in innovating past this model as demonstrated by its tie up with YashRaj Films – shows such as Rishta.com and Mahi Way may focus on love and romance but with strong female crews behind them, they tackle it from a younger, more current POV.
Television might be run by women for women, but it could give Bollywood lessons in how to be regressive (and we know how rare working women in Bollywood used to be!) The few women who are shown as independent or working outside their home are either forced into it, unhappy, bitchy, or just find it another venue for romance. Gone are the days of shows like Udaan or even Rajni when women stood up for themselves, had dreams of their own and weren’t demonized for it. The ideal woman these days keeps her head down, prays a lot and only finds a backbone once she’s been horribly mistreated to the point where she’s no longer herself but a character from a mythological come to life.
In the India of 2010, a woman who marries the man who harassed her to teach him a lesson (Mann ki Awaz Pratigya) and a child bride (Jhansi ki Rani) are the closest we come to independent female role models.