Women entrepreneurs often find it difficult to get the ‘right value’ for their products. Negotiation tips to help you get the compensation you deserve! 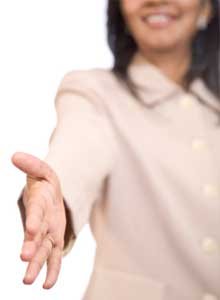 Women entrepreneurs often find it difficult to get the ‘right value’ for their products. Negotiation tips to help you get the compensation you deserve!

Research has showed that women tend to be less aggressive negotiators, whether it comes to asking for a raise, for more resources on the job or anything else. (So much so that entire books have been written on the subject of Women Don’t Ask).

That’s why we asked Kanwal K. Mookhey, a successful entrepreneur in the field of computer security to share with our readers his tips on negotiating. Having started out in 2001 as an ethical hacker, his company, Network Intelligence now provides services to clients all across the globe. Entrepreneurship is a passion, and he loves helping and mentoring other entrepreneurs. Kanwal blogs at Everyday Entrepreneurs, and he can be contacted at kkmookhey AT gmail.com.

At some level, I think all of life is nothing but a series of negotiations. In the straightforward sense, we negotiate to win new projects or for partnerships or with employees for salaries. At another level we negotiate the time we spend between work, family and ourselves. But this post is not about the philosophy of negotiation; rather it is about key pointers to a successful negotiation. I do not claim to be the best negotiator out there, but I constantly try to learn from every deal, whether I win it or not.

This is the most important one, and the one thing most people forget to do. They simply forget to ask the price they really, really want. It’s really as simple as that. If you don’t ask, you won’t ever get. Also, you usually want to ask for more than you expect to be happy with. The other side of this is to also ask all sorts of questions to the other party. I never hesitate to ask a client questions like which other companies have quoted for the project, and where in the list does the client rank us, and how we are placed on the pricing scale, and what their budget and time constraints are, and almost anything else other than the competitors’ actual proposals!

For any price offered to you, gasp! Act as if you’re really not happy with it, and in most cases you actually won’t be happy with that price. So express that emotion, and tell the other side, that their offer is simply unacceptable.

Never be at the negotiating table with only one thing to be discussed and finalized. Always go with multiple options, and multiple things to be negotiated. Usually, most negotiations end up being about money, but always try and keep many things on the table, such as payment terms, future business, referrals, reduction in scope of work, etc.

Negotiation Tip 4: Be ready to walk away

This is the toughest. And is usually almost impossible. But ideally, you always want to go into a negotiation ready to walk away from it. The other thing is that you shouldn’t really walk away from the deal. The successful negotiation is one where both parties get what they want, without one side waking up the next morning and thinking, oh shoot, we got screwed. So, while you should be ready to walk away, your goal should always be to arrive at the best possible solution that works best for both sides.

Often once a negotiation has been settled, it’s always worth your while to try and nibble for that bit more. To ask for a minor concession every now and then. Not the best way to win respect, but it’s worth your while to walk to the door, turn around, and say, hey I was just thinking, what if we also...

Sooner or later, any serious negotiation will get tense. The atmosphere will darken up, and people will begin to get grumpy and grouchy. The best means to break the tension is to smile. Especially, if you follow that up with a call for a break, that often helps to break the deadlock. Meeting the same people at the neighbourhood coffee shop often changes the eventual result of the discussions.

For me, this is the hardest part of any negotiation. By nature, I am an upfront and straightforward person. Although this is usually a positive thing, blurting out all your thoughts and facts during negotiations is foolhardy, and I often stand guilty of doing that. Holding back on critical information is sometimes the key to getting through to a successful negotiation.

This is even more important than just being discreet. This I am usually good at. Often during negotiations, when there is no headway being made, both parties will clam up. At this stage, you should never ever break the silence. This should be done by the other party or a mediator. Usually, the one to speak first is probably going to end up making concessions.

Negotiation Tip 9: Do your homework

Remember, information is indeed power. Get onto paper all the facts that help push your side of the story. Get as much information as you can about the other side. This is usually tough, but it does help to know. Assume that the other person is indeed not giving you the full version of the story, but do not accuse him/her outright of lying.

Do not get too emotional during a negotiation, unless that’s a ploy you intend to use. Remember Vito Corleone’s “It’s business, not personal”. However, I recollect once storming out of a negotiation, and forgetting my jacket in the process, and coming back to retrieve it 5 minutes later. During that time, the other side felt a bit sorry that they had upset us so much, and offered another few thousand dollars on their last price!

1. Secrets to power negotiating, Roger Dawson. This is one of the best books on negotiating that I have read.

3. You Can Negotiate Anything, Herb Cohen.