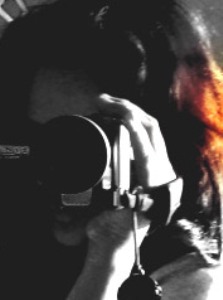 In this Reader’s Corner interview, we talk to prolific blogger Indian Homemaker, or IHM as she is popularly known in the blogosphere.

The Life And Times Of An Indian Homemaker needs no introduction. It is one of the few blogs that talks about women’s issues through the numerous letters of many young Indian women, who write in hoping to gain from the collective wisdom of readers. Having lost her dear daughter, Tejaswee, a few years back, IHM has also set up a trust in her memory as an inspiration to others.

Hello IHM! Tell us a little about yourself.

A friend recently observed, that like her sister who lost her child to leukaemia, I too “Ghoom phir ke phir usee baat par aa jaati hai” – meaning, no matter what else we are talking about, I tend to come back to talking about Tejaswee, her death and our life after that. I had not realised this. I have now become more aware of each time I bring her up in conversations. But whether or not I am talking about her, almost everything I say or see is not the same because she was there and now she is not. This made some of the questions here difficult to answer, but I did want to answer them.

I started blogging in Jan 2008; the idea was to blog about my teenage kids, our rights and freedoms, the growing intolerance around us, animal rights, and also to share random photographs.

Do you have any life goals for yourself?

No long-term goals, just little tasks to be done, if those get done, there is satisfaction; if not, there is no serious disappointment. I take each day as it comes and I am as much at peace as I could ever be and I’m amazed that this should be so. This is much more than I had hoped for two and a half years ago.

What would you love to have/achieve that you don’t yet have?

I would have loved to write a book about life after Tejaswee died. I tried too, in the beginning it was just a rant and repeat of ‘How could she die? How could she really have died? Let this be a nightmare…” Then once I did write around 4000 words, I realised that it wasn’t cathartic. I couldn’t continue, and the 4000 words talked only about her death. Maybe someday I will be able to pick that up again, maybe not. I have accepted this limitation for now.

Is your life today as you imagined it would be 5 years ago? Where do you want to be 5 years from now?

No. Life has changed in ways that I could not have imagined five years ago. The meaning of unhappiness, success or failure, disappointment, fear and pain has changed; but this is something I can live with quite peacefully, most of the time. Sometimes this (being able to live with what is clearly unacceptable and intolerable) is difficult to understand or accept.

Five years from now maybe I will be able to write about all this more easily and with better understanding.

Do you believe that being a woman has made a difference to your choices and your life?

I think it has, along with many, almost every other thing, like being born in India, being born in the sixties, living in cities and going to school.

Tell us one thing that you like about Women’s Web and one thing you think we could do better!

As a young person I remember wishing we had women’s magazines that didn’t see women’s interests from men’s point of view; and talked, not about how to ‘whittle one’s waist’ but about why women felt the waist size was so important. It also feels good to read and know that we aren’t alone in our belief that equality, freedom and justice are for everybody.

Henna For The Broken-Hearted