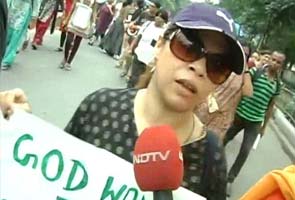 Known earlier as the Kolkata Park Street rape survivor, Suzette Jordan needs to be admired for her brave choice to reveal her identity to the world.

In February 2012, Suzette Jordan was raped in a moving car as she was leaving a night club. As usual, when the crime caught the nation’s attention, the victim-blaming tirade began in full force. Jordan’s identity was not revealed to the public, but the “character” of the mother of two came under severe scrutiny. Instead of bringing the culprits to book, fingers were pointed at Jordan and questions were raised by society: why was she out so late? Was she drunk? Why did she accept an offer for a lift from a stranger? The people in power seemed to completely miss the point – that the answers to these questions were simply irrelevant to the horrific fact that a woman was raped.

Last week, Jordan decided to reveal her name and identity because she believes that it is the criminals who need to be ashamed of what they did – not her. This is a remarkable decision by Jordan as she is fully aware of the repercussions that she would probably face in her everyday life. Hopefully, Jordan’s courageous move heralds a paradigm shift in perspectives and drives home the point that the victim is not to be blamed for rape – that it is not the woman’s fault.

Today Jordan works as a counsellor for women who have been affected by violence and she has transformed into an activist for women’s rights.

– For being courageous enough to stand up and fight for justice.

– For being a comfort to other rape survivors and for reiterating the fact that victim shaming makes no sense whatsoever.

– For changing her adversity into an opportunity to help other women.

How To Handle Workplace Bullying