She shook urban India's conscience, if only for a short while, but Bhanwari Devi's fight for justice was a significant landmark in the fight for women's rights. 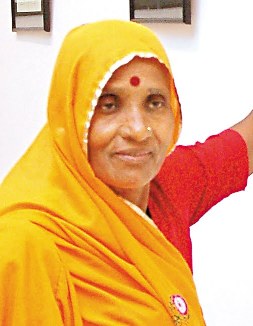 She shook urban India’s conscience, if only for a short while, but Bhanwari Devi’s fight for justice was a significant landmark in the fight for women’s rights.

Raped for daring to oppose a child marriage in rural Rajasthan, Bhanwari Devi refused to keep quiet in deference to the prevailing notions of “shame.” Her case made headlines precisely because it brought deeply embedded bias out into the open. A judge who refused to believe that an ‘upper caste’ man would rape a woman from a ‘lower caste’ – showed us that the judiciary was hardly the ‘unbiased observer’ that many believed it to be.

Shamefully, the case is not yet over, showing us how hard the fight is in India, for an ordinary woman – even one whose voice galvanised so many people. Nevertheless, it had an impact on many areas including the landmark Vishakha guidelines that lay down rules for dealing with sexual harassment at work.

– Because she refused to accept that as the victim of rape, it was she who had to feel shame and cower

– Because she emboldened other such women to speak up

– Because the work of hundreds of saathins like her has made a dent in child marriage rates in Rajasthan, even if the progress is slow

– Because she has braved tremendous odds including social ostracism and poverty, and yet refuses to forego her principles

Bhanwari Devi and the Vishakha guidelines