The ethical and sustainable clothing market is gradually opening up. Are Indian women ready to welcome this change? 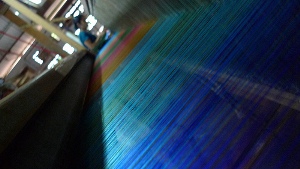 The ethical and sustainable clothing market is gradually opening up. Are Indian women ready to welcome this change?

The concept of ethical and socially conscious living has been growing in the past decades. It’s no longer only the purview of hippies as common stereotypes would have us believe; rather supporting ecologically and socially responsible practices is considered in many societies as the only way to be.

On the other hand, worrying about such things is often thought to be a mark of privilege: in urban America, buying your produce from a farmer’s market, where it’s fresh and directly from growers, now, is a matter of status. Ensuring that your shirt wasn’t sewn by child slaves in China takes time and energy that many don’t have. Perhaps this is why in India the trend of sustainable fashion has taken time to catch on. But there’s a slowly growing market of Indians who value the workers, the process and the fabric that all contribute to the final dress or jacket that they love. For some, clothing is not just about looking great, but it’s about knowing what’s on your body and feeling good about it.

There is an increasing interest from the designers’ side to create sustainable fashion, and that does not exclusively mean garments made from natural or organic fabrics and dyes – it also means employing fair trade practices and supporting small-scale artisans in their traditional handicrafts.

Ethical clothing: A source of empowerment for artisans

The Washington, D.C.- based NGO, Fashion Fights Poverty states, “The industries of fashion, textiles, and design offer unique and effective opportunities for designers, craftsmen and consumers alike to contribute to the alleviation of poverty through trade, skill-building and community empowerment.”

This element is particularly applicable to the Indian context, where entire villages depend on the continued demand for their skills in various forms of weaving, stitching, and printing. As the Eco Chic Magazine puts it, “India can be an ethical consumer haven when it comes to fashion as long as it is properly sourced. It is one of the few countries where age-old techniques of dyeing and embroidery are still culturally relevant.” Fabindia, one of the best known sustainability brands in India.

There is a significant group of people working in this space, from the obvious fashion designers to entrepreneurs in the development sector. Some of the brands whose values fit under the sustainability umbrella include Fabindia, Mother Earth, Grassroot by Anita Dongre, Pero by Aneeth Arora, Aziio, Samtana, No Nasties and others. While there is little market research available on the trend in India, the fact that there’s a growing desire to bring ethically-made products to the Indian public indicates that there must indeed be a shift in the mindset of shoppers if they are open to the important message inherent in these labels. The big question is whether consumers uphold the values behind these brands and actively seek them out enough to pay a premium, and why or why not.

What do industry insiders say about ethical clothing?

A few from the industry weighed in on their thoughts about this, with varied perspectives on the consumer mindset.

Aneeth Arora, who works closely with the same artisans, season after season, to create the hand-crafted textiles used in her garments says, “I think [my customers] are drawn to the aesthetic first, and then gradually they become sensitive to what they’re wearing. As a designer, my intent is to create something that aesthetically appeals to people first, and when they’re attracted to it, they’re bound to learn about it.

There are all sorts of people – there are some who get drawn to a piece of clothing without knowing what has gone into making it, some want to spend that kind of money because they know it’s a special technique that the designer has used – but now the market is changing and more people want to be aware of what they’re wearing. I don’t know what people think when they buy my clothing, but I definitely feel that the way they think about clothes in general now is changing. It’s not only about glamour – it’s also about feeling good in what you wear.”

…the market is changing and more people want to be aware of what they’re wearing.

Poorvadeep N. Mhatre of Aziio, which specializes in drapes made from natural bamboo, says, “Particularly in India, I don’t think [consumers show a wider consciousness for eco-conscious fabric]. Because even if you procure organic fabric, then there’s the dying, and then there’s the design part of it, and it adds up so much in cost that a lot of people in India are not willing to spend the money.

My clients are not aware at all of the positive aspects of bamboo or natural fabrics in general. People go for the look rather than the fabric; overall, a lot of people who buy designer outfits are still not conscious of the fabric quality, whether it’s polyster or silk or if it’s organic. The baseline is that they just want the look.”

Ben Heinkel at Samtana, which sells t-shirts made from cotton that is 100% organically grown by farmers that have been certified in meeting the Global Organic Textile Standard, says, “People who have come to us being solely interested in our designs have ended up realising what it is they have just supported with their purchase, and thanks to the information on our website and the tags we ship with the t-shirts themselves, they now understand the importance of organic clothing – which we’re ecstatic about.

There is an ever increasing number of organic shops and brands sprouting across the country, and they are attracting attention. I just read an article yesterday about old HOPCOM shops in Bangalore being converted into shops selling organic produce across the city. If there wasn’t a growing consciousness, or the demand for organic products, none of this would be happening.”

These last two points are positive and signal a move in the right direction, but there are still some obstacles. Pallavi Ganguly, a fashion management student at NIFT Patna, conducted a study to assess the future of ethical apparel in India. She took into consideration changes in design trends, the evolution of design technology, and the awareness levels of consumers and their perceived ideas of this niche industry. Ganguly found that:

– Consumers are aware of some ethical fashion brands; however their awareness level of manufacturing such brands has to be enhanced.

– Consumers demand pricing transparency for eco-friendly products. Awareness of the mechanism for evaluating such products is essential.

– Consumers perceive eco-friendly products as dull and out of fashion, suitable only for “tree-huggers.” Such a trend has to be changed.

Fashion designers have the greatest challenge of all: finding suitable sustainable design solutions that are desirable and educate the market about the benefits of their products.

There is “green-washing”- a trend adopted by some companies in which they label as “green” any product they wish. Consumers are wary of such dishonest practices and need to be accurately informed.

Ganguly’s conclusions were echoed by an avid wearer of sustainable clothing, Nisha Vikram. Vikram is the founder of CraftCanvas, which creates home decor and interior design products with handicrafts. Through her contact with hand-block printers who work with natural dyes, she grew more aware of the pluses of wearing clothing that would benefit artisan communities. At that time, a few years ago, she didn’t even know that such options existed. Vikram also thinks India is still kind of a tough place for eco-friendly fashion to gain traction. “It may be a growing trend, but not as fast as it is supposed to grow,” she said. “Options available are limited and even the ones available face stiff competition from mass produced synthetic ones. The majority of the market is price-sensitive and the awareness levels haven’t trickled down.”

Vikram adds that organic or otherwise ethical wares are still an up-market or boutique concept that people know come at a cost. This is a deterrent; even she wishes there were more affordable avenues to dressing with a conscience. Still, this lifestyle choice is something she believes in deeply, particularly because she feels that it’s the easiest way to cause minimal drain on the environment based on what she consumes – versus growing her own vegetables, rain-water harvesting and keeping plants that put oxygen back into the air. “I take pride in buying from craftspeople who need the money and support. I am happy that my choices help empower people,” she says.

It is certainly worth it. We hope more consumers will see the value in doing the environment good in such a simple way.