The mother-daughter bond is special, but gender inequality rears its ugly head to bar an Indian daughter from being a part of her mother’s final journey. 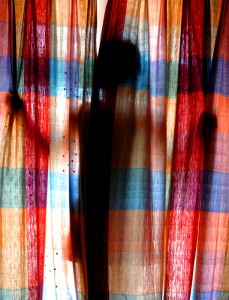 The mother-daughter bond is special, but gender inequality rears its ugly head to bar an Indian daughter from being a part of her mother’s final journey.

My mother died of terminal cancer almost two months back. For two years, starting from August 2010 and ending in August 2012, she fought a very brave, even though an ultimately losing battle.

And I, her daughter and her closest friend, was with her every step of the way.

For the last two years, I took up freelance jobs, short term jobs, jobs with flexi-time options, jobs that weren’t the right option for me career wise, so that I had enough time to spend on and with her.

For the last two years, I ignored my newborn son, two months old when mom’s cancer recurred, to take care of mom. In the last two months of her life, I moved in with my parents, which meant I would not see my son for days on end. My husband and in-laws took care of him.

I am not complaining nor am I staking claim to a halo for my greatness. I made the choices I made because I loved her. As much as I needed to take care of her, I also needed to be close to her, knowing well that our time together was limited.

During her final months, I did everything for her. EVERYTHING. I bathed her, took her to the toilet, held her as she puked blood, cut her dirty clothes when she was too feeble to get out of them, stayed up through the nights as she started losing her senses, just so she wouldn’t harm herself.

She was in my arms when she died.

And as soon as the last breath left her body, it started. Unknown to me, my relationship with her had instantly changed.

The Indian daughter: Expendable at convenience

When they started to move her body from her bed to the floor, they told me I could not help in picking her up. Anyone else could, including my brother and his wife, in fact especially them, but not me or my husband. I was the daughter and he the son-in-law; our contribution to any of the last rites would ruin her “parlok” (afterlife). “Paap chadaogey apni ma ko, chutkara nahin milega ussey” (You will make her a sinner, she will not find peace). I screamed at the person who said this, knowing little that the next few days I would have to fight every step of the way, to touch my dead mother, to do stuff for her for the last time.

As visitors poured in, everyone would go and touch her feet. When I got up to do that, an uncle who had visited my mother perhaps twice during her illness, stopped me. Apparently, daughters can’t touch their parent’s feet, not even dead parents.

I wanted to put a shawl over her dead body, as they were taking her away. I was told only the sons’ side of the family could do it.

My husband, who was much loved by my mom, couldn’t help carry my mother during the funeral procession, nor add wood to her pyre. I was told that neither the husband nor I could go to collect her mortal remains.

And every time, I was given the same reason for being stopped.“Maa ko paap chadega.” (You will make her a sinner.)

Why is the mother-daughter bond any lesser?

I was forced to wonder, what flipped when mom died? How did I go from being her primary care giver to the only unwanted person around?

Ultimately, I fought a few times but then the fight left me. It was exhausting, grieving over the loss of a parent while being judged for being a “pointless troublemaker”. By extended and close family alike. The extended family I could ignore, because where were they when my mom really needed help? It was the behaviour of the near and dear ones, people who were part of this struggle over the last two years, which hurt the most.

…what flipped when mom died? How did I go from being her primary care giver to the only unwanted person around?

It’s not like my family suddenly stopped loving me, but that they really believed in what they were saying. They were genuinely concerned that I was ruining my mother’s chances of ending in heaven.

Whatever “concessions” I received, were “granted” when my husband and my brother intervened. My brother for instance made sure I went with him to pick my mother’s remains. But needing men to stage an intervention on your behalf, isn’t that just more of the same?

Gender inequality stays all the way

Gender inequality won’t go away till it is equality all the way. You could give me the best education and opportunities, but by refusing to let me fulfill my duties same as my brother, you are keeping me unequal. Equality, just like everything else in life, is a two way street.

People will continue to want sons over daughters, as long as they believethings like heaven will be denied to them, unless they are laid to rest by a son. And if we are part of a demographic that claims to “value” our daughters and see them as “equal”, then it is our moral responsibility to STOP following traditions that help maintain the status quo.

Else, whether you agree or not, indirectly if not directly, you too are guilty of propagating a culture that is happy to kill its infant daughters and burn its brides alive.