Why I Hired A Nanny

Overwhelmed by motherhood duties and household responsibilities? An Indian mom shares how hiring a nanny saved her! 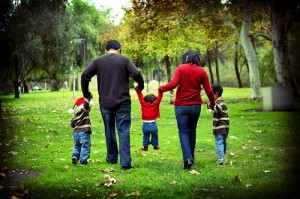 Overwhelmed by motherhood duties and household responsibilities? An Indian mom shares how hiring a nanny saved her!

I used to think that hiring a nanny was the most pretentious cop-out ever to being a parent. The first time I came across the concept of a nanny, other than in movies like The Sound of Music, was a friend of a friend who had three kids and a nanny. At the time, being a newlywed with no kids, I thought I knew it all when it came to what kind of parent I wanted to be and what type of kids I would have; well behaved, smart, respectful and of course, ones who never watched TV because we’d always be outside learning and discovering. I judged anyone who had a nanny and I swore that no matter what, I would never be that ‘selfish’ or ‘inconsiderate’ to my children.

Is hiring a nanny pretentious?

A couple of years later, my son Yusuf came along and then 18 months later, his brother Zeeshan popped out. I had a few girlfriends by this point that had nannies they would rave about. I had also matured in my opinion of nannies and although I did see the benefit and realized the cost was nowhere near what I thought it was (much more affordable actually), I still wanted to do it ‘on my own’. So that first year of my second son’s life, I managed two babies by myself. With no help from my mother, who lives four hours away, or my mother-in-law, who has her hands full taking care of her own aging mother.

My husband would walk through the door at 5:15 PM and I would be ready to run out, yelling that I needed a break and would be at the Starbucks down the street for half an hour or so. This is how life continued: me being exhausted and my husband working double duty with work and evening daddy duty. Never mind our relationship, which was non-existent.

Regardless of how worn out I was, both mentally and physically, I remember secretly judging my friends with nannies, especially the ones who weren’t working. The concept of having ‘outside help’ in North American South Asian communities is often received with judgment, ignorance and misapprehension.

Regardless of how worn out I was, both mentally and physically, I remember secretly judging my friends with nannies, especially the ones who weren’t working.

As an Indian mom, you are supposed to do it all on your own. Be an energetic and happy mother who is always challenging her children with new lessons, life plans and outdoor adventures. A wife who can manage a spotless house, make a healthy meal and have enough energy left over for her husband to ‘always be in the mood’. A working woman who can handle her deadlines, projects and coworkers without batting an eyelash. A friend, daughter and sister who is always ready and willing to lend a supporting ear. We are supposed to be superwomen – all with a smile on our faces.

Well, I was no superwoman during that first year with both kids. And I certainly wasn’t smiling. I was drained, hormonal, overworked and overwhelmed. I had zero energy left for my relationship, which used to be one of my favorite passions.

When my husband suggested the possibility of hiring a nanny, I had every excuse in the book: we couldn’t afford it, there was no point since I work from home, the idea of a stranger in my house creeped me out. I had convinced myself that date nights were a thing of the past and this was going to be our new life. Secretly though, I think I wondered what people would think of the idea of me doing something so seemingly ostentatious.

The idea of having an uninterrupted conversation with my husband or having a spotless house with two toddlers running around started to win out and I relented. I crunched the numbers, did some research and realized that a nanny is much more affordable than people think. We went through about 40 interviewees in search of our Mary Poppins and finally found someone we liked. It’s now been ten months since she’s come into our lives. We chose a live-out nanny as opposed to a live-in and she has been a huge blessing.

Hiring a nanny: An empowering decision

I get to start my day off with a long shower, a luxury I gave up when I became a mother of two. I regularly go out with my husband on date nights now where we can actually connect. Many people think a nanny is a replacement for a mother, which may seem threatening to some. But while I’m out at the splash pad with my boys, my house is being cleaned, laundry being folded and dinner being cooked. My kids rarely ever watch TV anymore because mommy has energy to run around with them. On the days when mommy is working, our nanny has them exploring the outdoors.

Indian moms are already know how much your relationship changes after having a couple of kids. You really have to work at it to stay connected; otherwise you’re just going through the motions. Our nanny has re-opened the doors to our relationship. My husband will openly tell people that the biggest change in our lives since we’ve gotten a nanny is me. I am a completely different person. No longer exhausted or overwhelmed, I am full of life and energy. I find him funny. I like him again!

For those of you out there who are considering the nanny route, I say go for it. It is life changing.

I still have those friends who smirk when I bring up my nanny and I can’t even judge them. I used to be them. They just don’t know what they are missing. For those  Indian moms who are considering the nanny route, I say go for it. It is LIFE CHANGING. Your kids will have a happy mom who is full of energy, who can go to work, run errands, see friends, go grocery shopping. It doesn’t make you a bad mother to have a nanny. Think of it this way, if you are Indian, chances are, they grew up with nannies, they were just called maids or naukhars.

Sure, there is no doubt we are capable of doing it all. But why should we have to? If we have affordable help, why not take it? I did and it changed my life. To all those I judged, I’m sorry. I had no idea what I was missing!