Ganesha on the dashboard successfully takes apart the many superstitions and myths that we Indians happily subscribe to. 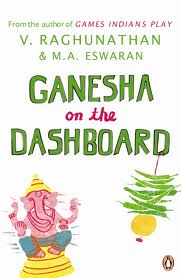 Ganesha on the dashboard successfully takes apart the many superstitions and myths that we Indians happily subscribe to.

Ganesha on the Dashboard is an uncommon but likely name for a book which deals with “scientific temper” and how Indians are somewhat deficient in the same, outside the realms of the classroom and professional world. Our approach to most things is largely fatalistic and the common man is resigned to his destiny. The invisible hand of Karma hangs over us like the sword of Damocles, rendering us a little reactive.

Ganesha on the dashboard, the title, succinctly sums up how we put blind faith in the Almighty, unmindful of the simple precautions we ought to take. For instance, we take great pains in consulting a purohit and identifying the muhurat while purchasing a vehicle, so that  it gives us hassle-free service but shy away from wearing the seat-belts unless compelled by law. No amount of statistics proving why wearing helmets are useful can convince us that wearing helmets could save our lives. Interestingly, less than 20 percent of Indian motorcyclists wear helmets when not under legal compulsion.

The authors V. Raghunathan and M.A. Eswaran are undoubtedly erudite and have gained considerable credibility from their other successful book, Games Indians Play. The intent here is to critically examine some commonly held beliefs and ideas in India, where superstition and blind faith reigns supreme. This is contrasted with very real and illustrious examples like the incident of Neils Bohr, who refused to comply his teachers with the traditional method of understanding physics in measuring the height of a skyscraper and tells them instead, ‘I just don’t like people telling me how to think’. 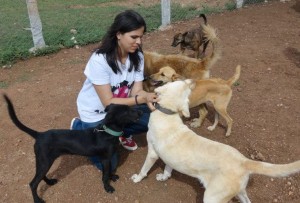 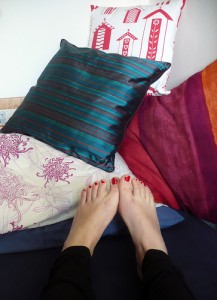 Interior Décor Ideas: For Women On The Move

Some 450 years ago, Francis Bacon was very apt when he observed that “the root of all superstition is that men observe when a thing hits, but not when it misses.” This book does precisely that. One case at a time, it tries to dispel myths and show the reader, the misses “also.” Vaastu, the rain God, roadside places of worship are among the many ideas and practices that the book attempts to debunk and does convincingly, at most times. Does Science have an answer to everything, is a challenge which is oft put up by the superstitious-minded. Well, no, but at least Science makes an attempt.

The language is lucid, thus making it an easy read. The ideas are rather complex and some chapters may require more than one reading to comprehend the line of argument. For instance, the chapter on Astronomy vs. Astrology is one which derives its premise by leveraging mathematical concepts like Probability, Permutation and Combination.

The only area the book falls short on is delivering to a clear target audience. For someone who is a casual reader of Science and scientific ideas, the book does get a bit dense at times. For someone who is already steeped in Science and has a natural inclination towards the subject, it may seem rather simplistic. What is commendable about the book is its size. Almost nowhere does it get didactic and retains its brevity throughout. It was never going to be easy to argue against age-old beliefs and challenge ideas which are sacred to us. As a primer, this book does wonders and certainly creates an avid sense of interest, to read up further on any of the designated topics.

The appendices in the end are noteworthy because the authors are able to capture millions of years of development of major scientific ideas in a tabular form restricted to a few pages.

Not a book that your grandmother or even your mother might agree with or even those who believe that there are things in this universe that are beyond a scientific explanation, or maybe for many of those Indians who still relish an unexamined life that allows them the adrenalin rush of not wearing a helmet while cycling downhill!

If you’re planning to purchase Ganesha On The Dashboard do consider buying it through this Women’s Web affiliate link at Flipkart. We get a small share of the proceeds – every little bit will help us continue bringing you the content you like!

Readers outside India can purchase Ganesha On The Dashboard through our affiliate link at Amazon.

Meet Manali Shenoy Kamat, the woman entrepreneur behind Indian Concepts - which offers ethnic wear for women at work in India. 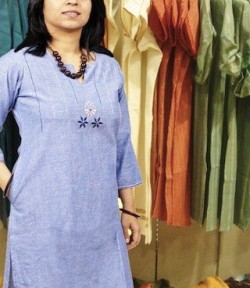 Meet Manali Shenoy Kamat, the woman entrepreneur behind Indian Concepts – which offers ethnic wear for women at work in India.

Manali Shenoy Kamat decided to launch Indian Concepts when she realized that many working women in India are not too comfortable with western wear and yet have limited options otherwise. Indian Concepts aims to bridge this gap by providing comfortable and elegant ethnic wear for women at work.

The Bad Boys’ Guide To The Good Indian Girl provides insights into why Indian women do the things they do. 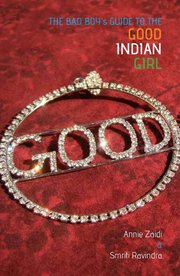 The Bad Boys’ Guide To The Good Indian Girl provides insights into why Indian women do the things they do.

According to the authors of The Bad Boys’ Guide To The Good Indian Girl, Annie Zaidi and Smriti Ravindra, the Good Indian Girl, or the GIG, is a ‘condition’ and the word ‘good’ isn’t the opposite of bad. The good Indian girl is one who has managed to find a way around social restrictions by pretending to conform and doing what it takes to survive. Annie Zaidi and Smriti Ravindra identify certain situations and analyse them through illustrative stories that, as they point out in their preface, are not quite fiction. “About 80% is fact. Most stories are drawn from our own experiences, or that of our schoolmates or college friends, or friends of friends,” Zaidi said in a recent interview.