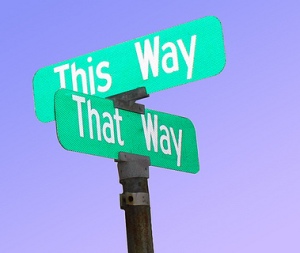 Epidural or natural? Natural or elective? Breast or formula? Co-sleeping or crib? Lose the pounds before the stitches heal or let the kangaroo pouch be? Stay-at-home, go-back-to-work, or negotiate part-time week? Six-inch heels or I-love-my-back-shoes?

With French feminist Elisabeth Badinter declaring how feminism is under threat from being a “good mother”, followed by the “sensation” around the Time magazine cover that showed 26-year old Jamie Lynne Grumet breastfeeding her almost four-year old standing on a stool (“admittedly to create a media craze to get the dialogue talking“), to former Miss World Aishwarya Rai Bachchan’s “shocking” post-baby weight gain, it seems motherhood is on everyone’s radar. From diet, to clothes, to weight-gain, to heels, to breast milk, every little thing around breast and womb is being dissected, discussed, and served as a “crisis”. And anyone, with or without the breast or the womb has an opinion, one extreme or the other, including me.

I just don’t have an extreme. I have breasts, womb and an opinion.

The story of countless working mothers

I am a mother and I share the pain, the tears, the joy, the frustration, and the love that comes with being a mother. The pain of carrying a human baby who sits on your bladder twenty four hours a day, kicks you as you flag a cab to report for an assignment, makes you drowsy as you take notes on gender and state relations in a post-grad class and comes with raging hormones that leave you with melasma rings and sudden outbursts. And even though you are active, measure the calories, consult the dietician, you gain 50 pounds transforming into a giant panda with no jutting out cutesy little baby bump.

Yes, I am that mother, who tried to balance post-grad work at university, a job as a reporter and saw myself grow into a giant ball. All good, till labour hit. I was in labour for over 20 hours and without drugs. I didn’t get to celebrate my “heroic” deed because I ended up having a C-section and the drugs, anyways. This after I did everything “right”. I had no complications, no history of any disease, no gestational diabetes, and no medication. I just had a big baby for my average body frame and it had to be delivered surgically after all the efforts to do it naturally failed. (My daughter was a healthy 9.2 lbs)

I am a mother and I share the pain, the tears, the joy, the frustration, and the love that comes with being a mother.

Needless to say I was exhausted and disappointed because I had wanted a natural birth. But my newborn daughter wiped away the exhaustion with her angelic face. Or maybe it was the morphine being pumped into my blood. It didn’t matter. What mattered was I wanted to breastfeed right away. Armed with what-to-know-when-you-are-pregnant research I knew I had to get my colostrum inside my baby before the elixir evaporated from my breasts.

I drove the nurses up the wall with my constant queries of ‘when’ can I start breastfeeding. But it wasn’t the dear nurses who kept me away from breastfeeding but my not-so-little girl who was thankfully born with a good layer of fat and just wasn’t hungry.

She eventually got hungry. And I got frustrated. Breastfeeding wasn’t the way I had imagined it would be. It was painful. It was a skill, an art form of which I had no know-how. It took her and me a good three days to learn how to latch and feed. After all the biting and bleeding, we finally did it. It was incredibly peaceful, fulfilling, and blissful – the best choice I ever made.

Soon after I started with full-time post-grad school and continued to breastfeed. I’d get up at four in the morning, pump milk, get ready, strap my two-month old in the car seat, drive to the childcare, attend classes, run to the childcare between classes to relieve my breasts, and then drive back home, feed her, do my assignments with her perched on a pillow between me and the laptop. I had bouts of crying fits and at one point, my husband begged me to put the baby on formula. I didn’t cave in.

I was constantly hungry and tired. Instead of losing any pregnancy weight, I gained more. But I knew I wanted to do this. I never felt bad. I never felt heroic. I just felt right and exhausted. If I could go back in time, I’ll do it all over again.

Because, I consciously made that choice. And had the freedom to live it.

I weaned my daughter at one-year mark not because I got tired of it but because I chose to, and felt comfortable with it. Soon after, I left her for a month to film a documentary on the other side of the globe. The next four weeks, I was on road, filming and reconnecting with myself, my work, with no baby in between. That didn’t mean I had forgotten my daughter; I missed her, terribly. Even though I knew she was secure with her father and a caring caregiver, I tossed and turned at night and called my hubby every night to just listen to her coos. But I never regretted leaving her for such a long break.

After I came back, she was a normal part of our hectic lives, my hubby went to work as usual, I finished my degree, found work and then I got pregnant again. I continued to work into the pregnancy but had to take some time off to rest, thanks to some complications.

My husband supported me. It worked perfectly. I breastfed my son for a full-year and the second year, I worked on my diet and fitness. (I still am working on losing those last few pounds)

Do my choices make me less of a success? 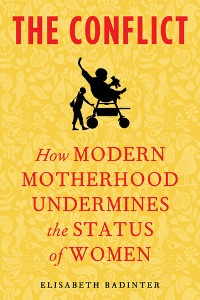 Ms. Badinter, I admit I still have to read your book The Conflict: How Modern Motherhood Undermines the Status of Women (I will order one soon), but going from media reviews and the available excerpts, I take it you say, by doing what my mother, grandmother and great-grandmother did before me, I somehow undermined my status in the society.

Yes, I took a break from my active journalism career but how does this make me less of a success? I loved every moment nurturing, feeding, and raising my kids. Isn’t that a success? Isn’t it a triumph to love one’s life?

Yes, it was painful and backbreaking work, (isn’t working as a reporter physically and mentally demanding?) but it came with a lot of love and learning. I learnt patience, human behaviour and soaked the joy that came with it.
My son turns two next month and my daughter turns five; she starts full-time school this September. This gives me plenty of time and opportunity to work and weigh my options, including starting my own blog. Now on the other extreme, does this suddenly make me less of a mother?

Real feminism is about having choices, having the freedom to live those choices, empowering women to live complete, harmonious lives.

The critical element is: choice. Thousands of women around the world go to work because they are forced to, and thousands have to abandon their professional career graphs because they are coerced to. Real feminism is about having choices, having the freedom to live those choices, empowering women to live complete, harmonious lives. Not toe one line of direction to be “successful”.

What is success anyways? Who measures it?
The patriarchy.

Women are always measured against the success of men. We have to compete against “them” to be proven successful. To me, it’s like comparing apples and oranges, which is unfair. We have the womb, we have the breasts and we have the brains. All we need is choices and the freedom to live those choices.

Kudos to Ms. Grumet, just leave her alone. I think she is doing an incredible job in attachment parenting. And Ms. Badinter, you have the right to express your opinion. And Ms. Rai Bachchan has the right to take her time to shed those post-pregnancy pounds. Just don’t label these “choices” as a forced way of life for millions of women around the world.

Let each have the freedom to pick her own. So our society doesn’t force women to conform to some ridiculous standards knitted in patriarchal framework that force the likes of French politician Rachida Dati to return to work five days after giving birth and it doesn’t become a fashion crisis when Hollywood celebrities like Victoria Beckham have to wear flat shoes postnatal (and hide from cameras) or Ms. Rai Bachchan to be ridiculed when personally, I think she looks rather cute in that double chin.

About The Author: Anu Sandhu Bhamra is a Canadian journalist with transnational experience. An award-winning broadcaster, print and web reporter, Anu is an integrated journalist who has reported across major media platforms – print, television and web for over a decade. You can find her online at sandhubhamra.com or follow her @SandhuBhamra.