What are the red flags that indicate common health problems in women? We tell you the signs that every woman must watch out for. 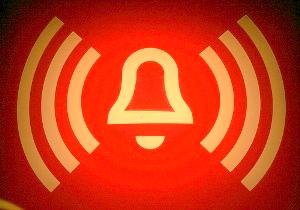 What are the red flags that indicate common health problems in women? We tell you the signs that every woman must watch out for.

While balancing the demands of home and work, Indian women notoriously put their health last. We tend to downplay symptoms, take over-the-counter medicines, hoping that it would take care of the illness.

However, at times when ‘red flags’ show up it could be a sign that proper medical attention is required. A complete check-up should be done periodically, as early intervention can save a life.

Here are 6 red flags that are often overlooked as common health problems in women. But they well may point to other serious underlying issues with women’s health. It could be because of a tiring, stressful day, a pre-menstrual headache, or even a migraine. These can usually be treated with a painkiller, rest and avoiding the trigger.

– Headache with difficulty in reading small print or something on TV – corrective glasses are needed.

– If the headache persists over many days, it could mean nutritional deficiencies. Maybe you are on a diet deficient in key nutrients like vitamins and minerals, especially iron.

– Headaches increasing in severity/frequency, with vision/speech/balance problems, confusion, and change in personality could mean a brain tumour.

– A splitting headache with high fever could be meningitis.

– A sudden, blinding headache accompanied by sudden loss of motor and/or sensory control, or a ‘senior moment‘, could be a stroke, especially in women on contraceptives, and/or smokers. Most women have a fairly regular menstrual pattern. The commonest reason for a change, of course, is pregnancy. If it isn’t, any change from the ordinary routine should be treated as a red flag.

– Irregular periods, with either unusually low or heavy bleeding, with persistent tiredness, could be severe iron deficiency requiring a blood test and iron supplements. The doctor would also need to check for the reasons causing the deficiency – these could be a combination of factors like a lack of iron and folic acid in the diet, heavy menstrual bleeding and multiple pregnancies, and treatment of the reason becomes necessary.

– If there is bleeding between cycles (breakthrough bleeding) along with high blood pressure, it could be a side-effect of the pill or an IUD.

– Other worrying reasons for unusually heavy and painful bleeding could be endometriosis (lining of the uterus found outside the uterus), uterine polyps or fibroids, or something more serious like uterine or cervical cancer.

– If pregnant, sudden onset of heavy bleeding with pain could be a miscarriage. A stomach ache is one of the commonest symptoms. It could be just indigestion. There is the accompanying inconvenience and discomfort, even pain, but you get better soon. If this occurs frequently, it could be irritable bowel syndrome; that just needs to be managed. So how do we know if it is something more serious needing attention?

– A constant, nagging pain in the lower abdomen, with a yellowish-greenish vaginal discharge, painful urination and pain during intercourse could be pelvic inflammatory disease, due to infection, and a preventable/treatable cause of infertility.

– Severe pain and bleeding on intercourse could be cervical cancer.

– Severe pain in the right upper abdomen, usually after a heavy meal, radiating to the back, with vomiting, could be gall bladder disease or pancreatitis.

– Severe pain that comes in waves, radiating down to the thighs, accompanied by an urge to urinate could be a kidney stone.

– Persistent, severe pain not relieved by any treatment, along with significant loss of weight and tiredness could be a cancer of an internal organ, gone too far. It may be asymptomatic during early stages, usually detected during routine abdominal check-up. This stresses the importance of a regular, periodic health check.

– Sudden pain with breathlessness and dizziness could be an unusual symptom of angina or even a heart attack.

– Sudden sharp pain in lower right abdomen, heightened when the area is pressed on and then the pressure is quickly released (rebound tenderness) could be a burst appendix. It could be tiredness after many long, busy days, or sleep deprivation because of a baby.

– Severe anaemia in Indian women – refer to the first red flag under ‘change in menstrual pattern’.

– Snoring can cause sleep apnoea (frequent waking up) leaving you feeling tired in the morning – often seen in overweight and/or post-menopausal women.

– Persistent feelings of sadness, guilt, worthlessness, irritability, crying spells, loss of interest in everyday activities with the tiredness, with/without some recent loss could be depression –  a common mental illness in many Indian women which needs to be recognized and treated.

Sudden fatigue, with breathlessness, a seizing pain in the chest/abdomen, and dizziness could be a heart attack.

It could be a painful abscess, a soft lipoma, or an encapsulated cyst, all of which can be easily treated.

A hard, painless lump can be an early symptom of breast cancer. Pain occurs in later, difficult to treat stages, because of infiltration on surrounding structures and spread of the cancer cells. These are natural as we age – acne during puberty, brownish patches around menopause. Sometimes, though, they may be more than cosmetic annoyances.

– Dry skin with brittle nails could be a sign of calcium deficiency caused by a low calcium diet, an indoor lifestyle and vegetarian food habits (both leading to insufficient Vitamin D). Multiple pregnancies with breastfeeding, could lead to osteoporosis post-menopause which in turn leads to spontaneous fractures. Most fractures late in life – with increasing life-expectancy – can become debilitating, even fatal.

– Appearance of numerous new moles or a significant change in existing ones, which may become larger, much rougher in texture, can be an aggressive cancer called malignant melanoma.

Social factors, lifestyle choices and frequent hormonal changes make for many women specific disorders. Paying attention to the red flags can often make the difference between life and death. We hope you found these health tips for women useful!