It Can’t Happen To Me!

Cervical cancer is fully curable – if detected early enough. We Indian women must overcome our hesitation to discuss reproductive organs. 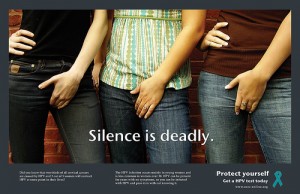 Cervical cancer is fully curable – if detected early enough. We Indian women must overcome our hesitation to discuss reproductive organs.

Still think it can’t happen to you? I thought so too. For almost a decade, knowingly, willingly, I skipped gynaecologists’ appointments to get a checkup and PAP smear. There was no reason other than inertia and the feeling of omnipotence – it can’t happen to me! Add to that work pressure, domestic commitments, Saturday schedules packed with grocery shopping, PTA meetings and every imaginable important unavoidable engagement that could not be postponed or rescheduled.

When I finally managed to reach a gynaecologist, I had a severely abnormal PAP report and was diagnosed with the earliest stage of cancer. I was lucky. I escaped with just a surgery as treatment. A few more months and I would well have been in an advanced stage, trudging from home to hospital for endless treatments, work and life in cold storage.

An overview of cervical cancer

Cervical cancer like all other cancers is completely asymptomatic in its early stages. Symptoms show up once the cancer has already reached dangerous stages. If there are any early symptoms at all, they closely mimic PMS or ovulation pains and are easily mistaken as routine gynaecological / hormonal issues.

The cervix is the lowest portion of a woman’s womb. Most of the uterus lies in the pelvis, but part of the cervix is located in the vagina, where it connects the uterus with the vagina. Cancer of the cervix occurs when the cells of the cervix change in a way that leads to abnormal growth and invasion of other tissues or organs of the body. Infection by the HPV (Human Papilloma Virus) is one of the commonest causes of cervical cancer, causing upwards of 90% of all recorded cases.

If there are any early symptoms at all, they closely mimic PMS or ovulation pains and are easily mistaken as routine gynaecological / hormonal issues.

Like all cancers, cancer of the cervix is much more likely to be cured if it is detected early and treated immediately. One of the key features of cervical cancer is its slow progression from normal cervical tissue, to precancerous (or dysplastic) changes in the tissue, to invasive cancer. It is estimated that it may take from one year to fifteen years for such changes to become a frankly invasive cancer. This slow progression though numerous precancerous changes is significant, since it means there are several opportunities for early detection and treatment.

Abnormal bleeding: Women with cervical cancer may experience abnormal vaginal bleeding. This can be heavy or light bleeding during the month.

Unusual heavy discharge: An increased vaginal discharge which may be foul smelling, watery, thick, or contain mucus is also a symptom of cervical cancer. It is important to report any unusual vaginal discharge to your doctor.

Pelvic pain: Pelvic pain that is not related to the normal menstrual cycle can be a cervical cancer symptom. Many women describe them ranging from a dull ache to sharp pains that can last hours. It can be mild or severe.

Very heavy bleeding during your period or frequent bleeding between periods warrants evaluation by your health care provider.

Bleeding after intercourse, especially if the bleeding happens repeatedly needs evaluation by your health care provider.

If you have vaginal bleeding that is associated with weakness, feeling faint or light-headed, or actual fainting, go to a hospital emergency department for care.

The incidence of full blown cervical cancer has reduced dramatically in the United States since implementing  annual pap smears for all women. All sexually active women must get annual PAP smears to detect any abnormal cell changes at the earliest. Typically a PAP smear costs in the range of Rs 250-500 and takes just a few minutes for sample collection. This investment of a few minutes can save you several hundred thousands in treatment, not to mention the severe emotional trauma of accepting the reality of the C(ancer) word in your life.

All sexually active women must get annual PAP smears to detect any abnormal cell changes at the earliest.

Many Indian women, no matter how educated & independent, will invariably put home, children, husband, family and work before their own health & well being. Many will see a doctor only when they are unable to get out of bed. We need to look at ourselves as essential productive members of society and give women’s health & well-being the importance they deserve.

In our country, a woman’s relationship with a gyn/obs, typically begins & ends with childbirth. Menstrual pain, PMS or any other gynaecological problems are swept under the carpet or treated with pain killers and a cavalier attitude. We stubbornly refuse to acknowledge the presence of reproductive organs in our bodies, other than for purposes of procreating. Some of us may consider giving importance to medical issues as a sign of weakness. The need to keep our uteri and ovaries healthy along with our hearts and lungs and joints is critical. And yes, this is true even after menopause!