The experiences of five women who have cared for an elderly family member – how they coped and what we can learn from them. 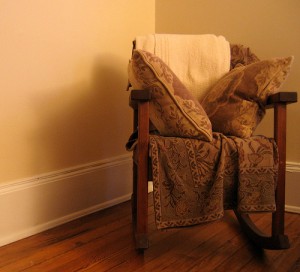 The experiences of five women who have cared for an elderly family member – how they coped and what we can learn from them.

We will all have to go through it one day or the other – caring for our loved ones as they grow older and infirm. Many of us have already been through this process and looked after our parents/in-laws when they fell ill and were unable to do for themselves. In the process, it is usually women who have to invest a lot – emotionally, physically and mentally.

Nidhi Gupta has been married for 6 years and her time with her husband has been, “compromised from day one”. While her sister-in-law who also lives with them suffers from Down’s syndrome, her mother-in-law suffers from dementia. Nidhi’s husband, Nikhil used to be the caregiver for both mother and sister till he got married. Nidhi used to work earlier but gave up work when their son arrived. Since she stopped working, she is in charge of taking care of both mother-in-law and sister-in-law completely. This has taken a toll on her relationship and in the early stages, she and her husband would often end up fighting. 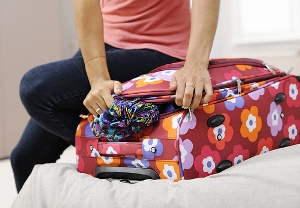 Working Woman On The Move 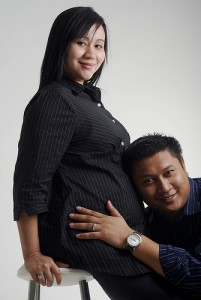 Here are her tips for women in similar situations:

– Communicate: Talk to your spouse about how you feel. Listen to what your spouse has to say as well.

– Understand: A certain amount of understanding is required in any relationship. Nikhil, she says, understands what she goes through and does not take her for granted. She views it from the angle that today it is her in-laws who are in this position, tomorrow it could be her parents.

– Don’t sweat the small stuff: Nidhi has also realized the importance of picking her battles with Nikhil. She has long since understood that she has no control over her privacy or the amount of time they spend together as a couple. She has just let go.

– Coping with her own needs: When Nidhi gets depressed at times, she turns to close friends to vent. When all else fails, she turns to reading which has always been a hobby and is a source of comfort and distraction.

– Make the effort: She feels it is very easy to wallow in self-pity and say, “why me”. Nidhi however, makes the effort to snap out of this, if the feeling ever occurs and carries on with life.

Dr. Sadhana Natu is another woman who was in a similar position. Her take on this is, “It depends on the mindset”. Dr. Natu looked after her mother who was bedridden with severe arthritis and related complications for several years, right up to the time she passed away. She is very matter of fact about this and feels that looking after one’s parents, “is part and parcel of life. As we grow older, so do they and we must accept the challenges that come with our parents growing old”. She was living with her partner and son at the time and stresses that her partner gave her complete support during those dark days.

There were many adjustments to be made but she did not look at these as “sacrifices”, but as “alterations” that were needed.

There were many adjustments to be made but she did not look at these as “sacrifices”, but as “alterations” that were needed. Dr. Natu is the Associate Professor and Head of the Department of Psychology of a reputed college and admits that her professional training in Psychology helped. Some important lessons that she learnt during this process which she feels could help other women are:

– Live in the present: Enjoy the time you have and cherish the relationships you have. Make the most of the time given to you. No one knows what lies ahead.

– Acceptance: Accept that this might happen to your parents or your in-laws. Understand that this is a natural progression of life. “We will all be in this situation one day. Life comes full circle, they looked after us, and we must now look after them.”

– Support: Ensure that you have a supportive circle.

One day at a time

Shilpa Desai still does not know how she coped with looking after her father who eventually succumbed to colon cancer. She says, “I was used to my parents looking after me. Now it suddenly was the other way around.” Her father was diagnosed with cancer in 2007 and passed away three years later. Those were difficult years for her. Her husband was working away from home, her daughter was in the eighth standard, her son in the first. She had to see to all her father’s needs, coordinate other house related problems, see to her children’s studies and also look after her mother who had started getting depressed. She says, “Life had come to a standstill and we were only dealing with the disease.”

I was used to my parents looking after me. Now it suddenly was the other way around.

Her take on how she coped:

– Her parents helped: Very often initially, her parents tried to solve minor problems on their own. She was only brought into the picture when they could not do so or when there was a major problem to be dealt with. Both parents were cooperative and sensitive to the situation. They didn’t want their grandchildren affected. She says, “That was the biggest help”.

– Support: Her husband, while not there with her at the time, would keep in touch daily and talk to her and support her.

– Remain cheerful: Although this is easier said than done, you have to make an attempt to remain cheerful and not let the situation get you down. Otherwise, this traumatic time becomes even more difficult to handle.

Kalpana Moghe looked after both parents and her mother- in-law. Initially it was her father and now it is her mother who is partially blind. Her father had a heart condition and his heart was only capable of functioning to 10% of its total ability. He was bedridden and needed constant attention and caring. Her mother-in-law suffered from Alzheimer’s and dementia which became steadily worse. This was a traumatic time for Kalpana and it affected her mentally, physically and emotionally. Her pillar of strength was her husband who was very supportive and helped her manage. Her advice is to:

– “Learn to take it lightly. Laugh yourself out of it. If you let it get you down, you will get depressed. Don’t let the situation weigh you down.”

– Have a good support system: Apart from her spouse, she also had support from her mother-in-law’s family who would come around and spend time with her. This would give Kalpana a break from the duties and allow her to have some time to herself.

Laugh yourself out of it. If you let it get you down, you will get depressed. Don’t let the situation weigh you down.

Ensure that the problem is diagnosed

Pixie Lamech looked after her grandmother, her aunt and her own mother – all three women suffered from Alzheimer’s. She candidly admits that during this time, “My own needs took a backseat”. Looking after Alzheimer patients is frustrating, and they are very difficult to deal with.

Emotionally, it affected both Pixie and her husband. There was a lot of stress in their lives, this happened in front of their young children and many compromises had to be made. Pixie admits that she found it easier to look after her mother once she knew what exactly was wrong with her. She managed these difficult days with:

– Support: Her husband was very very supportive. She also had a strong support system with friends and her mother’s friends who used to drop in and give her a break.

– Getting the illness diagnosed: This also helped Pixie manage as she could then understand what was really wrong with her mother. Counseling is now available for the relatives of Alzheimer patients. Merely thinking that they are growing old and thus forgetful will not ensure that you are doing the best you can for them. Often, there is a medical condition and not just old age that is responsible for the way they have become.

So there you have it. Five women who learnt to cope with life’s challenges in their own way. What would you do if you were in a similar situation?

Melanie Lobo is a freelance writer. She grew up in cities across India but now calls Pune home. Her husband and son keep her on read more...

View All
No More Guilt: Exploring The Ways In Which You Can Shed Mother's Guilt
Steps To Landing Your First Writing Job - Want To Be A Content Writer?
What Are The Essentials Of Being A Good Content Writer?
Women At VMware - Meet Ipsita, Inside Sales Representative At VMware India
Women of VMware - Meet Afifa Hasan, Enterprise Sales Account Manager for VMware India
Women Of VMware - Veena Chandrashekar, Director, Inside Sales Practice 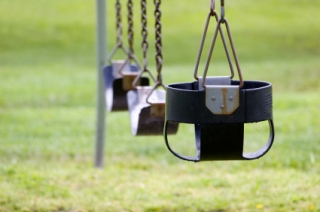 Leaving children with grandparents might seem like the perfect solution to working mothers. But is it always the optimal choice? 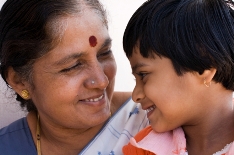 Leaving children with grandparents might seem like the perfect solution to working mothers in India. But is it always the optimal choice?