A Parent’s Guide To Raising Boys

When raising boys, we often annihilate the kindness in them through gender stereotyping. Some tips about parenting to bring up considerate boys. 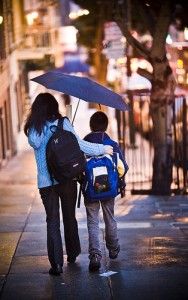 When raising boys, we often annihilate the kindness in them through gender stereotyping. Some tips about parenting to bring up considerate boys.

I realized early that I had a sensitive, thoughtful and caring child. The said child is a boy. When he was under two, he would show concern for others; his eyes would well up if he sensed someone was upset.

The soft-spoken child gradually hardened. He learnt quickly that the world does not expect or accept these qualities in a boy. As he grew older, there was more exposure with more time spent outside home. When he was four, there were days I could hardly recognize my boy. By the time he was five, most days were like that.

I haven’t given up. Beneath the tough exterior, I still see flashes of my considerate child. He is still a loving boy; we just need to work at it.

As women, we hate it when our men talk to us in monosyllables. We detest it when they grunt in response to our questions. We wish they would be more verbal, more forthcoming, more affectionate and more demonstrative. These men did not become this way overnight. They were boys too.

As parents, what can we do to keep the kindness alive in boys?

We insist on our kids sharing their toys and possessions but what about thoughts, ideas and feelings? Have conversations. Be around, listen. Tell the child about your day, and how you’re feeling.

If you have no clue what happens at school or why your child does what he does, it’s not because “boys don’t talk”. A question like “How was your day?” will invariably get the response “Fine”. It is when I have done something fun with the child for a while, that I am rewarded with information, released carefully, one little bit at a time.

Over time, the child has learnt that I am not going to judge or lecture, and definitely not going to punish him on the basis of what he tells me. All we are going to do is discuss, reflect, plan a course of action, and role-play it. He has figured it is for his good. I have had to work hard and make several promises not to “scold” him, and tell him that there are no secrets between parent and child, before I could win his trust. Whether it is school bus wars or play date politics, I know it will come to me sooner or later, provided I am there and listening.

Encourage little ones to talk about how they are feeling. If they are too young to express it themselves, help them identify it by saying, ”Looks like you are upset. What happened?” or “You seem angry, do you know why?”

Get kids to make cards or gifts for teachers, friends and family. Help them verbalize and express love. Make it a habit to appreciate a tasty meal and thank whoever contributed towards making it. A child as young as two can demonstrate thoughtfulness by asking if others have eaten – if mum and dad can model this behaviour, nothing like it.

Children can learn respect  – by being nice to the domestic help, not plucking flowers or tearing up leaves, not harming bugs. Even a three-year old can tend to plants. In a Montessori environment or in the school bus, kids can look after younger classmates. At home, children can take younger siblings or friends under their wing.

Involve children in chores (girls *and* boys). Make sure boys learn the ropes around the house, and girls outside, and vice versa.

Encourage constructive activity and creative pursuits; defeating demons, mock punching and all kinds of destruction – real and imagined – will die a natural death. Craft, drawing, painting, play-dough, rangolis, puzzles and Lego are activities that will help your child calm down and focus, in addition to improving fine motor coordination. If the child has run out of ideas and keeps coming up with Ben10 or Spiderman creations, help him out with topics or ideas. ‘A bat’s view’ and ‘A windy day’ managed to get my five year-old interested.

Stay away from T.V. with its violence and stereotypes. Even advertisements can be culprits.

Go for live performances be it theatre, dance, music or sports. When the kiddo comes complaining that his friend watches cartoons while he doesn’t get to, I remind him that we enjoyed a puppet show or a children’s play. Recently, I heard a conversation between them – the friend was talking about 3-D animation. The resident five year-old, not to be left behind, described his flight simulator experience at the aerospace museum!

I’ve lost count of the number of times I’ve had to say that punching, slapping and swearing are not acceptable. Others might do it, but we don’t in our family. We talk about how it feels when there is a fight. Whether he is involved or a bystander, at the receiving end or the one initiating the meanness – it always leaves him upset and he knows it. “Defeating demons” is an activity that many boys indulge in. I keep repeating that fear is the demon to be defeated; true strength is the ability to control negative feelings and do the right thing; that inner strength, determination and persistent hard work are indicators of power.

When it comes to friends versus parents, books clinch the argument. Kids have tremendous faith in the written word. This quote by Henri Matisse that we read in a children’s book created an impact. He said, “I am strong because I do what is in my mind”.

Those were my views about parenting boys. What are yours?

Let’s fill the world with kindness, one child at a time. Have fun raising your boys!