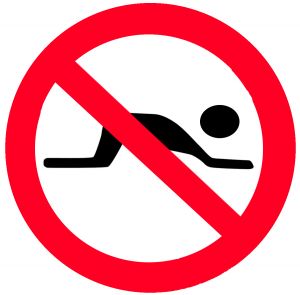 Growing Up Atheist In India

An unusual experience of growing up atheist in India, with parents teaching kids to find their own answers about life’s big questions.

“God is love” was a recurrent quote on the blackboard at school whilst I was growing up. As a child I wondered what that thought for the day was supposed to mean. The “God” factor was a day to day conundrum; as far as I knew I was the only one being raised by atheist parents in my class, or even in my neighbourhood.

The challenges of growing up atheist in India

To be honest, at times, I hated it, because it left me feeling confused and isolated. So many of our traditional rituals and festivals are religious, and it was frustrating not to be able to be part of them with all my friends. So the journey was not easy, since being an atheist is so unusual in India.

My grandparents on both sides were atheists and hence my parents were raised with no religion as were my sister and I, and other members of our close family. My father told me that I could believe in anything I wanted, but that he only believed in this universe and above all in people. His only advice to us was to be good people, to absorb and form good values and work out, with time, answers to how we wanted to lead our lives. He said that family would always be there to guide me from their experience, to give me a shoulder to lean on when I was in need, and to love me for what I am as a person. So there it was – love was a warm, honest, positive feeling for both the people and the world around us.

Being brought up by atheists in India meant a lot of challenges, a lot of questions, and room for thought. We were not told what to believe, or given one specific doctrine to live our lives by.

And so my confusion: “God is Love”. If love is a feeling, why do we need to equate it to God?

Being brought up by atheists in India meant a lot of challenges, a lot of questions, and room for thought. We were not told what to believe, or given one specific doctrine to live our lives by. Most importantly, we were given the freedom to think and discover our own beliefs, be they in the multi-faceted God of Hinduism, the One God of Christianity or Islam, or in no god at all. For now, I believe in the world as we see it, and in the people who come and go. I have found it more helpful to be able to change my mind when I learn something new, than to have to surrender myself to an unknown and unknowable force.

Teaching kids to find their own answers

I remember there was a phase when I wanted to be a Christian, wore a rosary and prayed ardently to the statue of Jesus in my school chapel. I went there whenever I had exams, and most importantly to pray to get the love of my life, the boy next door, to fall for me.

My parents were not fazed by any of this, I remember, as they saw it all as part of growing up and learning how to lead our lives. They never gave me the feeling that I would be treated differently if I ended up believing differently to them.

In hindsight, I feel that I lacked faith in myself, and perhaps also in the people around me. I craved the feeling that some greater presence was there to look after me. With time my dependency on the rosary faded away. It remains a warm memory, a long lost friend, or companion – it was a pillar of strength for me then. But now I realise that it was just a symbol of my own strength, and the more this realisation sinks in, the stronger I become.

My parents were strong advocates of scientific thinking, and growing up we were part of science clubs, and other activities that gave a lot of room to learn “how, who, when and why”, and not to take anything for granted. We were taught to think, and that rational approach was another gift from my parents.

When I applied to join upper primary the registration form demanded to know my religion. Naturally, we left it blank – I have no religion. The same day I handed it in, the headmistress called me to her office and asked me to get my father – surely everyone has some religion. He came with me to school the next day, and met with the headmistress. They debated the issue for a full hour. School policy was clear, everyone has to write down their religion, but my father was insistent that just as someone could be a Hindu or a Christian, so too could they be an atheist. I don’t think that the rules were written that way on purpose, it was just that no one had ever thought about it. It was and is a struggle against ignorance, not malice.

What I learnt by being an atheist in India

Those little lessons of bravery you are given in situations like that can come to your rescue in adult life. It is not easy or comfortable to go against the grain, but sometimes it is necessary to do your own thing, and think for yourself. Be it an ideological stand or for a practical reason, the option to think for yourself and decide how you want to live your life is liberating. We should not have to unquestioningly accept all the norms that are presented to us.

Faith in anything should be confined to one’s private space, because all it should do is help a person to lead a good life.

Faith in anything should be confined to one’s private space, because all it should do is help a person to lead a good life. When it ebbs out beyond that private space and seeps into our public institutions it ultimately only serves to dictate and divide. From school prayers to marriage, religion creates a framework for how people should act which, although well-meaning in conception, has left so many people leading empty and unfulfilled lives.

One can choose to lead a happy life within a set of mutually agreed, and continually re-negotiated, boundaries, so that the communities of which we are a part of do not collapse. And that choice can be made without the guidance of any faith or religion, but from a desire to live as a socially responsible person. And so we can love, live a good life, and deal with the various demons we encounter without the “God factor”. We do so just as a group of people, willing to support each other in our times of need.

About The Author: Vinaya Raghavan is an IT project manager by profession, but is interested in pursuing journalism as a part time career. She likes to think, read and write about things she is passionate about and recently has been attempting to make short films and documentaries.

Talking To Our Sons About Periods

7 Great Ways To Use Twitter For Small Business Owners