Shraddha Or Nirbhaya: We Lost A Young Woman Again To Violence!

Let’s not forget, when Shraddha died, a woman lost her battle with life, to a toxic relationship. When Nirbhaya was brutalized, a young girl's bright future was cut short. When a woman is a brutalized, murdered, it’s not only the loss of her life but a loss of a piece of every living woman!

Shraddha Walker’s gruesome murder chilled us to the core. The sinister nature of the crime itself was enough to shatter our belief in love — in humanity.

The petrifying details, screaming out of the TV set as different news channels milk in the TRPs, have left us disturbed beyond the realms of grief. The cynosure of my existence as a woman juggling between various roles— a daughter, sister, wife, mother, friend, professional — felt hollow.

But this happened even when I heard about Nirbhaya. That gut-wrenching news about the brutality reaching new heights left my faith fragmented into a zillion splinters, never to join.

It was tough to believe that a human, if one can call these transgressors so, can stoop to such levels that even animals with reduced cerebral capacities refrain from.

This also happened as the details of the Anupama Gulati murder unravelled before the nation.

But years ago, when I was in school, the nation was shocked by the Tandoor murder case. Those were the days when the media trial was limited to specific channels at our disposal and a few newspapers and magazines.

I remember walking along the road, frequently watching my back, even as the false sense of security shed its façade.

Growing up, we were taught to protect our virtue at all cost

I had grown up with instructions to protect my ‘virtue’ at any cost, as it was the most precious possession a girl/woman could ever have. Revealing or figure-hugging clothes were known to entice men and make us look like seductresses.

The fault was always the woman’s. When a husband abused his wife, it was the wife’s fault because she was supposed to keep him gratified in every sense of the word.

But not much has changed even with over two decades post the turn of the century.

Does an infant dress to seduce?

If nothing, we are getting further primitive with our mindsets. Otherwise, how does a little girl or a few months old baby get sexually assaulted? Do they dress to seduce?

How ridiculous and archaic can we get?

Even very educated and independent women find it difficult to walk out of an abusive marriage, given the stigma attached to the ‘blasphemous’ decision. So, one can’t blame Shraddha for her decision to stay back with the monster.

We don’t know the truth… probably never will. Period.

It took Nirbhaya case 8 years to get justice

As Shraddha’s case is in the preps to go to trial, I wonder at the past histories and the delay in the trials. Nirbhaya case took 8 years to hang the culprits.

If you check the details, it’s disgusting to see the criminals eventually get out on parole or even acquitted due to a lack of admissible evidence. Not to mention the turmoil of the victim’s loved ones as they have to fight the system, society, and public scrutiny.

They relive the crime every moment. I hope and pray this case sees a logical end ASAP.

It’s even disturbing to see people give this a communal angle.

At the end of the day, a woman lost her life to violence

Let’s not forget, when Shraddha died, a woman lost her battle with life, to a toxic relationship. When Nirbhaya was brutalized, a young girl with stars in her eyes, had her bright future cut short before she could bloom.

Whenever a woman is abused, brutalized— murdered, it’s not only the loss of her life but a loss of a piece of every living woman and a blot on humanity.

Without humanity, we are just animals in flesh and blood walking the face of the earth.

A pediatric speech-language pathologist by profession and a writer by passion! read more... 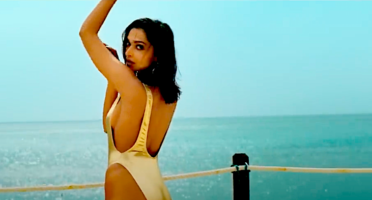 Deepika Looks Hot In Besharam Rang But Was All That Necessary? 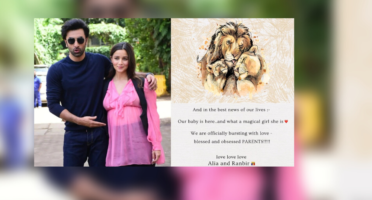 Congratulations Alia — And Sorry About The Appalling Trolling Of You And Your Baby! And Then Janaki Decided, That She Would Accept The Proverbial Trial By Fire No More!