Moral guardians of society and cynical individuals label me a pervert, a woman of easy virtue, and so on. Many tauntingly quiz me - “Iss umar mein?” (at this age?)

Crushes can be serendipitous; they take us by surprise and give us small moments of joy in our day. Noticing your crush walking by the office canteen or watching your favourite celebrity on television can brighten up a dull day. Yes, crushes are indeed quite harmless and innocent.

When *Bobby Singh, aged 22, an IIM-A graduate joined the ANZ Grindlays Bank in Mumbai a few years ago, she experienced her first ‘crush’. Though she was gregarious and socialising– both on and off campus– yet she’d never had a crush earlier.

Her crush was her immediate supervisor *Dipak Basu. He was suave, always impeccably dressed and extremely level-headed. Though aware that he was middle aged and a family man, yet she couldn’t stop being fascinated whenever they interacted in the course of work.

In Bobby’s own words, “it’s not that I am in love with him or anything like that! I just admire his deportment, the way he carries himself… I simply can’t take my eyes off him! and I stare at him on the sly!” she concludes with a giggle.

As a 4-year-old, my daughter Tuku had a mega crush on Hrithik Roshan, the heartthrob of millions during the 1990s. She would not miss a single flick of his via the idiot box or the big screen. During weekends or holidays she hummed the songs lipped by him and pored over his snapshots in newspapers and journals all day long.

Now, at 28, she laughs about her infatuation saying, “I was such an idiot…”

My crush at work

I am grateful to this forum for encouraging women to write candid no–holds–barred posts. Accordingly, I must mention that I have experienced crushes all through my life, matrimony, householder’s life, motherhood notwithstanding.

My first crush was *Arunoday, an artist-turned scribe, well known in Patna’s intellectual circles. He was ordinary in looks, but it was his powerful writing and editing style coupled with his artistic (sketching) talent that mesmerised me.

In the course of an entire day I would seize the tiniest opportunity to chat him up, ask questions about his future plans, dreams about becoming a professional artist. He always smiled while conversing softly. His body language however, made it obvious that he enjoyed feminine adulation. Quite human.

One day suddenly Arunoday put in his papers and departed. That was thirty years ago. I’ve never seen him since, though I discovered via social media that he now lives in his native town.

No there’s no ‘age’ for a crush

Moral guardians of society and cynical individuals label me a pervert, a woman of easy virtue, and so on. Many tauntingly quiz me – “Iss umar mein?” (at this height of age?)

Come on, I am now in my mid 50s. Is that too old? And two, I’ve never met many of my crushes as they inhabited other parts of the country and the world. No there is no sexual connotation involved. Nothing a la Padmini Kolhapure smooching Prince Charles in full public glare! Or Neena Gupta’s passions for Sir Viv. I am impressed (read fascinated) by their achievement and success. While I do appreciate out-of-ordinary physical charm, for me brains-with-beauty is of utmost importance, and my eclectic list reads: Swami Vivekananda, Satyajit Ray, and Girish Karnad, among many.

Currently, I have these crushes

My current crush is an under-30 doctor based in Kolkata, an upcoming singing star. We have been friendly on social media for many years now. He was pleased as punch after being featured in the magazine I work for (interviewed by me). Frankly, he arouses my maternal instincts. If we actually meet I would love to pat him on the head, pull his chubby cheeks and gift him a bar of his favourite chocolate (He gorges on chocolates!).

I also harbour a crush on an Economics professor in a reputed Kolkata varsity. Music freaks love his voice which uncannily resembles the legendary Hemanta Mukherji’s. Personally, hearing him singing my favourite numbers transports me into a realm of fantasy.

I am also a ga-ga over a Bengali character actor. He is a St Stephen’s (Delhi University) graduate and is a high-grade wildlife photographer. He is blessed with a towering stature (equal to Big B’s! ) amazing screen presence, a baritone voice and lastly, a smile to die for. That’s why all women find him so irresistible! 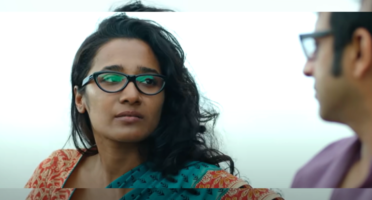