Kill Your Self Doubt, The Enemy That Sabotages Women At Work

Almost always, the single factor that comes in the way of women pursuing a lofty aspiration is self-doubt.

As a diversity and inclusion coach, I work with women to build their self-confidence to hold a larger canvas for themselves in their work and personal life.

Almost always, the single factor that comes in the way of pursuing a lofty aspiration is self-doubt.

This is in stark contrast to their male counterparts, who do not shy away from risk and experimentation to further their ambition. Unknowingly women put speed breakers even when there is a smooth road to race ahead on.

I say this with no shame that I have been my own enemy in my professional journey of nearly three decades. This self-inflicted imposition of doubting my capability and an overriding fear of failure has come in the way of me taking risks and challenging myself to push my limits.

Being a woman in Sales was not easy…

As a woman sales executive in a male-dominated industry, the odds were stacked against me. I had a steep learning curve in my initial days – from product details to the tricks of selling in a market rife with corrupt practices; there was a lot I had to pick up quickly. However, this to me seemed the easy part of navigating.

I was totally unprepared for how my gender would play a critical role in whether or not I survived the role. I had stormed into a male bastion, and everyone was waiting with a critical eye to see how I’d fare. News of a ‘madam having joined the company’ spread like wildfire among competitor organizations, vendors, inspectors. The unconscious bias I would have to face from peers, clients, vendors, and other stakeholders left me bewildered.

My initial client negotiations were the toughest. Every time I walked into a negotiation meeting, I knew my clients looked at me with a suspect. “Has a technical person come with you?” They would ask in an apathetic tone. A response to their queries on pricing was met with, “Can you check with your seniors and let me know?”

While I was seething with rage, my outward demeanour was quite the opposite. I would smile and utter some pleasantries with no gumption to confront their misgivings. As a 27-year old, I held myself somewhat apologetically for doing something that wasn’t the norm. My initial attempts to combat the biases were erratic. It swayed between making a desperate attempt to be emphatic or a meek acknowledgment of their statements.

But as they say, necessity is the mother of invention! I taught myself to get used to the stares, suspicions, and sarcasm that came my way. I tried desperately to fit in, laughing at their slapstick jokes, sipping milky tea from roadside stalls, listening attentively to their cricket-related conversation even though I had no interest in it.

Tough negotiation boosted my confidence, but more importantly, it helped break barriers in the minds of my stakeholders. Gradually, over time, some semblance of a level playing field was established.

In my following organization, I had an authoritative manager. Instead of speaking in a tone of assurance and confidence, I found myself tongue-tied in his presence. I was unable to challenge some of his erroneous assumptions of processes not followed or ground realities of the market dynamics. My tentativeness, a cowed-down stance, would permit him to up his authoritative stance.

As a coach, when I see young women shying away from challenging opportunities; because they are unsure, a sense of déjà vu is palpable. Helping another see through the sabotage and preventing the fall is redemptive in a way.

My reflections of my journey have led to the following realisations:

• Pride in one’s work has to be self-created. It cannot be a determinant of others’ approval. When one responds to the call of my heart, it doesn’t need external validation to justify staying the course.

• There is no need to fit in; it’s absolutely okay to stand out. Thankfully, with rising decibel levels on diversity and inclusion, there is a celebration of individuality and uniqueness that one brings to the fore.

• Speaking up when boundaries of respect have been transgressed is essential. Silence only reinforces bad behaviour.

It has taken me several years to loosen the stranglehold of these limitations of the mind. And through my work at Growing Leadership of Women, it’s my endeavour to enable other women to break the shackles of self-doubt and denigration to fly high.

Aparna is a leadership coach and facilitator with over 25 years of cross-functional work experience. She brings with her diverse experience of sales, consulting and facilitation of personal transformation. She has worked with organizations read more... 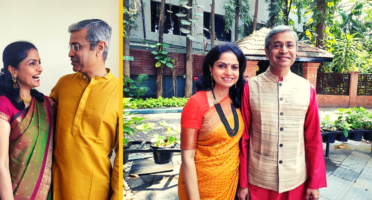 Why I Decided To Give Marriage & Life A Second Chance After Meeting Mr Right 4 Yrs Ago! 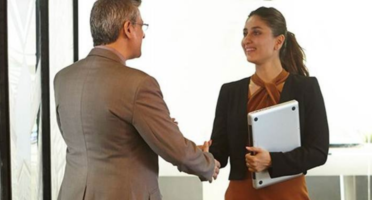 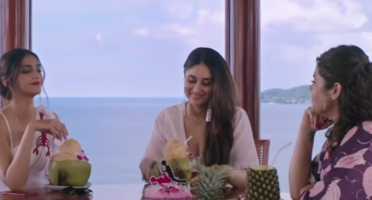 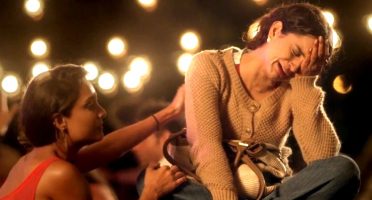 Transitions Are Testing Times; 5 Things You Can Do For The Essential Emotional Support 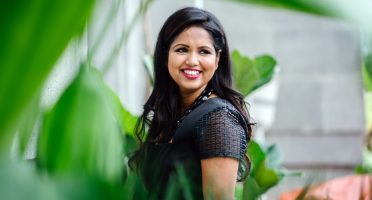 Leading Holistically: What It Means And Why It's So Critical For Women