“You have to be strong, and you have to be busy. That was my whole criteria my children said ‘aap busy ho jao. You can’t sit at home.’ I didn’t know where my life would go.”

Kasturi turned to find her granddaughter sitting beside her on the bed, busy watching something on her phone.

“Kya dekh rahi hai? (What are you watching?)”

“Ah. The Kapoor bahu. She was a famous actress herself.”

“She is talking about how she coped after her husband’s death.”

“Hmm,” Kasturi said nothing but it was obvious that a lot was running on her mind. Her eyes were no longer laden with sleep. She stared at the ceiling fan.

Ira tucked a loose lock behind Kasturi’s ear. She then slipped to lay beside her grandmother.

“What is it, dadi? What are you thinking?”

“Is it easier for rich people?” Kasturi said in a low voice.

“Dealing with grief and moving on?”

Ira now turned to look at the ceiling fan “I don’t know. I don’t think about it.”

The truth was that she did. She did, every day. So did other women of the family.

2020 was the year this family had lost everything. Pandemic had hit, and Ira’s doctor father spent days and nights attending to the patients at the city hospital. Rajiv would visit home once a week, stand at the door and wave at the three women of the house – his mother, Kasturi, his wife, Partima, and his daughter, Ira. There was always a promise that all will be fine and that he’ll be back as soon as everything bad would get over.

A lot happened in these two years. Ira finished her medical college, joined as a junior doctor, and served the patients during the second wave. And was now working at the same city hospital. Rajiv’s legacy was kept alive.

“I was born in a newly independent country. I lost my mother when I was fifteen. I still don’t know how life would have been with her. Even in those times, my father never married again for my sake. I wish he had for his own sake, for a companion. After my marriage, my husband was my anchor. I had learned to comfortably live under his shadow, and losing him was like losing my shield but it was the death of my son”, a stray tear ran down from the corner of Kasturi’s eye, “that I realized I had lost everything. I was so immersed in my loss that I never thought about you or your mother.”

“She didn’t cry in front of us. Pratima was making sure we two were okay.”

An air of silence filled the room for a good few minutes. Ira was going to unlock her phone just when Kasturi spoke again, “I don’t think so. I don’t think it’s any easier for rich people. Grief is the same for all.”

“Maybe we need to channel our energy into something else to move on from grief,” Ira sighed.

“Yes, like you go to the hospital now. I think it’s time we both encourage Pratima to move on too. Do you know your mother is a wonderful painter?”

“And a wonderful cook too,” Ira said with a smile.

“Yeah, but she had been in the kitchen forever even when she had house help. But painting is something she enjoys. That’s something that makes her happy”.

Kasturi had all of Ira’s attention now.

“Is it ever late to go to college?” Kasturi looked at her granddaughter with a twinkle of hope in her eyes.

“Not for me. I’ll send your mother to an art school. I know she will excel. I know she will be reluctant at first but I’ll push her. I should have a long time ago. I must now. I’ll tell her – ‘bahu, ab tu busy ho ja!’ (Now you get busy). Besides, you’ll be here to take care of me.”

Ira held her dadi closely and gave her a big kiss on the cheek.

Register at Women's Web to get our weekly mailer and never miss out on our events, contests & best reads - you can also start sharing your own ideas and experiences with thousands of other women here!
loss and grief 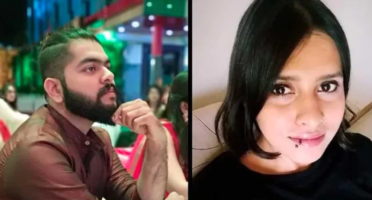 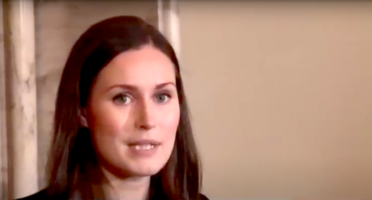