A fertile woman is generally considered to be an 'object' that will further increase the family by birthing children, but the period myths make sure she is considered taboo for her fertility.

If I say “Menstruation means Impurity”, then do not get shocked because being a menstrual educator, I have heard it many times from those who menstruate themselves. Welcome to period myths.

Going back to my school days, most of us were taught in eighth or ninth grade in Biology classes that menstruation is biological process. We all used to make faces and feel shy during the classes.

Sometimes, the boys in the class used to take sanitary pads out of our bags because of curiosity. Any girl in the class who had got stains on her skirt during periods would get mocked. I think that this led many of us as young menstruators to resent our period; something that came naturally to our bodies yet seemed to be something to hide. We used to feel ashamed and cautious, even to carry an extra pad in our bags, wrapped in newspapers or black plastic bags.

The stigma is more than just discomfort

This heavy stigma around periods isn’t just limited to silence and being shy during the biology classes when topics like reproduction or menstruation or sex is taught, it also reflects in how a lot of women still do not have little or any knowledge about maintaining menstrual hygiene, because there is simply no one nearby to educate them.

During the menstrual period, those who menstruate are generally considered ‘impure’. Lack of menstrual knowledge, poor access to sanitary products and a non-facilitating school environment makes it difficult for young menstruators to attend school.

In my recent visit to few rural schools and communities in the rural districts of Gaya in Bihar, where I conducted workshop on menstrual hygiene and management, I found many more problems and taboos associated with menstruation. 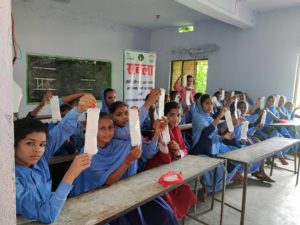 Period myths – taboos and misconceptions around menstruation that I dealt with

2 – When I introduced them to some of the menstrual products like- menstrual cup / tampon which are inserted into vagina, they were surprised. Firstly, because it was completely new for them and secondly, they thought that every time they pee, they will have to take out the menstrual cup and reinsert it post pee. They thought that menstrual blood is secreted by the kidneys in addition to urine, and that is how impurities are removed from the body. That the blood comes out of the urinary tract. They were unaware of the fact that the opening from where we pee and the opening from where the period blood comes is different.

3 – Menstruators are so shy when it comes to talk about periods, that they can’t even express their emotions and pain during periods.

4 – Most of the menstruators did not have any knowledge regarding the onset of menstruation, commonly known as menarche. Those who had the knowledge, learnt it from their mothers, sisters and friends. All the menstruators got afraid seeing the blood stains during their first period. Some thought they have got blood cancer, and some thought they have hurt themselves and are bleeding.

8 – Menstruators consider menstruation as ‘impure’ and so they restrict themselves from going to any holy places.

9 – Some menstruators even have some strict dietary restrictions during menstruation such as sour foods like curds, tamarind, and pickles are usually avoided by menstruating girls. They think that such foods will disturb or stop the menstrual flow or increase the menstrual flow.

10 – Menstruators even restrict themselves from doing exercises or running, thinking it will increase their menstrual flow.

11 – Women do not put sacred vermillion during their periods thinking that it would get spoiled, and can not be used for the next time.

12 – Since menstruation was a monthly phenomenon, the girls’ mothers thought girls would eventually learn about it without any assistance. Moreover, mothers believed that giving their daughters complete information about menstruation necessitates a discussion on reproduction and sex, which they were uncomfortable talking about.

13 – Menstruators do not touch everything, especially pickle because they are impure during periods and things would get damaged. Menstruators do not visit the fields or touch any plant while on periods, as plants would die. One must not touch mud pots during their periods or else the pots will crack and break.

14 – Animals must not come into the vicinity of your sanitary waste. If they do, bad spirits will haunt you. Menstruators need to wash even their used pads be it disposable or reusable before throwing because if somebody sees the menstrual blood, menstruators would become infertile.

15 – Menstruators are not supposed to take bath or wash their hair during periods because they think water would enter the uterus through vagina. All the menstruators think it’s not good to talk to men about periods because it is something to be hidden.

A fertile woman is generally considered to be an ‘object’ that will further increase the family by giving birth to children, but at the same time, she is considered taboo for her fertility. This idea of taboo and impurity has been propagated by superstition, and enforces a deeply patriarchal power structure that functions in all realms of the country. Therefore, the propagation of these kind of period myths should be nipped in the bud.

The next time when you hear about menstruation do not feel ashamed or alarmed, rather talk about it openly, and teach both the young girls and boys to do the same. Smash the period myths, and help smash patriarchy! 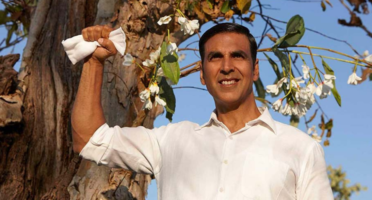 The Involvement Of Men Could Help In Breaking Stigmas Around Menstruation 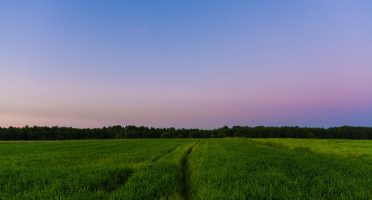 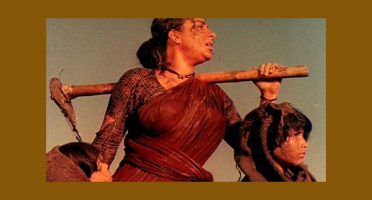