It’s Papa Ki Roti Gol Gol At My Home, As My Husband Shares All Our Home Chores!

He takes care of the home when I go for my office tour, at times he handles the school PTMs independently. In short, he is not only a husband now; rather has become a partner in true sense.

It was around 8.30 pm and I was catching up with some news debate on upcoming elections in some states and answering the queries of my 8-year-old curious daughter on election and different parties in India. Suddenly, I heard a sweet voice singing papa ki roti gol gol, (my father makes round rotis)!

It was my 1 year 10 months old daughter singing beside her father who was rolling chapati for the dinner. My elder daughter hurriedly went and tried correcting her, and told her that the ‘correct lyrics’ are mummy ki roti gol gol and she should sing the right way, but the younger one did not bother to change.

I was surprised, and happy deep inside that my younger one in her innocence sung the right lyrics. I took both my girls in my arms and my husband and I smiled looking at each other. And I got reminded of the fact that my kid’s behaviour is shaped by the actions of her parents, after all home is the first school. My daughter sees her father rolling chapati for dinner almost everyday, so it’s papa ki roti gol gol for her.

Kids learn what they see

When I was growing up, I had never seen my father engaged in kitchen work and my brother was brought up in the same way. As a child I always fought with my mother on the privileges my brother used to enjoy for being a male child. But it was the same repeated answer all the time, that he was a boy and he was not supposed to go inside the kitchen, so food and water should have been served to him by either mother or sisters.

I grew up questioning all the biases around gender since childhood, some were answered, and rest were silenced in the honour of patriarchy. But my curious mind and angry heart never stopped questioning.

I asserted my right to higher education and with the support of my father, I studied and completed it. Later, I started working as a journalist in Delhi, as a fearless, independent young girl who had bigger dreams in life.

And then the pressure for marriage started mounting.

Marriage into another traditional family

I got married just after I started my job, thankfully with a guy of my choice and great understanding, who always supported in all my decisions.

But then he too came from a patriarchal rural family where my father-in-law did not even pour a glass of water for himself; everything was supposed to be served to him.

I started questioning everything again. Why should I wear only certain type of clothes? Why should behave in a certain manner? Why should not I laugh out loudly? Why I should wake up early, speak less, should not talk to my husband in front of relatives, and what not. My mother-in-law had the same boring answer that “a daughter-in-law has certain limitations, so had to behave the way they wanted.”

But we changed things when we began living independently

When my husband and I started our life together independently, he was not much into household chores/ cooking. Gradually, I started involving him in all household activities, and he also realized that it was our shared work and not my individual responsibility.

After a decade now, we are blessed with two girls and my partner happily shares all the responsibilities at home like cooking, cleaning, teaching, engaging the kids etc. He takes care of the home when I go for my office tour, at times he handles the school PTMs independently. In short, he is not only a husband now; rather has become a partner in true sense.

As the theme of the International Women’s Day 2022, #BreakTheBias goes, this Women’s History Month let us break the bias around the gender division of labour at home. Let all of us, men and women pledge that household chores will be shared and must not be a burden on only women from now. All of us together can break the gender biases at home and society at large.

My dear ladies, papa ki roti gol gol bhi ho sakti hai, (Papa’s roti can be round). Why should only women take all the cooking stress?

A full time Communication professional and mommy of two young girls, of which one is a lockdown baby. She is still to go out and explore the world. I have keen interest in working on read more... 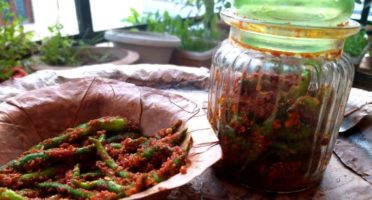 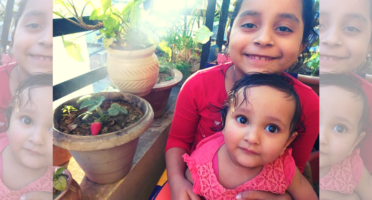 Born Just As The 1st Lockdown Began, Our Little One Made Life Beautiful Through The Pandemic