My Job Is Not A ‘Hobby’ Just Because My Husband Is ‘Earning Enough’!

It was only later that I understood why feminism is important. There were two things that made a difference to my thoughts - one at home and the other at work.

This question first popped into my mind when one of my male friends asked it out aloud, many years back, “Nee feminist aano?” (in Malayalam) meaning “Are you a feminist?” as if its a bad word. I denied it, as I thought that since I don’t really know what feminism is, it’s better not to say yes. When I googled later, I came to know that feminism is the advocacy of women’s rights on the ground of the equality of the sexes.

During my college days that followed, I was never much interested in anything to do with feminism even though I felt what the feminists are advocating is right. I had the privilege, you see – I wasn’t denied anything at home owing to my gender; in fact I was given more preference as I was a girl. So I was really lucky in that manner.

It was only later that I understood why feminism is important. There were two things that made a difference to my thoughts – one at home and the other at work.

These are not some incidents that just happened one fine day, these are what I experienced over time. The sexism was subtle, and it took quite a long time for me to realize the depth of the issue, how minutely patriarchy is ingrained inside each one of us (both men and women, women especially). It has become that chair in your drawing room, which you never notice, but can still take up so much space.

‘Your husband is earning, so why do you care about your salary hike?’

I began working in an MNC after marriage. My husband and I work in the same company, in different projects. I made many friends, many were happy for us, some were jealous, some were indifferent – all these never mattered as long as the attitude remained civil. Some just assumed that I got the job on my husband’s referral, some were finding it difficult to believe that I got into a project without any recommendation from my husband. And all these assumptions were made by women.

My joy over clearing three interviews to get my job faded a bit due to this; nevertheless, I moved on, but the bigger issues were to come, yet.

One day I was told that “it doesn’t matter what performance band or hike you get, your husband is earning anyway!”

Hello – this job wasn’t some sort of a hobby or time pass for me. Why in the world would I not want to get rewarded for the work I do? Instead of thinking how much we are earning into our family, why can’t I be just any other employee inside office? I was really stumped, seeing that even in this 21st century, people have such petty thoughts.

Things got even worse after I joined back after maternity leave. The fact that a woman has many important roles to play in her life – of a mother, a wife, a daughter-in-law is known to everybody. Some might even be lecturing their wives/ daughters on all these. But when a female colleague has to go a bit early as her infant is sick, all these people wrinkle their noses, and compare her to other mothers who have left their child in day care. I heard things like “How come she doesn’t do that? Is she too stingy? Is she making an excuse to leave early?”

For all such losers, I just have one finger to show and one sentence to tell – just bother about the work she is doing!

Next, the slightest hints of chauvinism at our homes

I am from an upper middle class family, married into another similar family. My in-laws are really supportive when it comes to me working, leaving behind my baby and skipping many household chores; and I’m lucky that they are having such forward thinking. In fact, my father-in-law gives me driving lessons and always encourages me to learn more, work hard, earn more and save plenty.

I strongly believe that they get this progressive thinking from their education, their career (both my in-laws are retired teachers from Government service), their experiences, and the books they read.

Despite this, their ingrained sexism comes out sometimes.

Like when my mother-in-law told me she liked the boys in her class more than the girls. Like when when my father-in-law spoke of how women are mostly careless drivers, and to be careful on the road.

And it certainly stung the most when all of them, including my own parents treat and appreciate my husband like a war-hero when he looks after our baby for one hour, and my effort in taking care of a naughty toddler aren’t openly appreciated. Of course I am happy that I have a husband who helps me, a family that supports me; but these slight nuances bother me, stir the feminist inside me.

Patriarchy is so ingrained in our society, so most of us just close our eyes to such matters and concentrate on the positives of life. Well at least we have a job! At least we have a supportive family. At least my husband is not a person who wants a post graduate homemaker. So I am enjoying all the good things in life. Or am I overlooking these because I know this can’t be changed?

And Yes! I AM a feminist.

A voracious Reader, loves reading and writing, want to find my own voice, and inspire! read more... 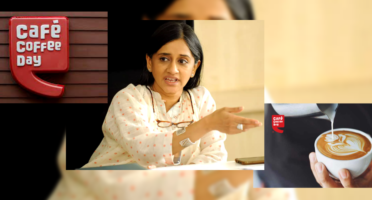 Why I Believe Malavika Hegde Is The Phoenix Bird We've Heard About!