Should Minnie Mouse’s Wardrobe Change For Women’s Day 2022 Cause Such a Stir?

Minnie Mouse will be changing her outfit from the girly red polka dot skirt to a blue polka dot pantsuit, and there are people saying she's "destroying the fabric of society." Really? In 2022?!

Minnie Mouse will be changing her outfit from the girly red polka dot skirt to a blue polka dot pantsuit, and there are people saying she’s “destroying the fabric of society.” Really? In 2022?!

Two decades ago, my then little one wrote a touching letter to Minnie Mouse after visiting Disney World in Orlando, Florida. He pleaded with her to relocate to Atlanta to stay close to him.

Minnie had totally mesmerized my five-year-old; such is the power of her magic! However, it is hard to believe how this anthropomorphic mouse can draw so much attention, take Twitter by storm, and spark uproar with adult fans simply because of her wardrobe change.

A landmark announcement came on January 25 when Disneyland in Paris tweeted about Minnie Mouse adding a pantsuit to her wardrobe. She is trading in her iconic red polka-dotted dress for a smart blue pantsuit with black polka dots and a matching bow! Minnie will debut her tuxedo in March to commemorate International Women’s Day and the 30th anniversary of Disneyland Paris.

British fashion designer Stella McCartney was conferred the privilege to design the suit because of “her legacy of female leadership”. In a video conference with CNN, McCartney shared that Minnie’s new look will make her “a symbol of progress and empowerment for a new generation.” That definitely makes sense, given the history of many female world leaders impeccably dressed in pantsuits!

There have been mixed reactions to Minnie’s outfit change. Twitter users have been going crazy offering their two cents. While some fans have accepted her new avatar, others have been disapproving of the fact that she will be ditching her classic ruby red dress. 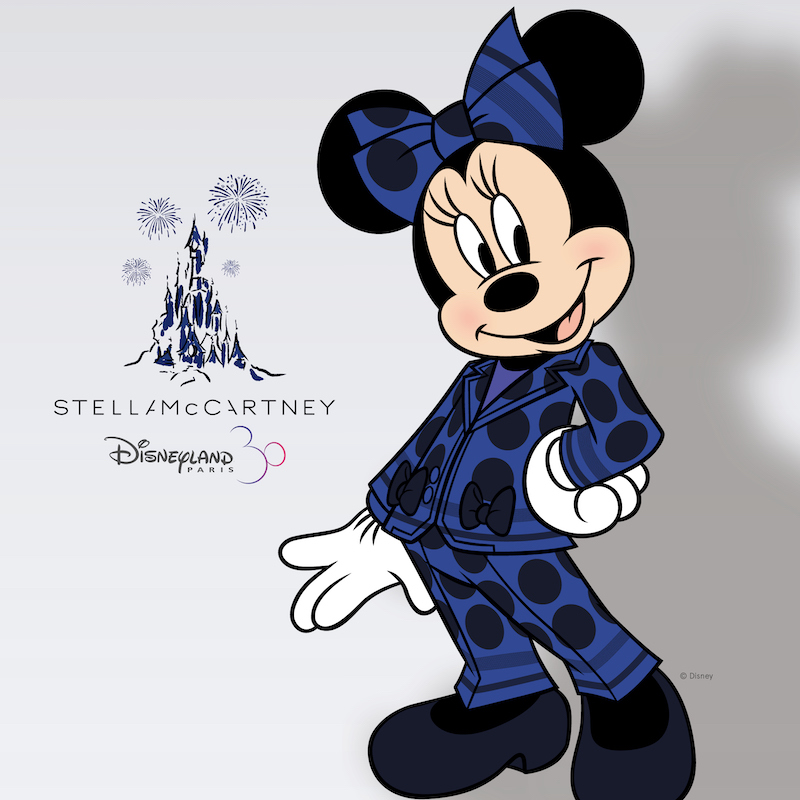 Everyone has a right to voice their opinion. But it’s a step taken too far when the dress change of a fictional female animated character is disparagingly analyzed.

On Fox News’s Jesse Watters Primetime show, conservative commentator Candace Owens had her fair share to say on this topic. She remarked about the new attire: “They’re making her more masculine,” and added that Minnie, in her pantsuit, is an attempt to “destroy fabrics of our society.” It is pathetic to see that when serious issues plague the world, a temporary costume change to mark some event is viewed so seriously and in such a negative light.

Leaving aside this issue regarding Minnie Mouse, why do people even otherwise make such a big deal about what looks masculine and what is deemed feminine? To dress in a particular way is one’s personal choice, and as long as one dresses decently, can we not allow the freedom to that individual?

Why do we need to compartmentalize colors?

So often we have heard about babies being dressed in different colors based on their gender. For a change, let us not drag them into this war of the sexes!

Does anyone disagree that all babies are cute, innocent, and endearing? They look adorable in any color they wear. So does it really make sense to make such a big fuss and assign the color blue to boys and pink to girls?

It is in fact interesting that in 1927, leading stores in the United States recommended that parents dress boys in pink and girls in blue. It was felt that pink was a bolder color to match the personality of boys and that blue was a soft delicate shade to suit the traits of girls!

Having different colors for boys and girls is nothing else but a marketing strategy. I’d suggest that parents make their own choices rather than being pressurized by such guidelines. Let’s think from a logical and humanitarian standpoint. Parents who work hard to make ends meet cannot afford to throw such tantrums while buying clothes for their kids.

It is all about wearing in style, let us ignore the gender dynamics!

A rule once established usually continues, and that is seen in the fashion world too. It goes unnoticed by many, but buttons are sewn on different sides for men’s and women’s shirts. However, it is foolish that a batch of buttons sets the guidelines of what to wear and what not to.

If there is a shirt at home that can be reused in the proper way, you should go ahead. It has all got to do with one’s aesthetic sense. By pairing it with accessories in a creative way, a woman can make her own fashion statement by comfortably snuggling into a man’s shirt,

Coming back to Minnie Mouse, I totally endorse what McCartney has said about Minnie: “she personifies happiness, self-expression, authenticity…plus she has such great style.”

When it is a universally acknowledged fact that women love to experiment with different fashions and clothes, let’s give Minnie her space too. What’s in an attire after all? Be it in a dress or in a pantsuit, Minnie will forever be the darling icon melting millions of hearts around the globe!