I do not want to burden myself in my old age with controlling my son and daughter-in-law’s life. I wanted my own freedom; that wisely meant I should give freedom to my children as well.

I do not want to burden myself in my old age with controlling my son and daughter-in-law’s life. I wanted my own freedom; that wisely meant I should give freedom to my children as well.

In most of the marriages that happen in India, a girl leaves behind her whole family and comes to live among people who are strangers to her, at least in the beginning.

I would say, that is one of the biggest risks a human takes in life. Sometimes it works out well, but then we also hear cases of domestic abuse, beatings, demands for dowry, and many more which chill our bones. Leave alone those cases which are assumed to be ‘normal’ like marital rape, gaslighting, demand for boy baby, etc.

I have come across a lot of women who do not have any control over their own salary as well. Yet, these brave young women enter the homes of their in-laws hoping that life is going to be good.

My son’s marriage was a big eye opener

I have learned a lot of life lessons throughout my challenging life, but nothing can match the awareness I had in a month prior to my son’s marriage. I all of a sudden became aware of a lot of prejudices that exist silently among us.

My son and I both believed in simple marriage, with no burden to us or to the girl’s family. To our horror, we realized that we were only the two people who felt this way. There was enough family pressure to make us go ahead a little more than a simple wedding. Finances became a challenge because being in our fool’s paradise we never saved much for the wedding. When we started to arrange for the required money, people started dropping clues to me that being the boy’s mom, I don’t have to share expenses. In fact, I can actually gain from the marriage of my only son.

Slowly it dawned on me that not much has changed in our society. The girl’s parents are expected to bring her up, give her a good education, teach her to cook, and then spend lavishly on her marriage and send her away to serve her husband and his family forever. People look at this as a ‘normal’ thing to do.

I don’t have any statistics, but my guess is at least 75% of marriages end up this way. I did not get swayed by the temptations thrown at me, nor did my son ever have any second thoughts. I think the girl my son chose wouldn’t agree with this either.

This conditioning is all around us

To be honest, I wouldn’t say that the bombardment of advice and warnings did not have any effect on me. I became kind of nervous at times but my son did a good job of putting me to ease. But one fine day, I decided to evaluate everything and put some sense into my head. After that, I never swayed even once. Whew! It was like Magneto wearing the helmet to prevent Professor Xavier from entering his head, only this was an invisible helmet of wisdom.

I was never into gold investment and did not have much gold jewelry. Whatever little I had, I divided it into two halves and gave one of it to my son. He was the person who had stood by me through all the ups and downs and deserved much more than what I was doing for him, by helping a bit financially for his wedding. This was way too tiny as well. As soon as people got to know about this, I was drowned in advice not to do this but to secure my future. Was securing the future meant keeping some money in the bank or having tiny pieces of gold in the cupboard? Wasn’t it building a beautiful relationship with your child?

The never ending advice from those who ‘knew better’

I was told again and again:

Now I am feeling so embarrassed typing more. It was utterly ridiculous. Not one, or two, but many people kept pouring such ridiculous advice on me.

My son and daughter are equal to me

Honestly, I wanted my son to change once he is married. His priority should be the woman he had chosen to live his life with. I had my own life and I should make that my priority. I do not want to burden myself in my old age with controlling my son and daughter-in-law’s life. I wanted my own freedom; that wisely meant I should give freedom to my children as well.

Yes, my daughter is my child, but so is my son. They both are equally important to me. Just because he is a man getting married, doesn’t take away the fact that he is my child as well.

The permission part was ridiculous. Two grown up people, who are leading their own life and married. Now, if they decide they want to do something without my permission, what was I supposed to do? Lodge a police complaint?

I had to do good parenting so that there is a strong bond between my son/ daughter/ daughter-in-law and me. That’s is all I should do. Whether my son is snatched or not is something I shouldn’t worry about. The same people never feel that the daughter is snatched away by the guy when he marries and takes her away from her family. Such gender discrimination was really troubling me throughout those few months of marriage ceremonies. Because it is common, we are so insensitive to this. We have been insensitive to a lot of issues regarding girls and women throughout the centuries.

What if your daughter in law takes everything and leaves your son?

What prompted me to write this was a new piece of advice that came by when we bought a second-hand car so that we all could practice driving on city roads. We had to register this in someone’s name. I suggested we register it in my DIL’s name if she is OK with it.

As soon as I said this to someone, the response was really a big joke. “Don’t register anything in your daughter-in-law’s name. If she divorces your son, she will take everything and leave you in loss”. I had heard this enough times in the past year. I laughed out loud at this and said, “If she leaves my son, my biggest loss will be losing her and not something we can earn. These things are peanuts compared to how precious this girl is to me”.

I am damn sure, the advice is never going to stop and they will keep coming at me, because to those people, I am a stupid woman making stupid decisions. They feel I need guidance to walk on their patriarchal discriminating path. Also, many say that I am putting ideas in my daughter-in-law’s mind by writing such articles. They never stop, do they? 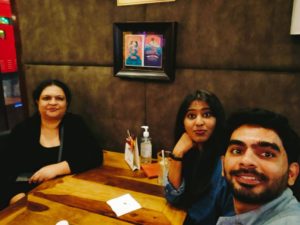 The choice I’ve made to be happy instead of controlling. 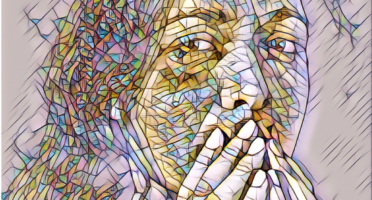