5 Reasons Why We Procrastinate And 4 Effective Ways To Beat It!

Has it ever happened to you that you have binge watched something on Netflix despite knowing that there was a test the next day? Have you ever pushed going to buy vegetables till you realised that the next day was a strike and you had zero supplies in your fridge?

Have you ever shouted at your child for watching too much TV but secretly pushed your bed time to watch just one more show of your favourite K-drama….only to wake up late and scramble around to get things done?

If so, welcome to the world of procrastination. Fear not, as the world has been no stranger to this phenomenon, right through the annals of our history. You might remember the Kannada proverb “Naale yendare haalu” (which means, what you keep pushing to tomorrow will cause you harm) and the Greek poet Hesiod in the 800 BC who warned people not to “put your work off until tomorrow and the day after”.

It is seen that the reasons behind a major health upset or inadequate retirement savings often happen to be procrastination. About 10 to 25% of adults accept that procrastination is a personality trait for them. People apparently spend about 1.5 hours per day browsing the net as a way to procrastinate!

Procrastination is the act of unnecessarily postponing actions and decisions. The word was derived from the Latin verb ‘procrastinare’ which meant ‘to put off till tomorrow’. It was also called ‘akrasia’ in Greek which meant ‘doing something against our better judgement’. 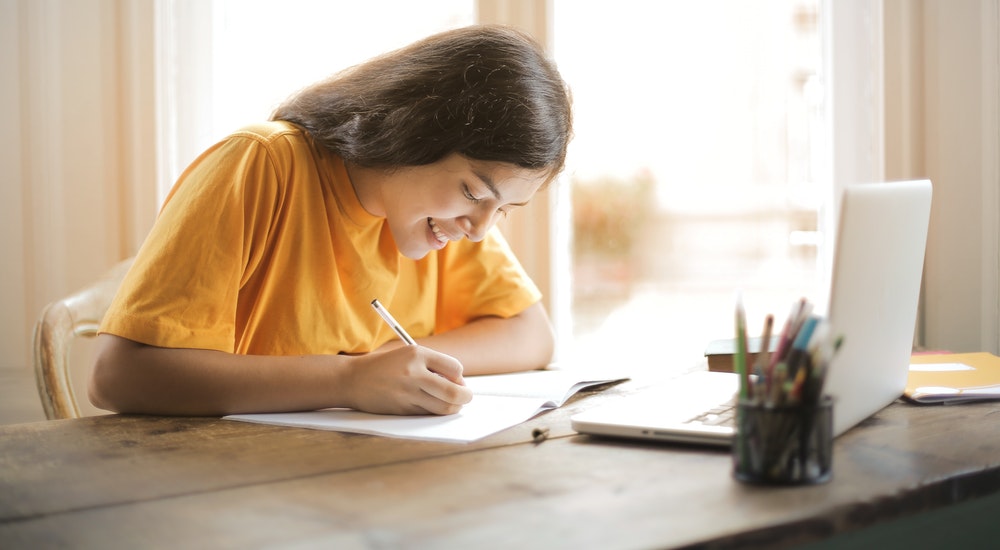 5 Hurdles Faced By Writers And How To Cross Them

I always felt that procrastination was about bad time management or poor self control, but turns out that it is neither. Rather, it is a problem with emotional regulation. To explain this better, in order to do something productive (anything), we need motivation. This causes us to exert our self control. When we discipline our minds, and exert our will power, we end up finishing the task at hand.

Most times, like the examples that I mentioned in the beginning, we try to improve our mood in the short term by pushing difficult tasks for the future. We try to avoid stress, anxiety or exhaustion by procrastinating, but unfortunately end up feeling worse after it.

If we need to get out of the habit of procrastination, we need to identify why we procrastinate in the first place. These causes differ from person to person. The most common ones being:

Most new year resolutions fizzle out due to the goal set being very abstract. When we set goals like “I will lose weight” or “ I have to be productive” or   “I have to do social service”, these are too abstract for our minds to decode.

With such goals, the problem is that there are no specific targets or time frame mentioned. The results are so far off in the future that eating those delicious gulab jamuns today does not seem bad at all. Therefore, the more abstract the goal, the more sure we can be about the procrastination.

The pursuit of perfectionism

Author Glennon Doyle in her book Create Magic, mentions a friend of hers who was a great writer. He has till date not published a book because he wanted it to be perfect and hence kept procrastinating till he found the right theme, the right ambience, the right place and time to write. Which was basically never.

The moral of the story is that when we want the task to be super perfect, we cheat ourselves into saying that we will complete it when the children are not squabbling/when all the chores are complete or that we will do it when the creative instincts flow in…… Rest assured, this task will be put on the back burner for long.

Another reason why people put off things is when the task to be done is considered boring or requiring too much effort. This happens a lot among students who put off studying a certain subject for later because it feels difficult or, when we put off learning to do something eg. driving, because it is uninteresting.

When we know that something is beyond our comfort zone and needs us to exert much more effort, it will usually be delayed. For example, if an introverted person decides to learn public speaking, they are more likely to delay it as compared to learning how to paint.

Most of us in our lives have been prey to this form of procrastination. When we know that there is a presentation due the next day, we still end up needlessly browsing Instagram before panicking and getting it done under great pressure or making excuses to procrastinate it all the more.

It is also important to know that though most of us procrastinate once in a way, 20% of people are chronic procrastinators. These people procrastinate as a part of their personality and hence telling them to buck up and be productive is like telling a clinically depressed person to cheer up and get on with it. They need more help and a different approach to help them out. People suffering from anxiety, depression and ADHD also have trouble completing tasks due to the nature of their ailments.

There are some theories which claim that procrastination is important for creative thinking and that this habit leads to people living stress free lives. Unfortunately, we see that it is not true. Procrastination usually leads to feeling more pressured and stressed just before the deadlines, doing half baked work and feeling slightly let down with yourself rather than the opposite.

Hence, we need to find ways to beat the bug in our system. The best ways to do so are:

It is all about choosing the right words to get the better of your brain. Rather than saying “I need to get fit”, it would be better to say “I will go for a walk at 6 pm for five days of the week”. Or, rather than saying, “I want to be thinner”, “I will exercise for an hour a day and stop eating fried food for six days of the week” would be better.

If you reward yourself by watching a movie over the weekend or having a cheat day to eat, the brain would feel sufficiently rewarded in the short term to be able to restart the loop the next day. This will give the brain a task which is easy to follow and something which gives short term gains. Consistently following up on short term gains leads to reaching long term goals more easily.

Find out why you procrastinate and be aware of it

We all have different reasons or a combination of reasons to procrastinate. We need to identify a pattern about why we push things. For example, a lot of us have the habit of making “to do” lists. We put the easier tasks on top of the list and scratch them off as soon as they are done. We get a ‘high’ out of crossing out things like arranging the fridge, cleaning our handbags or clearing the laptop.

Unfortunately, we cheat ourselves into doing the easy but unimportant tasks and neglect the difficult and more important ones. Once we recognize this pattern, it is relatively easier to change.

Put down a plan of action to cut down the habit

Learn to prioritize tasks, break them down into smaller ones, remove distractions ( eg.keeping our mobiles on silent), find out your least and most productive times of the day and work around it to focus on the task when we are demotivated.

Finally, despite procrastinating for the hundredth time, learn to forgive yourself. When you do so, you will be less stressed and motivated to do better for the future. Putting yourself down and calling yourself a loser will at best make you depressed and cause more procrastination. We need to understand that none of us are super productive all the time and normalize the occasional procrastination rather than beat ourselves up for it.

I can vouch for these methods because, I need to sheepishly admit to using them myself to finally sit down and write this article! 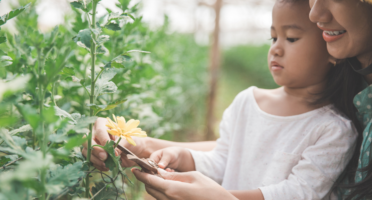 How Do We Make Our Children Environmentally Aware? 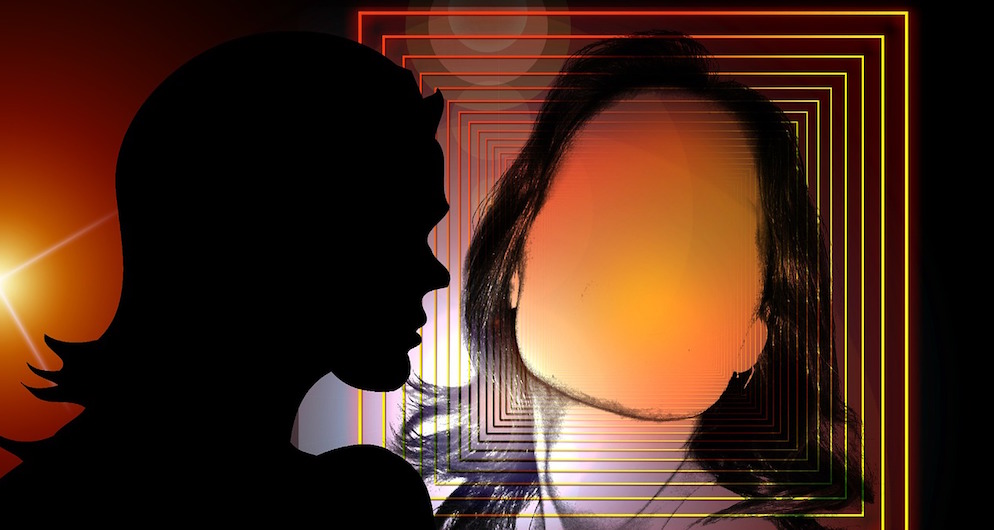 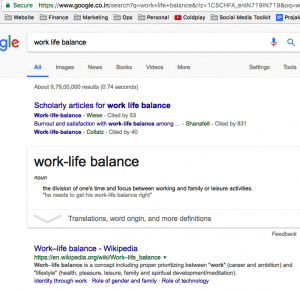 Household work is for girls, not boys, we tell girls, while telling boys that it is their job to earn for the household. Makes for good male managers, who are helpless at home. Why?

Household work is for girls, not boys, we tell girls, while telling boys that it is their job to earn for the household. Makes for good male managers, who are helpless at home. Why?

One month into my marriage, guess what is the last thing I say to my husband before going to bed?

No silly! It is not I love you!