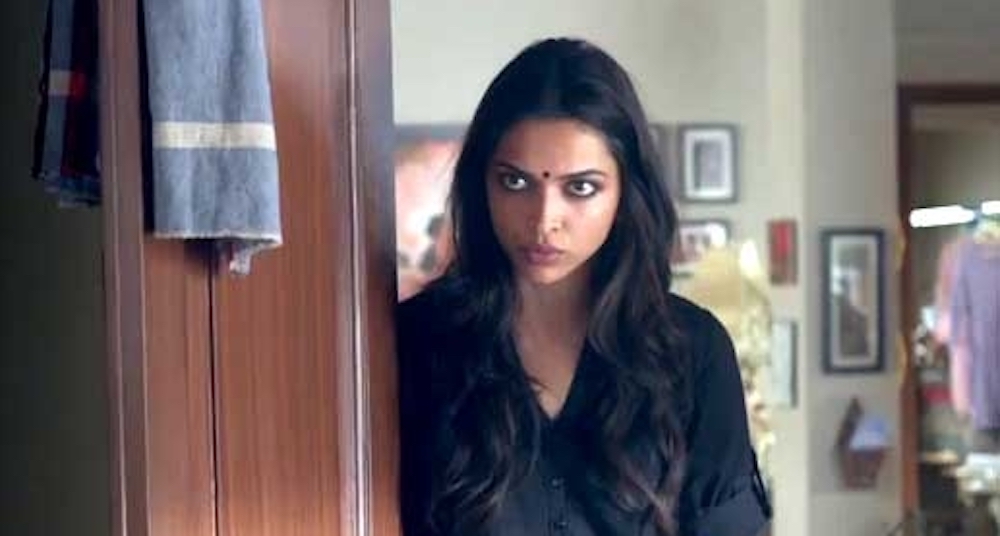 What stresses us out most is a lack of time, playing havoc with your peace of mind and health. Time management, says this author, is the key.

“One always has time enough, if one will apply it well.” – Johann Wolfgang von Goethe

Time …  That elusive thing you have one moment and it’s gone the next, literally and otherwise! As they say, ‘The bad news is time flies. The good news is you’re the pilot’. How often have we heard that line, and even have made it our status messages or DPs on social media? But how many of us are actually able to do it? For most of us life on weekdays runs on an auto pilot mode and weekends are a mad rush to cram in everything. By the time the sun sets on Sunday we are tired… so much so that the Mondays too go by in a blur.

The ‘multi-taskers’ that we are expected to become is like a whip that eggs us on to meet deadlines. But that takes the fun out of anything we do and we are unable to concentrate on any one thing. It brings down the quality of our output and leaves us overwhelmed and dissatisfied. Trouble is – time is a fixed entity that you cannot stretch but only manage. Sooner or later we have to make peace with this fact.

A lot of corporates nowadays have experts come down and talk about time management but over the years I have realized that it’s a skill which is either inherently there or one has to consciously imbibe it. A passive one-way teaching has never helped anyone. Unless you work on it proactively, the concept of time management remains just that… a concept. But of course, being aware of it is where it all begins. Everyone has their own life hacks that we can apply and benefit from. So, keep reading, learning and practicing them. And based on this cumulative wisdom build your own survival kit.

Here are some of my own hacks for time management that you may find useful.

Start small, bigger leaps will take care of themselves

If you try to make drastic changes in your activities it will tire you out. Instead take one area at a time and review it over some time. For example, before sleeping, lay out the clothes and accessories that you can wear to work next morning. I do not know about others but I have fretted over what to wear and wasted precious minutes over if. Some go a step further and have colour coded days to narrow down the choices further. Steve Jobs had taken it to another level by committing to a chosen uniform of a black turtleneck and blue jeans. The reason he gave was, it saved him time on the decision-making process. Of course, you can choose any process and tweak it and see if it helps.

At work and at home. See if some work can be bunched together and accomplished in the same trip.

It sounds simple but we often overlook it. Never ever underestimate the power of those coloured little stick ons. Don’t scoff at the housewife’s grocery list because that’s what saves her the endless trips to the super markets.

Before you call it a day, make a list of work left undone. Go through it the next day morning and then prioritize it. What works for me is the Covey’s two by two table. Categorise your tasks according to it and go serially from 1 to 4. 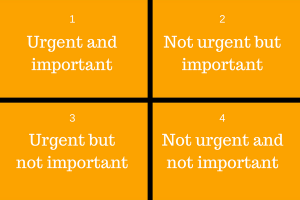 The four Ds. Once this table becomes a part of your planning process, you organically embrace the four Ds – DO, DELEGATE, DEFER and DELETE.

…and keep some buffer time in between. Try to stick to them. That doesn’t mean a regimented life and it may not work out from the word go. Sit and analyse what went wrong and what could have been done. Be persistent. It pays.

Not at the crack of dawn but just fifteen minutes earlier than your usual time. It helps bypass the usual morning chaos. Savour that cup of tea that you so well deserve. When your mind is clear, the efficiency rises two notches higher.

Often in an attempt to do everything all at once we tend to falter. Multi-tasking is good but some jobs need your entire attention. See to it that such tasks get the attention they deserve. Put a DND sign outside your room and in your brain as well. Concentrate on the work and get it out of the way. That way you do it once and you do it well. Undo and redo are time guzzlers.

Perfection is a myth

As much as I pride myself in being a perfectionist, I remind myself when to step back. For example, if it’s a report, write it down in one go. Then come back to it after a while. Revise and make changes instead of scratching over it again and again to get just the right thing. Once it’s all laid out, smoothening the finer wrinkles becomes easier.

Switch off the distractions…

Literally. All that aimless internet browsing and passive TV watching has done no one good. In the name of unwinding we either pick up that TV remote or the smartphone. Resist spending too much time on it. Just lie down for a while if you ain’t in a mood to do anything. Give those knotted muscles some rest instead of adding to their misery.

Otherwise all that work is upto no good. A lot of Indians feel guilty when they are not working. Their Fridays are often the most hectic. There is absolutely no need to feel that way. If you are so particular about charging your phone and laptop, don’t you need a recharge as well to work better.

Train the mind into forming habits

I so badly wanted to write but had been putting it off. Finally, when I started, I made a point to jot a few words every day. And now when I don’t do that, my mind signals me to sit and do just that. So, think of that one important thing that you mat want to consciously convert into a habit as I vouch for its effectiveness.

My sister laughs every time I move towards the organizers’ section of any store. But for me an organized closet is the way to an organized mind. File away and label the stuff that clutters your drawers. Block all those unnecessary e mails and notifications. There has to be a place for everything and everything in place. Discipline your hands to do so and before you know you’ll have so much more time and not to forget a much neater house and office as well.

There’s no avoiding them. Eat healthy and have some form of exercise. I don’t have to tell you how good those endorphins are!!

That does not mean the ‘mantra chanting-sitting-cross-legged-on-the-floor’ thing that we associate meditation with. It is a process that stills your mind so you can connect with your internal reserves. That process is different for everybody. Some say activities like cooking, doodling and even colouring colour books (check out the plethora of adult colouring books online) calms their mind and they feel at peace. For others it could be sitting by your own near a water body. The expanse of water kind of soaks in all your thoughts leaving your mind free. And for some it could be as simple as sitting in your home near the window/balcony and stare into nothingness. It could be any of these or all of these (in my case, its all of these) or something entirely different.

And finally, sleep well and for at least 7-8 hours

When we have a lot of work on our mind the easiest way out is to cut down on sleep. What we never realize is that a well-rested brain is far more efficient than a sleep deprived one. Resist the urge to compromise on sleep. It is one of the most counterproductive thing to do.

There are times of utter chaos and it is but natural for us to hit the panic button. RESIST. Instead step back, take a deep breath and concentrate on what can be done NOT on what has happened.

It all started with a book named ‘Cheaper by the Dozen’ which was based on the lives of a couple Frank and Lillian Gilbreth as seen from the eyes of two of their children (they had a dozen!). It was a hilarious take on the couple’s core work on motion study when it was applied on the family, sometimes to disastrous effects. It was a funny but an insightful book as well because it subtly talked about how economizing in our work movements brought about efficiency hence cutting down the time without compromising the quality. The basic idea was to scrutinize a particular task closely and eliminate unnecessary and inefficient movements/processes. They went on to call their processes ‘Therbligs’ which is a reversal of the name Gilbreth. I have to mention it here because that book nudged me into the direction of time management, which has enabled me to follow my passions alongside my work and family commitments. I hope as I was influenced by them, my words help you redirect your energies better, if only in a small measure.

Header image is a screenshot from the movie Piku

I am a doctor with an MD in Clinical Microbiology, working at KEM Hospital, Mumbai.

6 Steps To Follow If You Want To Get Out Of The Lethargic Pandemic Lifestyle While At Home!