They were the most adorable power couple, she a banker and he a lawyer who were quite popular among their mutual friend circles. Abhi had worked his way to success and Neha had never given up.

Neha had been dating Abhi for almost three years now, but he hadn’t proposed to her yet. However, this time it was different. He had asked her for dinner in one of the finest hotels in the city, not those shady Chinese restaurants which they usually visited.

Everything was planned for Friday night it was going to be her big day, the gossips had made their way to her. She tried to be happy, but something was just not right. In the three years of her knowing Abhi, she hadn’t quite been herself with him.

They were the most adorable power couple, she was a banker and he a lawyer who was quite popular among their mutual friend circles. Abhi had worked his way to success and Neha had never given up. When they had first met at the elegant wedding of one of their common friends, they had been attracted to each other like magnets and that was that.

Now both of them in their mid-thirties were the talk of the town. Even their friends wanted them to settle for good. So, Neha was quite not sure whether she should be bothered about her past or be happy.

Neha didn’t exactly have a happy childhood, her parents died in a car crash when she was twelve and her sister, Nina, was nineteen. They got to know that their parents weren’t exactly rich and there was nothing much to inherit. None of their family members who had come to the funeral had shown any interest to be their guardians.

So, at an early age, her sister took a job. She started working in a Non-Government Organization, planning their work and making field visits to the orphanages. At times she would take Neha along with her and both of them would sit on a bench and watch the children play.

Nina often used to say, “There are so many children in this world who need a home, I would rather adopt one than having my own” and Neha would chime with her, “me too”. That was their new world without their parents. So, Neha was devastated when she learnt that her sister had an incurable brain tumour at the age of twenty-eight!

Life was never the same anymore. She had just graduated and joined one of the top five banks. After that, she turned into a workaholic working even on most Sundays and public holidays. She relaxed a bit after she met Abhi. He knew about the facts in her life, but her feelings were her own, she kept them to herself. Abhi didn’t sense that, so it had worked so far.

Friday arrived, she had chosen the best dress she could find in the store, a rather expensive one. If she had to do this, she would do this with grace. She took a cab and reached the hotel an hour early. The table was reserved, everything about the place was posh.

The walls were a pasty shade of white and brown with huge paintings hanging on them, the floor covered with red carpet and furniture made of mahogany wood. She waited and waited, Abhi was late as usual. When he finally arrived, he was on this mobile and he signalled at her that he was winding up a call.

After about fifteen minutes they were seated at the dinner table. Abhi apologized profusely for being late and said that it was a big day. Neha didn’t mind as usual, or rather she didn’t care. Abhi ordered the dishes, he claimed that he had been there for business meetings and knew what was best. They chit-chatted till the food arrived and ate in silence.

Perhaps he was waiting for the desert, Neha thought, and she was right. After taking the last bite of the choco lava cake he held out a huge diamond ring and said with some excitement, “So, what do you think?” Neha knew what she had to say, and she had run the conversation multiple times in her head.

“I have something to tell you, I never want to have kids.” “Oh, there’s time, give it a couple more years,” Abhi mentioned with a smile. Neha held his hand and explained to him that she would rather adopt one. It is okay for him to move on if he wasn’t fine with it but that was her decision, never to be altered. “How come you never brought this up in the past three years!” Abhi exclaimed.

As though she was aware of this reaction she just repeated once more, “You are free to move on.” Abhi got up and left with utmost disgust. Neha pushed back her dessert, finished her wine, and paid the check. Tomorrow she would go to the orphanage, and she knew exactly what to do.

Mitra mostly writes poems and occasionally pens down stories or memoirs. She is a software professional with a passion for both technology and literature. She has published a book of poetry called, ‘Beginning’ and participates read more... 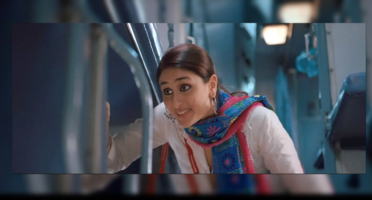 Whenever I Want To Travel, I Am Told, 'Do Not Travel Alone, You're A Lady!' 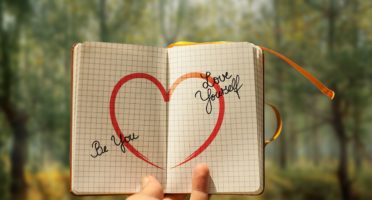 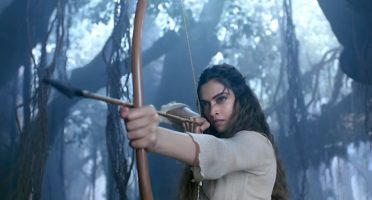 Fairytales Bother Me Because They Tell Me I Need A Prince To Save Me!