From Singing Carols To Endless Santa Stories & Finding Solace In Giving…The Christmas Spirit Has Always Stayed With Me!

Christmas became even more exciting since I became a mom 25 years ago. Decorating the Christmas tree, gifts & get-togethers are part of this joyous package. But nothing matches the ecstasy of generosity!

Every morning since December started, I have been kick-starting the day by playing Christmas songs while making breakfast in the kitchen. Settling down in the USA, away from home for close to 30 years, there is something that I miss a lot about India. It is the celebratory mood filling the air at regular intervals, with festivals coming one after another, all year-round.

So in the USA, this is the season that makes me particularly happy. At no other point is the festive spirit more pronounced than at this chunk of time starting from Thanksgiving and lasting till New Year’s Day!

I am proud of the liberal mindset of my parents that respected all faiths…as a child of late 60s in India, I celebrated Christmas!

I was once asked by a fellow teacher if, being a Hindu, I celebrated Christmas while growing up with my family in India. She explained that people these days are more accepting of each other’s religions but wanted to know how it was for me as a child of the late sixties. I of course had a beautiful story to tell.

I have always been extremely proud of the liberal mindset of my parents. They respected all faiths with equal reverence, and Christmas is one of those festivals that has always had a special place in my heart. It is true though that we began to celebrate the occasion after I started going to school.

I gathered specific details about Christmas from the Catholic convent that I went to. The story of baby Jesus’ birth in the manger and the three wise men coming to shower their blessings was endearing. We were taught to sing Christmas carols as a part of the program that was conducted before the school closed for the holidays.

What excited me the most was obviously the part about Santa Claus coming with gifts on Christmas Eve, depending on whether you were “naughty or nice”. 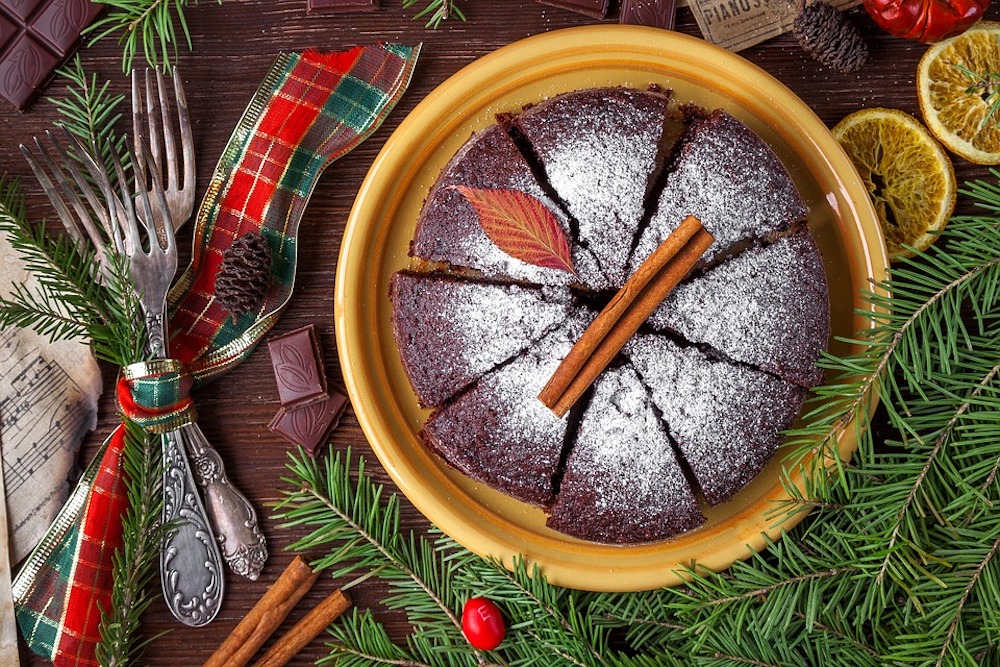 3 Delicious Christmas Cake Recipes With A Desi Twist – Baking One This Year?

Our celebration at home was confined to decorating a small Christmas tree, writing cards for a few people, and getting a cake. Till I believed in Santa and faked to do so the very last year, my mother would secretly leave a small gift for me on the kind man’s behalf!

The fun-filled Santa stories just do not end!

Christmas can never be complete without the the adventures of Santa Claus in any home that celebrates the holiday. The journey is more thrilling when you are in the seat of a parent and weave those tales. Well, parents have the acumen for lying with such artistic perfection that their offspring believe them with a hundred per cent faith!

It was one of my Christmases in India. Around 3 A.M, my mom woke up with a thump when she heard footsteps. My sister-in-law was at the fag end of her pregnancy with her youngest and had tiptoed to the room. My mother thought her labour pains had started. Apparently not! She had come to leave the gifts while my little one and her two girls were fast asleep. She was playing Santa, and we laughed that there was a similarity between her tummy and that of Father Christmas.

That same time, we had left milk and a cookies on the kitchen counter for Santa. The milk was emptied into the sink by one of the adults in the morning, but the mystery remained as to where the cookie had vanished. Using our heads, we finally came down to one logical conclusion. In the darkness of the night, some insect from outside might have made its way to the plate through some unseen crack and satisfied its appetite.

The granary of stories is indeed rich and overflows with laughter.

A friend’s daughter questioned how her gift was packed with the wrapping paper they had at home. Mommy’s instant answer was that Santa might have gone to the same store to shop!

My niece once suggested that an email would be a faster way to send the wish list than through snail mail. The stories just do not end!

No act surpasses the joy of giving!

It has been an even more exciting experience celebrating Christmas ever since I became a mom 25 years ago. Putting up the Christmas tree, decorating the house with lights, buying gifts, and having get-togethers are all a part of this joyous package. But there is something even greater than all this that makes the experience even more illuminating. That is the ecstasy of generosity!

It is sad that the winds of commercialization have swept almost all festivals, and the intrinsic humane values tend to be ignored at times. In the middle of all the gaiety, can we not strive to practice the gospel of humanity?

A generous regime was repeated every year throughout my child’s school years. A few weeks prior to Christmas, he would come home with a flyer. It would have information about his class sponsoring a needy family with help of any kind. I think this is the type of knowledge that needs to be imparted to our children. They need to learn that there are those who are less fortunate than them that should be cared for.

Be it in the smallest of ways, I have always felt that it gladdens the mind and soul every time I contribute to the food and clothing drives that are organized to help those in need.  No act surpasses the joy of giving to others.

A comic strip from Peanuts with Snoopy and the gang was recently shared by a dear friend. The message read: “As you grow older, your Christmas list gets smaller, and the things you really want for the holidays can’t be bought.”

It may not be a comforting thought, but it is the ultimate truth! So let us look around with gratitude and appreciate the love, kindness, and compassion that have come to us unconditionally and have filled our hearts with happiness. They are intangible and have not been bought, but they instil a true grandeur and permanence to make each day worth living in the circle of life!

Here’s to wishing all a very merry and peaceful Christmas! 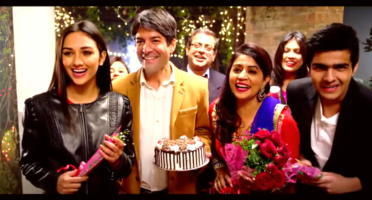 Welcoming The New Year With Hope! 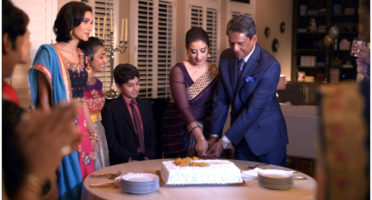 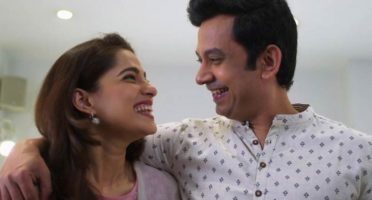 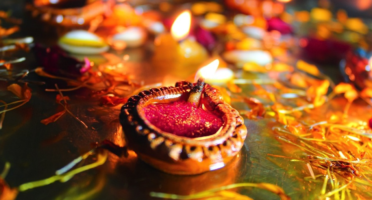 "Yes, I am opting to leave your father. For 35 years, I’ve lived my life for him and for you all. I am tired now. The few years that are left of my life, I want to be free." 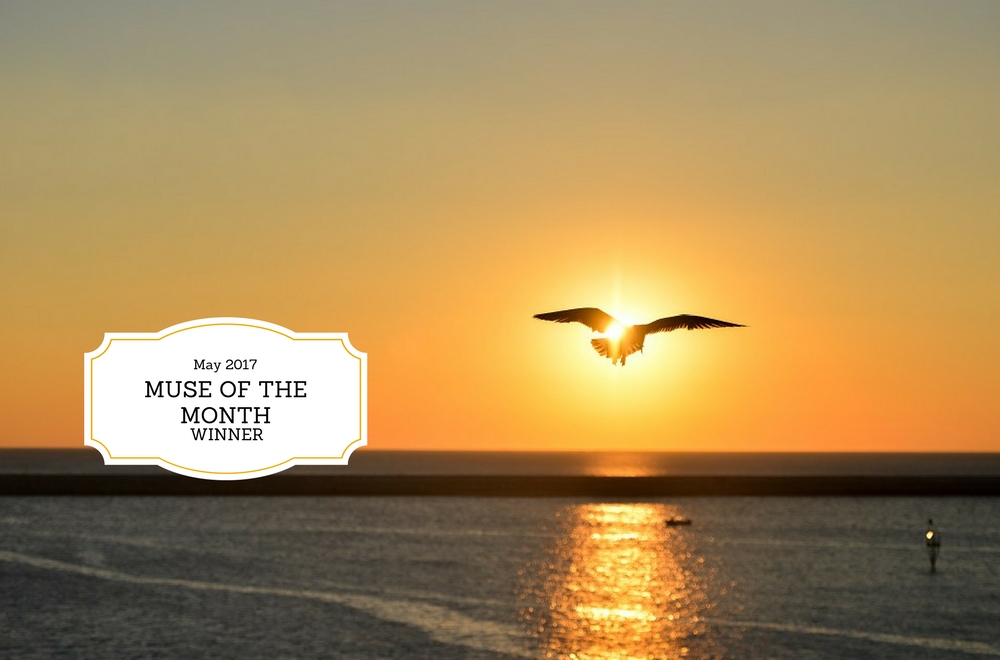 “Yes, I am opting to leave your father. For 35 years, I’ve lived my life for him and for you all. I am tired now. The few years that are left of my life, I want to be free.”

Here is the first winner of our May 2017 Muse of the Month contest, Kasturi Patra.

Every Christmas, I Meet My School Friends…15 year olds are now 50 But Our Enthusiasm Is Intact!

My classmates and I meet every year around Christmas. Some of us are now moms-in-law & proud grandmas, but we're our 15-year-old versions with each other. It warms the heart to see the child in us come out and the years disappear.

Our school textbooks would say that Christmas is ‘a festival celebrated by Christians all over the world’. But I don’t agree with this.

It is for anyone who wants to celebrate the spirit of Christmas, which spreads a festive cheer all over the world, like a blanket.