As long as cishet actors do an LGBTQIA+ movie once in a while, it’s 'not a problem for us'. Because it comfortably 'guards' our cultural queer/transphobia by reminding us that films like CKA are still an exception and not a norm.

Make no mistake. I am a huge Ayushmann Khurrana fan! The 2012 Shoojit Sircar helmed Vicky Donor was a refreshing shift from the pile of same-old Bollywood machismo. From a sperm donor, a man battling baldness (Bala), a son coming to terms with his middle-aged parents’ active sex life (Badhaai Ho!) to a gay man in love (Shubh Mangal Zyaada Saavdhaan), Khurrana has shown the manifold possibilities of progressive humane storytelling. He successfully reminded the average Indian masculine ethos that men can be vulnerable, anxious, insecure, and well, gay.

And now, he is back with Chandigarh Kare Aashiqui. Here, he plays a fitness provider who falls in love with a Zumba instructor (played by actor Vaani Kapoor). But that’s not all. Kapoor plays a transgender woman and Khurrana a typical heterosexual, cisgender Punjabi man. What follows, according to some media outlets, is a “twisted” love story.

I am ecstatic that mainstream Bollywood is bravely pushing the narrative boundaries. Indian web-series and anthologies like Sacred Games, Feels Like Ishq, Ajeeb Daastans, Ankahi Kahaaniyan have successfully mainstreamed lesbian, gay, bisexual, transgender, queer stories into the consciousness of Indian and Indian diasporic consumers of popular culture. However, this tectonic cultural shift needs more active discussion, especially when it comes to the Ayushmann led LGBTQIA+ narratives.

Don’t get me wrong! I am not here to criticize Khurrana’s brilliant cinematic range. But something has to be said about a cishet actor as a carrier of queer/LGBTQIA+ narratives. Isn’t it time for openly queer/trans popular actors?

A cursory Twitter search on Chandigarh Kare Aashiqui (referred as CKA henceforth) will introduce you the discussions around this film. Among the many praises showered on the film, one will find a common commentary, something on the lines of “Ayushmann hamesha hatke roles karta hai.” Translated as “Ayushmann always does different roles.” “The word “different” makes me pause. It significantly others trans identities by re-packaging them as “hatke stories” (an escapist fantasy at best) brought to the active cultural consciousness by a cishet Bollywood actor like Khurrana–a potent symbol of heteronormativity.

… but can we do better representation?

In other words, in its attempt to mainstream trans identities, a film like CKA ironically furthers trans marginalization as the conversation is once again overshadowed by Khurrana’s fandom. Vaani Kapoor’s sexy cishet identity does not benefit trans people in any way either. We have yet not created a socio-cultural space for a trans women to exist openly.

No matter how good the film would be, the premise has been set: view the transgender identity as an exception to the norm, as the goodness of Khurrana, the cishet actor who goes out of his way to centralize queerness. Watch the film as a testament to our savior heterosexual patriarchal Indian culture that at least allows such spaces of inclusion. Watch Kapoor as a trans woman but within the established purview of her heterosexual, cisgender, born female lived reality!

The acceptance of queer/trans Bollywood stories still depends on the star value of a cis heterosexual male actor, Ayushmann Khurana and his other cishet co-stars like Vaani Kapoor or Jeetendra Kumar. The discourse thus lacks the humanization that such identities need. Humanization that could be made possible if actual queer/trans actors get the center stage.

Hidden transphobia in viewers; the need for cashew star value… this needs addressing

One social media comment read that Vaani Kapoor was a perfect cast as she looks like a man. Hidden behind this so-called praise on the film is deep-seated transphobia (and sexism) that a seemingly good-intentioned film like CKA must prioritize to dismantle. And that will not happen if we still keep casting cishet actors for queer/trans roles. We need gay actors for films like Shubh Mangal Zyaada Saavdhaan and a trans actress for CKA. LGBTQIA+ should not be normalized via heterosexual mimicry of queerness.

Complication arises as mainstream Bollywood depends heavily on star value. Actors like Ayushmann Khurrana and Vaani Kapoor have cultural capital and heterosexual privilege. And they appear to be utilizing those towards cultural benefit. Kudos to Khurrana for dedicating his career to such roles and hats off to Kapoor for bending the orthodox norms.

However, the cishet star value needs dismantling and that too as soon as possible. The repetition of “Ayushmann hamesha hatke roles karta hai” brands the actor as a savior for LGBTQIA+ people. In other words, that gay and trans love stories can only be mainstreamed if well-known cisgender heterosexual actors like Khurrana and Kapoor take on such roles.

Kudos to Ayushmann for championing the LGBTQIA+ cause, but the narrative now needs to change

CKA‘s popularity is directly related to Khurrana’s emerging ethos as “that straight actor who stars in queer themed films.” This, in turn, only creates a problematic template for representing queer stories in mainstream Bollywood—cast cishet actors with massive popularity. The issue lies in the reiteration and hence, solidification of the heterosexuality of such actors and their consequential emergence as a valid tool for presenting queer/trans narratives in mainstream Bollywood.

Think about it. Will CKA gain such interest if the main actress was an actual trans woman? Would Shubh Mangal Zyaada Saavdhaan be a hit if the film hadn’t starred Khurrana or had cast two gay newcomers? What benefit do such films hold in a culture where coming out of a closet is still not mainstream?

Some might argue that the average Indian consciousness is not ready to accept such realities yet. But for me, the problem seems something else. It looks like we are readily accepting of LGBTQIA+ films but not of LGBTQIA+ people. As long as cishet actors do a LGBTQIA+ movie once in a while, it’s not a problem for us. Because it comfortably guards our cultural queer/transphobia by reminding us that films like CKA are still an exception and not a norm. And that norm would not change for better if we do not cast LGBTQIA+ actors. 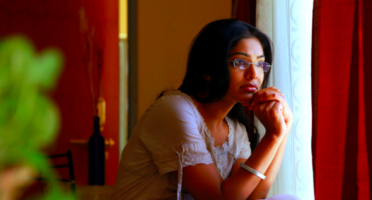 It Is A Universal Truth That Every Married Woman MUST Want A Baby...Says Who? 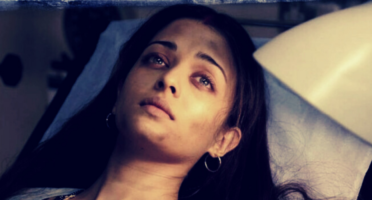 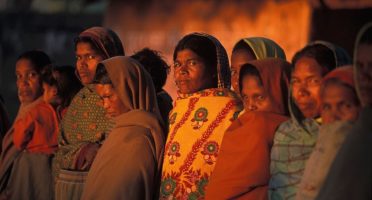 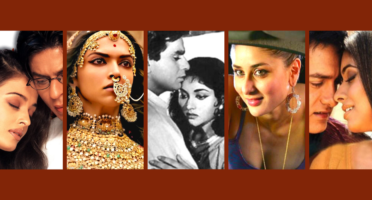 Why We Have Preferred To Have Our Women In Films Either Sanskaari... Or Dead