A bright student, Suniti had never thought wedding bells would ring so early for her. Her chance meeting with Rahul in the college cafeteria changed it all in one second. A girl who shied away from the other sex had suddenly started getting pleasure from talking with this tall and fair young lad.

It took four long years for this young couple to convince their parents, and finally, they tied the knot in Suniti’s hometown. As Rahul hailed from Pune, Suniti packed her bags post marriage to be with her beloved in his hometown.

Rahul’s parents were quite familiar to Suniti as she had met them several times before her wedding and during her courtship days. Suniti was happy that she had such a loving and caring family to call her own. When Suniti’s Mom suggested that they would accompany her to Pune, Suniti replied, “I am just switching homes, Mom. I have another set of parents there too, so don’t worry. ”

Suniti received a grand welcome on her arrival in Pune. Rahul’s parents and relatives welcomed her like their own daughter. Everything had been going well except for one disturbing thought, which had been giving Suniti sleepless nights.

Why do they need to sleep in different rooms?

It was her second day at this new household, and Suniti discovered a strange thing. She saw her mother-in-law and her father-in-law sleeping in separate rooms.

Suniti thought of letting it go for a while, but it started bothering her thoroughly as days passed. While Rahul’s mom slept in the Puja room, his dad had a big square room to call his own. Except for that small thing, there was nothing else in their daily interaction that could add fodder to Suniti’s disturbing thoughts. Both seemed like a happy couple. While Suniti’s mom-in-law was prompt in addressing Mr. Kar’s needs, Mr. Kar too seemed equally concerned about his better half.

“When Maa and Paa are so concerned about one another, then why do they need to sleep in different rooms?” Suniti was going crazy thinking about this, and thought of discussing it with her husband. But she knew Rahul well and could guess that he wouldn’t be interested in talking about it. Still keeping all her anxiety aside, Suniti popped the question to Rahul, “Rahul, If you don’t mind, can I ask you something? I mean, why do Maa and Paa sleep in separate rooms? I mean, hope everything is fine between them?”

“Hmm… It’s ok; after all, it’s their life, and I don’t think it’s wise on our part to get into this. Maybe they are comfortable this way. Since I was in college, I have seen them sleep in separate rooms.” Before Suniti could say anything, Rahul’s phone beeped, and he went aside to take his call.

It was not what she was used to…

Suniti wasn’t satisfied with this answer. She had always seen her own Mom and Dad have their own private space in her home, and wondered if at all she was overthinking or doing some misjudgment on her part. But, unfortunately, the more she thought of letting the belief go off her mind, the deeper she was getting dragged into the same.

After her leave got over, Suniti resumed office. She and Rahul would leave home around 10 in the morning, and after a grueling nine hours, they would be back together. Rahul’s Mom would be ready with the dinner, and the family of four would have it together at the table. Gradually with time, Suniti too got used to the new household and, in the process, became quite comfortable seeing her in-laws come out from two different individual spaces in the morning.

The importance of room to grow

One fine day as Rahul and Mr. Kar ware out for a health check-up, Suniti found her mother-in-law watering plants in the terrace garden. Suniti had a day off, and she too joined her with a glass of coffee and started putting the samplings into the clay pots.

“Careful Beta, Please read the instructions overleaf before planting these. Don’t put them too close to one another; they won’t get enough food and sunlight, which would hamper their growth to a great extent. They need their individual space to grow.” Suniti’s Mom-in-law expressed while cutting the stems of the rose plants that had grown bigger.

“Hmm… Similar to these plants, we humans at times need our space, too, I suppose. Maybe that’s the reason you and Paa have two separate rooms to call your own,” Suniti said as she bit her tongue in disbelief and immediately apologized for her words.

Mrs. Kar looked at Suniti and gave a smile. “Finally…” She murmured while asking Suniti to water the rose plant that now looked prettier and in shape.

Then she got up, took the succulent pot in her hand, and said, “Look at these succulents, my dear. I had planted them in one pot, but it became difficult for them to stay in one place, as both grew way too bigger for the planter, making it tough for me to cut and trim them. In that, the beauty of this vase as a whole was gone. In marriages, too, two different individuals live under one roof and tend to grow together. But, unfortunately, at times, their individual growth is impaired due to many external factors. That’s the decider. Either you stay and engage in an unnecessary spat or give wings to each other and help them grow.”

‘Afternoons are for us’

Suniti never expected such a blatant reply. However, her curiosity grew multifold, and she said, “Ok, Maa, I understand! All seems to be good between you two. I shouldn’t be saying this, but you can choose to part ways if you aren’t happy. I mean, ‘divorce’ has become so common. So why to shy away ?”

Before Suniti could add, Mrs. Kar exclaimed, “I know this generation, and I don’t blame you guys. ‘Divorce’ has become as trendy as it could get. But we come from a generation when to think about the same was considered a vice. Moreover, your Dad hadn’t done any wrong deed. It’s just that I had post-menopausal mood swings, and our sleeping together added to our fights. I had done so much for Kar and Rahul all my life that I felt my life had lost its purpose. The time had come to pause and reflect, and then I decided to start writing. My thoughts get wings when I write in the night after the world is in deep slumber. Kar doesn’t like staying awake, so you know we chose our spaces accordingly.”

Though Suniti was satisfied with the answer, still her ever-curious mind kept wandering, and before she could put her final clincher, Mrs. Kar said,

“I know what you are thinking? Don’t worry; we are quite active in bed. Afternoons are for us. After all, we are senior citizens, and we have our own sweet way of indulging in things.”

Suniti couldn’t control her laughter and hugged her mother in law close to her heart. 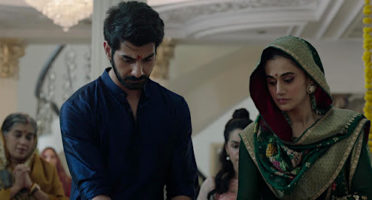 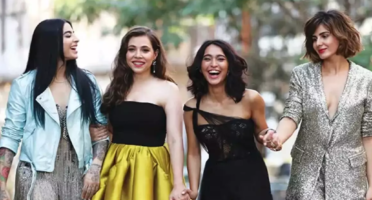