Strong female characters on screen are rare even now; and then they are often misunderstood and judged by viewers, and treated with a hatred that they don't deserve.

Strong female characters on screen are rare even now; and then they are often misunderstood and judged by viewers, and treated with a hatred that they don’t deserve.

The Family Man is a Hindi TV series that tells the story of Srikant Tiwari, a middle-class man who secretly works at the Threat Analysis and Surveillance Cell (TASC), a fictitious branch of the National Investigation Agency (NIA).

Srikant is married to Suchitra ‘Suchi’ Iyer and has two children, Dhriti and Atharv. He lies about his job to ‘protect’ his family from the dangerous nature of his work. Though he is extremely good at his job, he is an irresponsible, absent-minded husband/father who constantly lies about his whereabouts. And has little to no idea of what happens in his family.

The series has shown the husband-wife relationship from both perspectives, and in doing so, has not tried to give one an edge over the other.

But I think the viewers have been quick to judge and shame Suchi.

Framed as the stereotypical wife

Suchi is being viewed as a ‘nagging wife’ who does not give Srikant peace of mind when he returns home from his dangerous and stressful work. She constantly accuses him (and rightly so) of not sharing the responsibilities of the house such as picking up children from school or paying the electricity bills. 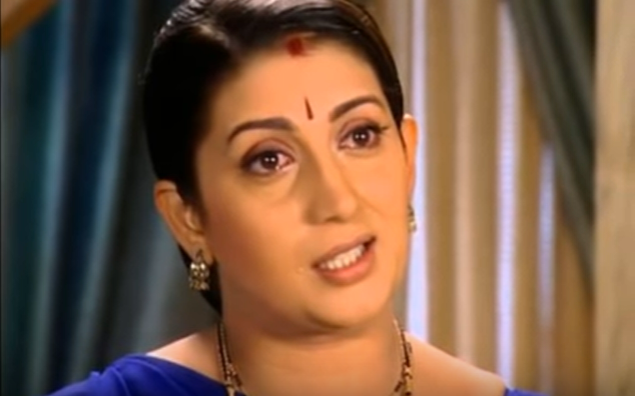 Srikant is aware of his helplessness and his inability to share the responsibilities of the house. But when Suchi tries compensating for his absence , she is taken for granted and rarely appreciated. She is stuck in a boring job for nine years; however Srikant is dismissive of her decision to try something new. He says that her current job will give her “enough time to spend with their children so that she can fill his absence.”

Suchi is being viewed as someone who does not ‘try’ to understand her husband’s situation. There is hardly any communication between them and even when they talk, it either ends in arguments or him running away in the middle of the conversation due to ‘emergencies’.

Suchi has been receiving a lot of hate from the viewers, especially due to her closeness with her colleague Arvind, with whom she has probably slept. Comparisons between Suchitra and Skyler White (a character from the American series, Breaking Bad) have been doing the rounds on social media. Skyler too had been viewed as a ‘nagging wife who stands in the way of’ her husband’s illegal business. She later develops a liking for Ted, her colleague, and sleeps with him, and received a lot of hate during the show’s running time.

In both these cases, the wives were being constantly lied to, and unappreciated for what they did to as a family member. But they are considered as femme fatale figures, who get in the way of the male protagonist’s goals and contribute to their downfall, and their needs are not even considered a thing.

I do not intend to justify extramarital relationships. But they are anyway not in emotionally fulfilling marriages, so should we really judge them if Suchi or Skyler found solace in their colleagues? Why are women being punished or made fun of, for not being silent sufferers or sacrificial spouses/mothers? If the roles were reversed, and if Suchi was the one who constantly lied and hardly made time for her family, she would have still been criticized for not caring for her family, but would we really judge Srikant then for doing what she has done here? Srikant’s job is stressful and dangerous. But does not excuse him from sharing the responsibilities of the house, or even emotional responsibilities towards his spouse?

All he can think about is work, even when he is at home.

Unfair expectations from the women of the house

The truth is that our protagonist is a terrible family man. Srikant’s struggles to manage both his work and family is viewed with pity. But why is Suchi not getting the sympathy that Srikant gets? After all, she too has a job and yet handles the house. Her work might not be as stressful as Srikant’s but it still isn’t easy.

Suchi is a strong character. She isn’t guilty of going out with Arvind and lying to Srikant about it. She remains unapologetic even when he finds out about it. Neither does she blame herself for not knowing about Dhriti’s boyfriend, or for being a bad mother when she was kidnapped. She was courageous enough to quit her job and try something new even when Srikant wasn’t really supportive of it.

Dhriti too, like her mother, is strong and unapologetic. She demands to know where her parents stand in terms of their relationship. She is self-aware and asks her parents to respect her privacy. She even tells her dad that he should have explained why sanitary pads are used when Atharv asked. She pushes away the boy who tried to kiss her at the party. She isn’t afraid to have a boyfriend, and demands an explanation from him when he ghosts her. She also tells Kalyan that they’ll figure out everything together when he says that his dad is against their relationship.

She is courageous and fights for her survival.

Focussing on the flaws is the trend

Social media is so curious to know what happened between Suchi and Arvind at Lonavla that it has become the next ‘Why did Kattappa kill Bahubali?’ It shows that we as a society are obsessed with labelling and shaming women. I came across a few memes posting about how nobody wishes women like Suchi and Dhriti in their family and I disagree.

Everybody should wish for more women like Suchi and Dhriti who are willing to stand their ground and not take shit from anyone.

Can love exist without respect? This is a question that I always find myself pondering upon. I come from a place where love was found in abundance. Whether it’s my own family, my friend circle, or neighbourhood, there was no dearth of well-wishers.

Yes, it was an arranged marriage but we asked for a year to know each other before marriage.