Sex workers exist because of those who demand for the sex trade - the men who are mostly the customers, and the traffickers, pimps, in a nexus with politicians and everyone corrupt.

Sex workers exist because of those who demand for the sex trade – the men who are mostly the customers, and the traffickers, pimps, in a nexus with politicians and everyone corrupt.

This women’s day, I decided to take a stock of how many women groups are in the ambit of awareness of their basic human rights, and how many are in the dark loop still.

In the latter, since thousands of years of human history, sex workers have been confined to just their body, and denied of all basic human rights. They are treated like untouchables in daylight, but are an indispensable part of the murky world, where man unleashes his secret desires.

Though the ‘civilized world’ doesn’t seem to be making an effort to end this degrading trade, there have been efforts to bring them within the purview of the law. However, this needs to be done with the realisation that the real criminals are the traffickers and the pimps who profit off their labour, and the customers who demand it.

Firstly, there is no social community without sex workers. But they are mostly confined to darkness and hushed to silence. Here, she becomes a mere object for her customers to use, but without a scope to express or fulfil her own feelings and dreams. It is natural human tendency to respond to human touch, but here, she has to act (rather trained with terror to do so) to remain detached from her body, as she can’t afford to feel through her heart.

The main culprits – men who are the customers

As far as men, the pleasure seekers, are concerned, they defend visiting a brothel for ‘gratification’ of  sexual needs, which they mostly claim not being satisfied by a partner. With a woman who is aware of her rights, or even a woman partially ‘protected’ by society in her legal position, a man may not be able to force her to do all that he wishes, like he does in paid sex, where the woman is considered a mere receiving body. 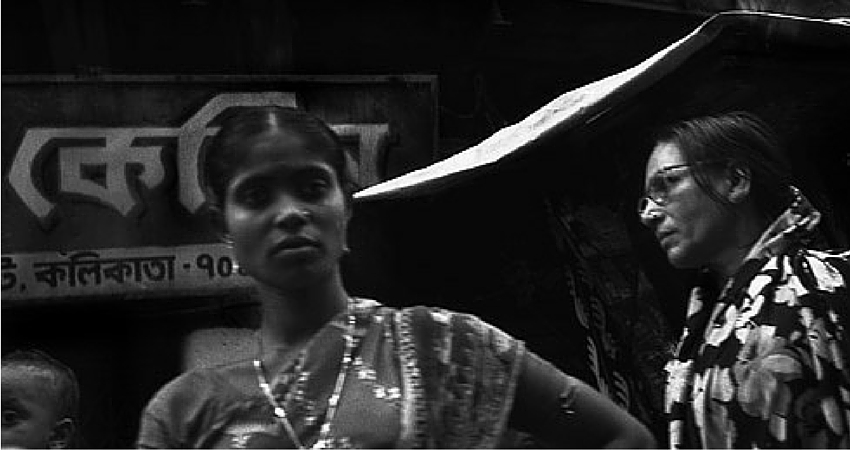 Our Laws On Sex Work Must Be Inclusive & Humane; Not Pander To Social Ideas Of ‘Morality’

This kind of illusion of ‘getting the gratification they want’ in a brothel is a double-edged sword. On the one hand, it affects sexual relationship with a partner who may then appear ‘imperfect and wanting’. On the other, it necessitates the sex industry, forcing more girls into the flesh trade.

Here, man has to understand that the sexual overture of a sex worker is not natural, but is artificially created by external fear and training. True emotions, dreams or gentleness are already buried deep within her, after she is forced into this flesh trade. What a man sees there is a mere female body, not a complete woman. So, her sense of humour, love, smile…are all fake, and also a part of the trade.

95% of sex workers are forced into it

According to the statistics available in 2020, there are nearly 8 lakhs sex workers in India. The actual number is much higher. Significantly, about 95% of them are forced into this trade. Contrary to what most people perceive it, prostitution it is not their choice of livelihood, however poor they are. They are either trafficked as young girls, or lured with a promise of a job or love by the agents of these networks from remote villages and sold off. Before pushing into flesh trade, they are made market ready through rigorous training by means of physical and mental torture, hunger or life threats and are transformed as insensitive souls to soft touch.

Moreover, if a woman faces sexual abuse in the outside world, there is a system in place to complain. It is a different story that it is still quite ineffective in reality.

However, physical and mental abuse of sex workers has not come within the purview of the system yet. Because, she has to satisfy her customers sexually, without complaining, but silently suffering. So, she has no right to complain in the world of customer satisfaction.

In this regard, it is the duty of civil society to put an end to the sex trade, which has put down the basic dignity of woman since thousands of years. As long as there are customers, more and more girls will be pushed into this lifelong misery. So, the main responsibility lies with men.

Watch how you bring up your boys

Like we have trained our girls to show restraint in expressing their sexual desires, boys also should be trained at home not to objectify the other gender. Here, it is important to underline again, that the real beneficiaries of sex trade are drug traffickers, pimps, corrupt administration, owners of pubs / hotels / resorts, politicians and industrialists who use sex workers for self-indulgence, and also to trap their opponents. They all thrive on the flesh trade of sex workers, and deserve our utmost contempt. Yet, they are not even considered as culprits.

Finally, a woman can’t be reduced to a mere object for sexual gratification, so that her body can be traded for the same. So, in a utopian society, instead of just legalizing prostitution, it has to be uprooted from a civilized society. For that to happen, we need a major social reformation to change the mindset of the people.

While doing this, the existing sex workers need to be brought the mainstream of the society and deserve our respect, not contempt. They are the victims of the system, not the bad elements in a ‘pure’ society.

Image source: a still from the film Chameli

Dr. Jyothi, Assistant Professor of English, Tumkur University. Has been a teacher of English and also soft skills trainer, with special interest in writing poems, articles, short stories and translation both in Kannada and English. read more...

How To Read Gandhi Today?

Sappho, Whose Poems Reflect A Woman's Intense Love For Another Woman... 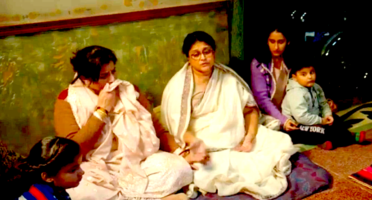 Repeat After Me: Becoming A Widow Is NOT The Woman's Fault! 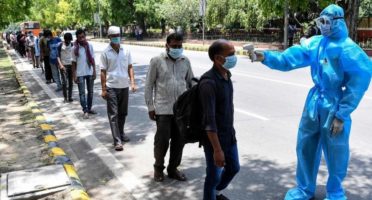 Criminalising Voluntary Sex Work Takes Away The Autonomy Women Have Over Their Bodies!

Sex work is a legitimate form of labour. And we cannot confuse it with trafficking. People should have the right over their bodies, right?

Sex work is a legitimate form of labour. And we cannot confuse it with trafficking. People should have the right over their bodies, right?

While researching for this article, I stumbled across several stories of women who voluntarily entered the sex work industry. Consent is perhaps the most critical aspect of this highly contentious issue. And I say ‘contentious’ because people often fail to keep separate religious and personal beliefs from the individual freedom of choice.

Let us talk about the Wolfenden Report of 1957. It recommended the legalisation of prostitution and homosexuality, which is honestly startling. Because we are in 2020, and we still have laws criminalising both these things.

Shaming Sex Workers Doesn’t Make You Sanskaari, It Only Shows Your Shallow Mindset!

A recent trending hashtag on Twitter India infuriated me and got me wondering, why should sex workers be constantly shamed for their choices?

A recent trending hashtag on Twitter India infuriated me and got me wondering, why should sex workers be constantly shamed for their choices?

I haven’t been active on Twitter lately for self-preservation. Even when I open the app, I skim through the feed with a brisk stroke of my thumb. But a recent top trending hashtag on Twitter hit too close to home and I felt compelled to dig further.

A tweet from Dhanya Rajendran, Journalist and Editor-In-Chief of The News Minute, intrigued me. She mentioned a distasteful trending hashtag and called out Twitter India on allowing such malicious content to trend on their platform.