Cryptocurrency In The News

Elon Musk, the head of Tesla is a big believer in cryptocurrency and recently, Tesla  announced a USD 1.5 billion investment in Bitcoin with plans to accept Bitcoin as payment for its cars, sending the value of Bitcoin soaring.

One of the things dominating the news since some days now is Bitcoin and Cryptocurrency.

With announcements of ‘new highs’ in Bitcoin prices being reached and many corporates showing interest in this, here is a quick look on this concept, how it all started and why it is so much in the limelight.

What is cryptocurrency and blockchain?

Cryptocurrency is digital currency, as opposed to traditional money which is issued by the Government and overseen by the Reserve Bank of India. Cryptocurrencies work using a technology called blockchain.

Blockchain technology encrypts each transaction and stores them in groups or blocks, in a ledger. This ledger is duplicated and stored across all the computers on a network and in a way that makes it impossible or at least, very difficult to tamper with.

One of the key features of this is anonymity – all participants on a network are either anonymous or use pseudonyms. This is one of the points of criticism raised by critics of cryptocurrency.

How it all started?

Most people consider Bitcoin to be the first cryptocurrency. However, even before Bitcoin, there had been attempts to create digital currencies but they did not work out.

Enter Satoshi Nakamoto, a pseudonym for a person or a group of persons, who authored a white paper called ‘Bitcoin: A Peer – to – Peer Electronic Cash System’. This white paper laid the foundation for a decentralized (no single regulator but a distributed public ledger of transactions that cannot be tampered with), digital currency and Bitcoin was born in 2008.

On January 12, 2009, the first ever Bitcoin transaction took place when Satoshi Nakamoto sent 50 Bitcoins to Hal Finney who worked extensively in computer game development among other things.

When Bitcoin actually came into existence, it had no monetary value for some time. Computers would solve complex math problems to ‘mine’ (Bitcoins are limited in supply and new bitcoins are created using a process called ‘mining’ which involves solving complex maths problems by computers) new bitcoins and they were traded just for fun.

On May 22, 2010, a man in Florida was able to get someone to purchase two pizzas for him in exchange for 10,000 Bitcoins, making this the first Bitcoin transaction. May 22 is celebrated as ‘Bitcoin Pizza Day’.

To start with, the value of Bitcoin was negotiated between the buyer and seller but today it is bought and sold on an exchange.  At the time of writing this article, one Bitcoin is traded at around USD 50,000.

India wasn’t far behind and we saw our first crypto exchanges between 2012 and 2016.

The journey has not always been smooth for cryptocurrencies with a market crash in 2018 hurting many wallets.

Cryptocurrencies have also faced the criticism of being used to fund illegal activities with greater ease due to the anonymity they afford.

The mining process requiring advanced computing power, has been criticised for consuming far too much electricity with one estimate claiming that Bitcoin annually consumes more electricity than Argentina.

India too has had its share of less than favourable experiences  with ‘get-rich-quick’ schemes gone bad to investors being scammed.

Many people also have questions on how cryptocurrency will be treated for taxation purposes and concerns around the pricing of crypto which can be more volatile than traditional investments.

Why has it been in the news lately?

The RBI has always been cautionary in its guidance regarding cryptocurrency.

In 2018, the RBI banned all banks from dealing in or providing services to facilitate dealing in cryptocurrency. This was however, overturned by the Supreme Court in March 2020, permitting banks to handle cryptocurrency transactions.

‘The Cryptocurrency and Regulation of Official Digital Currency Bill, 2021’, the Government’s draft bill, could likely ban private cryptocurrencies. There could also be an official digital currency regulated by the RBI. Uncertainty regarding this legislation has been causing several ripples with cryptocurrency owners being uncertain as to their position once the legislation comes into force.

Elon Musk, the head of Tesla is a big believer in cryptocurrency and recently, Tesla  announced a USD 1.5 billion investment in Bitcoin with plans to accept Bitcoin as payment for its cars sending the value of Bitcoin soaring.

Cryptocurrency has had the ability to make people passionately believe that it is the currency of the future or to hate it with similar passion. The believers and naysayers are equally vociferous in voicing their beliefs about cryptocurrency.

As we await the final outcome of the regulation in India, it would do well to tread with caution until the fate of cryptocurrency becomes less cryptic in India. 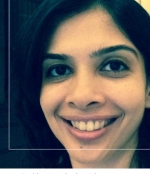 A freelance finance professional who writes.

Are We Millennials Possible ‘Children Of Peace’ Living On The Brink Of Inclusiveness?

Let’s Empower Our Homemakers, One Spouse Salary At A Time

Why Is It Vital For All Women To Know The Basics Of Tech In The Current Scenario?