Love Has No Age; So Give It A Chance, Who Knows What You Might Find!

I know it is hard to give up on a relationship and move on when it is all you want. But remember, if it is meant for you, it will come to you.

I know it is hard to give up on a relationship and move on when it is all you want. But remember, if it is meant for you, it will come to you.

With a few hours to go to ring in the New year, swaying and humming the lyrics of ‘Voices’ by Cheap Trick, Maya sipped on her drink. As she sipped, she looked across the garden towards Mihir.

He looked dapper in a white shirt, buttons open just enough to show his muscular chest (just the way she liked it!), blue jeans and hair gelled back. His clean-shaven face made his jawline further irresistible and Maya’s heart skipped a beat.

‘How could he be so handsome?’ Maya sighed as she smiled at him.

Maya and Mihir knew each other for almost six years and while they were more than friends, they were not dating. Both divorcees, they never really saw a partner in the other. They both had flings with other people but at the end of the day, they needed each other.

But feelings did make their way through

People around them – their friends and family – would tell them how well they complemented each other. They also told Mihir and Maya that they needed to stop looking for partners since they were so beautifully comfortable with each other. The two would simply laugh it off and would say that they were just friends.

As Mihir danced and laughed with the people around, Maya couldn’t stop herself from looking at him, 6 years of knowing him, Maya didn’t realise when she fell in love with Mihir. “I love you Mihir!” Maya remembered how she professed her love to him and Mihir turned her down saying she was much younger than him.

After years of being there as a friend for Mihir, Maya knew him better than he knew himself. Like an unspoken deal, every time Mihir blocked her or stopped answering her calls, Maya knew that he was seeing someone.

Seeing Mihir hook-up with all the wrong women and get heartbroken by them, Maya was there for him, no matter how much it hurt her. She constantly pushed aside her feeling so she wouldn’t lose him as a friend.

Maya, too, dated other guys but the comfort she had with Mihir wasn’t there with anyone else. They knew that no matter what happened between them, they would always stay friends.

It was this stupid excuse that made Maya lose her cool and led to a huge fight between the two.

‘Why should I understand?’

‘What nonsense, Mihir! You have dated girls much younger than you and if I remember correctly, you were pretty serious about a few of them! If you don’t love me, just say it! I will not force you!’ Maya had yelled, holding back her tears.

‘Oh, Maya! Try and understand – I am older than you and maybe not now, but five years later, you will regret your decision to be with me. You are a young woman and there are several eligible men out there, who are your age and are good looking. Why do you want to waste your youth on someone like me?

People will say that I am lucky to have you – a young girl. But it wouldn’t be fair on you, Maya. You can do better than me. Besides, you know I love travelling and seeing new places, I need someone like that with me, not someone who holds me back!’ Mihir had retorted. ‘We are friends and I can’t let that spoil what we have.’

‘I know I can do better than you but I want you! How do you know or rather, how does anyone know who is good for me? We have never dated each other, Mihir but I know for sure that you are the one I see a future with, not anyone else,’ Maya continued.

And they parted ways…

‘As for your travelling, don’t give me such a lame excuse. All these years we’ve been together and today, you behave like you don’t anything about me. Actually, you know what, Mihir? I don’t want to know, in fact, I am done!’ Maya sighed, almost in tears.

‘I can’t do this anymore! You know what? Let’s just give each other some space. I can’t take any more heartbreaks and neither can I force you into something you don’t want. Let’s just not be in touch, Mihir. It will make it easier to move on and understand what we want in life. I hope you find what you’re looking for. Take care, Mihir.’ With that, Maya picked up her stuff and left his place.

It had almost been three months since they parted ways. Now, seeing Mihir at the party brought back old memories and feelings for Maya. She couldn’t help but stare at him. His smile could still stir a thousand different emotions inside her at once and she felt her knees going weak.

Maya knew she still loved him with every fibre of her being. And as their eyes locked, Mihir walked towards her. He put her hands around her waist and pulled her towards him and kissed her passionately. ‘Let’s not play hide and seek anymore, Maya. I was a fool not to stop you the last time. Please, be mine, forever.’

Give love a chance, who knows what you might find?

There are a lot of people like Maya and Mihir who don’t listen to their hearts because they are afraid of being judged by people around them. They are afraid and they don’t want to become the ‘gossip.’ But all of these are merely excuses.

Some times, all you have to do is take the leap and trust your heart. The people talk and they will, whether you like it or not. Always ask yourself, ‘do their opinions matter or affect me and my life in any way?’ The answer to that is ‘No!’

Where the heart is concerned, age, sex and religion, don’t matter. Having said that, you also need to know how to respect yourself, know when to stop waiting and to move on. Don’t let anyone ever take you for granted. We are often so afraid of losing someone that we don’t realise, rather we don’t want to accept that they don’t belong to us.

Like in this case, Maya had given her heart to Mihir, but Mihir’s heart was with everyone and everything else! I know it is hard to give up on a relationship and move on when it is all you want but as the saying goes, if it is meant for you, it will come to you. 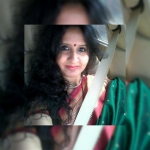 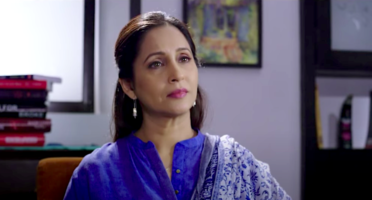 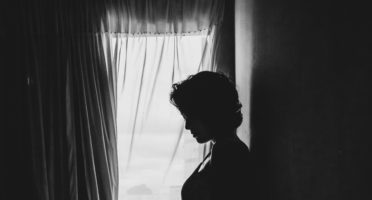