He had lived all his life on the basis of a charismatic exterior, relying on the fascination of people weaker than him to prop him up. That is what he had hoped in our relationship.

He had lived all his life on the basis of a charismatic exterior, relying on the fascination of people weaker than him to prop him up. That is what he had hoped in our relationship.

A memory surfaced today and I am surprised.

When I was in the early ecstasies of being in love with my second husband, I wrote a short story about him.

And you know, it was not a romantic story, but a story about a young woman and an older man friend she looks up to. Because that is exactly how I saw him those days — as the wiser and older and more experienced person I could look up to and feel safe with. Romance was just a part of it.

Today, when I recalled the story, I just laughed aloud, because I can now see how much it reeks of girl-with-daddy-issues. It was well written no doubt, because I do write well, and given the context could have passed as good literature too. But right now, I am not looking at the story but the writer, and how un-self-aware I was then, in my early thirties, idolizing this older man.

He was ten years older than me.

Of course he turned out nothing like what I had imagined at all. As our relationship deepened, all his hidden insecurities and inadequacies started to spill out.

As I got closer and closer to him, and started seeing into the innermost parts of him and started to point out the wounds of psychological trauma I saw there, it drove him crazy because he did not know what to do with those wounds. He had lived all his life on the basis of a charismatic exterior, relying on the fascination of people weaker than him to prop him up.

That is what he had hoped in our relationship, and in all honesty, I was a willing participant in this plan. But as things started to surface and I began to lose the glory look in my eyes, he went totally berserk about the fact that he could no longer be my hero, that I was seeing him as he was — as a human being with flaws.

The sex was wonderful

I guess the only true redeeming factor of that relationship had been the sex. It was deep and tender, and with time it rose to levels of sacredness and bliss and expansion I had never imagined myself capable of.

Long after the relationship ended, the experience still has a very stabilizing effect on my life. It has helped me stay sexually contained and peaceful through almost ten years of not having any sexual expression. I am truly grateful for that part of the experience.

But the relationship floundered on his insecurity

But again it could not last. His maddening insecurity, his control and violence finally outweighed the positives and after spending three or four years in total cluelessness as to how to handle these two contradictory sides of him, I finally decided to quit, feeling terribly let down on a deep journey I had begun.

And then I had to watch as in his panic he fell further, accusing me of infidelity and threatening me like a common bully and clinging to me till the very last, because he had no clue how to live his life without a subservient woman bolstering him up.

Because he had opened up to the adoring younger woman

And today for the first time it has finally fallen through for me why the sex was so good in a relationship that was so messed up on both sides. Because we had both felt safe to open up, but not in a healthy way.

He felt safe because he thought he had found the ideal adoring partner who would go on looking up to him and making him feel good about himself and never see his wounded side. And I was of course the lost young mother with desperate daddy issues bending over backwards to find a man she could lionize and be patted on the head in return.

I was never supposed to see his wounds

It was not the healthy sense of safety that two equals, each comfortable with their own self, find in each other. Which is why despite the heights of beauty and divinity to which it rose, it also crashed and burned. Safety between two people is a beautiful thing but without safety in oneself it has no legs to stand on.

But coming back to that story with which I began. It was published, and much admired too. What is more, I had a plan to write a full fledged romantic novel with this story as the starting point. As I reminisce, I am laughing, and also thanking my stars I did not end up writing it. And for the first time in my life I am grateful I did not become the successful novelist that I dreamt of becoming at age 35. I would only have thrown my own bullshit at the world and felt good about myself. 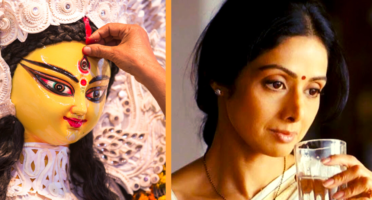