Like Almost Every ‘Cursed’ Millennial, I Too, Can’t Seem To Take A Break

I inhaled the aroma of the soggy earth. I heard it – the pitch-black sound of silence.

When you work for the topmost advertising firm in the country and juggle projects round the clock, silence is something that rarely shadows you. Your days are captive to white noise.

The nights are owned by fitful slumber. And the net result is that after a prolonged joust at the frenetic, non-stop pace, your body and mind both revolt. The fried neurons short-circuit and the exoskeleton that holds the assemblage of all that is you crumbles and breaks.

It happened to me.

“Anya, you need to slow down. Stop pushing yourself so hard.” Dr Tandon, my friend’s father had been telling me the same thing for years. But, last week, after my brief stint at the hospital following my nervous breakdown; his oft-repeated advice was laced with ominous seriousness.

“Yeah, I know. But, I have this huge client pitch next week. I promise I will take a break after that.”

“No ‘buts’ anymore, Anya,” he had insisted, his face masked with grave concern. “You can only go back to work after I give you a clean chit. Actually, you need a vacation – like yesterday. But, if not that then I absolutely insist that you take this weekend off. You need to disconnect before you can reconnect to things. Do you understand?”

Beaten, I had nodded.

So, here I was on Friday, standing outside Dr Tandon’s cabin, brooding as the sun dipped behind the mountains. As the night deepened its hold and the woods came alive to a symphonic resonance, the prescribed medication ensured I slept soundly for the first time in years.

The sun was streaming in through the open drapes when I woke up. Still groggy from sleep, per habit, my hand groped for my phone on the nightstand. Awareness hit me as my palm connected with the polished, bare surface.

I had forgotten where I was!

My fingers itched to scroll the mobile screen for the influx of emails or messages that I received every night from the US office. But, that would have to wait.

I had no mobile or laptop with me. The cabin had no TV, radio or Wi-Fi. All the implements that Dr Tandon considered impediments to psychological recovery were back at home.

Sleepily, I took stock of my surroundings

I rubbed the sludgy boogers from my eyes and took stock of my surroundings. The cabin was sparsely furnished and clearly a rustic retreat only. I rose and stepped outside into the warm sunshine.

‘Hmm… I cannot remember when I last felt the sun on my face,’ I thought. The woods resounded with chirps and calls. As far as I could see, I was alone. But oddly enough, I did not feel alone. In fact, I felt more alone in the city amid the swarm of people always clamouring for my attention. Out here, I felt more connected and alive.

As the morning wore on, for the first time in over a decade, I felt the niggling ache in my shoulder blades recede. “This is where you carry your stress,” Dr Tandon had told me during one of our initial sessions.

By the early evening, the pain ebbed completely. By nightfall, the itch in my fingers, the impatient one that always needled me to work, subsided. I felt light as I shed the weight of my responsibilities and sat on the wooden deck to enjoy the sunset.

I had begun to feel better now

Despite having no alarm clock, I woke up early the second morning. Perhaps, it was my body changing its rhythm and reverting to its natural clock?

I walked outside. The sun was peeking from the dip in the mountains, ascending at a languorous pace. “When was the last time I watched a sunrise?” I muttered to myself. Surprisingly, I could not remember.

Perhaps, it was on the last camping trip that I took with Dad. I had been nine. Lost in reminisces, I sat on the deck until long after the sun hung above the tree line. The memories made me ache for the old days. Life had been carefree and much less complicated then.

The timing of the break was completely messed up

“Shit! This is the worst possible time to take a break,” I cursed under my breath as my thoughts homed in on the new client pitch in the coming week.

“The timing is all f***** up,” I muttered as I mentally ran over the salient points that I wanted to pitch. My forehead furrowed. I arched my back to relieve the tightness. My neck felt stiff and I rolled my shoulders to work the suddenly sore muscles. But, that only brought momentary relief as always.

“Shucks! If only I can find some paper and a pen to jot down my ideas.” I rummaged through the cupboards and rifled through the drawers, my fingers itching to hold a pen. But, the cabin had neither.

“Damn you, Doctor.” Apparently, he had not been kidding when he had said, “I want you to be a hermit for the next three nights.”

I couldn’t be a hermit!

But, hermits did not have critical pitches to make, did they? Their careers did not hang in the balance if they failed. My promotion depended on the pitch. I could not afford to mess up. This break was a bad idea, no, the worst idea.

I went to bed, irritated and tensed. Expectedly, the medicines failed to offer a restful slumber.

I scrolled my phone screen for the message – the fourteenth congratulatory one in the past hour. My eye caught another mail dropping into my laptop’s mailbox.

“Congrats champ! You did it,” it read.

I inhaled the stodgy office air dank with the aroma of stale coffee and room freshener. I heard it – the white hum of success.

Register at Women's Web to get our weekly mailer and never miss out on our events, contests & best reads - you can also start sharing your own ideas and experiences with thousands of other women here!
stress 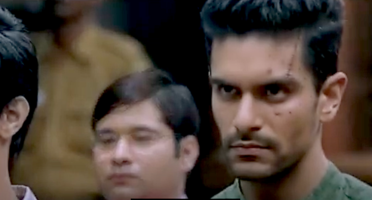 Violence By Youngsters On The News Everyday... Why Are Our Children Failing As Humans Beings? 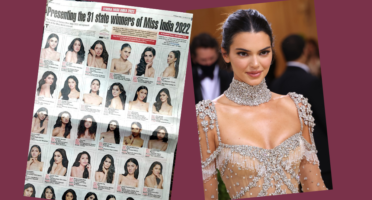 What Purpose Does Nudity Serve In Women's Fashion Except Titillating? An Exposé Into The Lives of Dog People and Cat People! 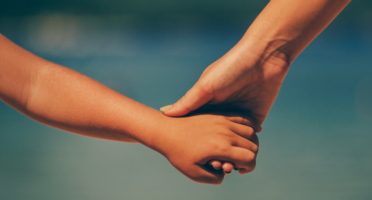 Now That She Is Gone... How Does One Pack Away The Memories? 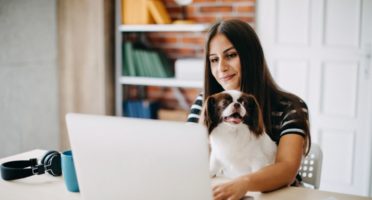 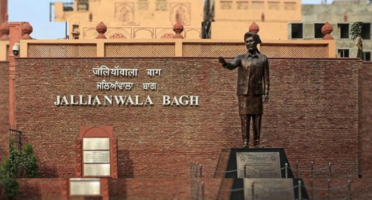