What If Ashwin And Ratna Had Married In SIR? Would It Have Worked?

If we look at the film SIR as a love story, would a marriage between Ashwin and Ratna have actually made them equals as a marriage should?

If we look at the film SIR as a love story, would a marriage between Ashwin and Ratna have actually made them equals as a marriage should?

*Alert for a few spoilers

The enormous number good things written about this film enticed me towards it.

Kudos to both the actors. Their acting is par excellence. In every frame they made me feel as though I was watching a piece from someone’s life.

Having said that, I know of two such cases where the guys from affluent families went against their family, and chose their domestic helps as their respective life partners. In both cases, the women happened to be their first love. 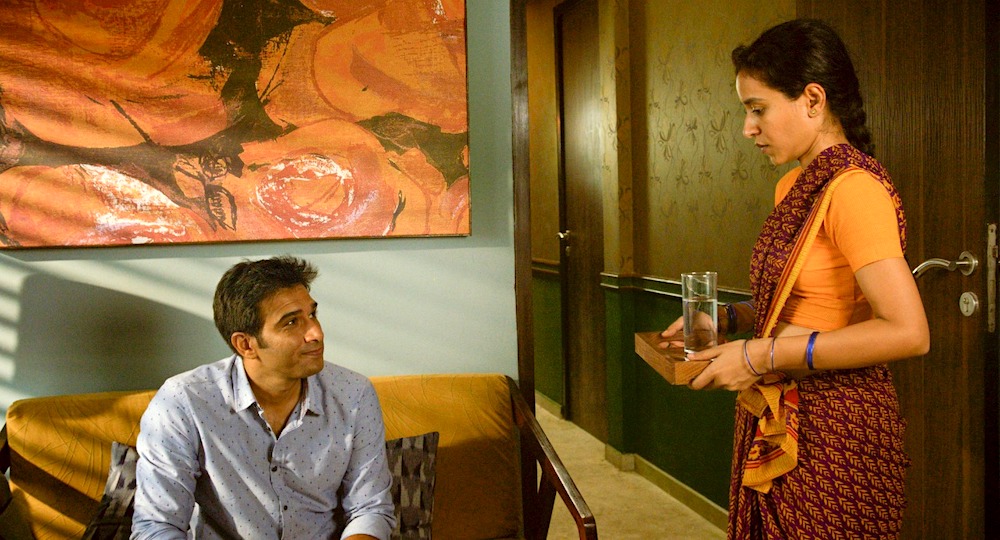 Had The Relationship In Sir Happened In Real Life, Would Ratna Be Labelled A Gold Digger? 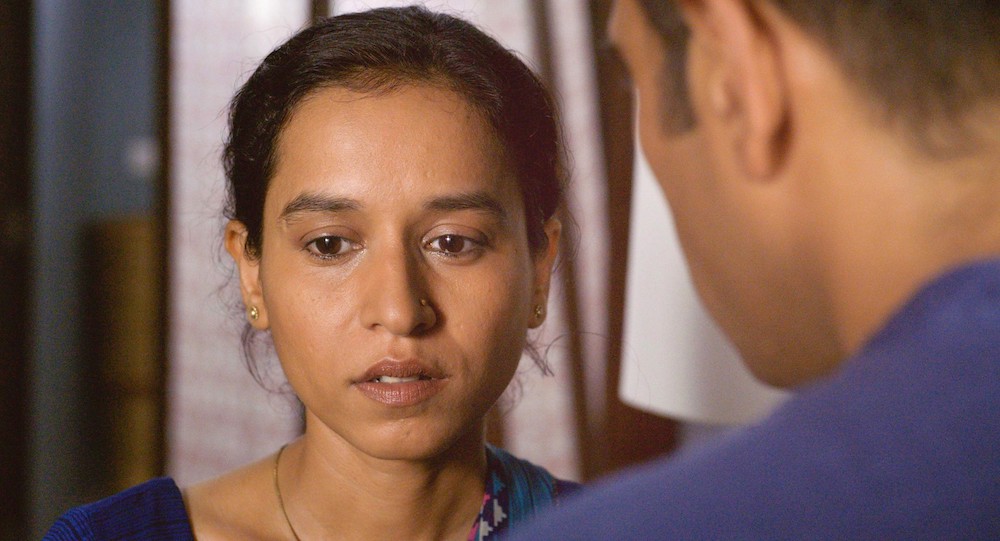 So yes, such things do happen in real life.

But, the problem with Ashwin

But still, the character of Ashwin failed big time to impress me because of the following reasons.

A. Ratna was working for him even when he was living with his fiancee. So this negates the fact that she was his first love.

B. Ratna decides to continue working for him after he calls off his wedding; as his fiancee cheats on him, for the sheer facts that;

Then what made Ashwin fall for her?

C. To me it’s a clear case of rebound as well as that he enjoyed the fact that Ratna never questioned him for whatever he did. She was the guardian of his dark secrets, who didn’t mind occasionally bluffing over the call for his peace of mind. She also didn’t judge him when he got a girl from the pub for a one night stand.

She wouldn’t as she was his maid and depended on him for her regular cash flow. So, to me, she was just being a professional.

Also, how did he come to the conclusion that Ratna was fine accepting him as her life partner, after she being a sole witness to his casual sex encounter, when the very reason for him to cancel his wedding was that his girlfriend cheated on him?

This shows his thought process that a guy has the freedom to do whatever he wants without being answerable to anyone. But he isn’t fine vice a versa.

Can he expect her to meekly fall in with his wishes as a wife?

D. He liked the fact that Ratna was at his beck and call, who cooked, washed and kept his house spick and span without interfering in his personal space. She was also someone who got along with his mother. Though a vegetarian, she was fine cooking nonveg for him and did not object to being asked to make fish curry and serve at the party organised by his mother at her residence.

Can he expect the same behaviour from her once she becomes his wife?

The answer is a Big No!

A wife would not keep mum if she finds her husband straying. Also, a wife is not a puppet who would give in to all his and his family’s whims and fancies. He ought to acknowledge the fact that, she would be a person with a mind of her own, irrespective of the economic strata and educational background she comes from.

Oh yes! He did encourage her desire to pursue tailoring.

How can we forget the sewing machine he gave her as a gift. An attempt by the movie director to show Ashwin’s ‘broad-minded’ attitude. Nevertheless, he should have stopped himself there, giving her and their love ( if at all there was any at that moment) space to grow at its own pace.

Let us look at it from Ratna’s POV

What gave him the right to misunderstand her professionalism as love, and kiss her?

At no point in time, did the character of Ratna show any ‘special’ soft corner for him except for her concern as a well-wisher, which is expected from any normal human being.

For me, he lost the gentleman tag the moment he kissed her abruptly and I would say, callously. That showed he would have even gone to the extent of physically exploiting her if she had given in to his desires that evening.

Hats off to Ratna who immediately decides to quit her job without bothering about her finances. That shows she is a lady with dignity and self-respect.

As far as Ashwin is concerned, he does confess to his father about his feelings for Ratna, but that’s it. And he even calls her only after leaving the country, and recommends Ratna for his designer friend’s boutique (the same friend he calls out at one point!). Such a spineless act!

So Ashwin to me is just any other normal guy who dreams for a wife who would love and serve him blindly keeping her brain aside.

Sir - is love enough? A brilliant, award winning movie that shows love across the class barriers that we take for granted, and a must watch on Netflix.

Sir – is love enough? A brilliant, award winning movie that shows love across the class barriers that we take for granted, and a must watch on Netflix.

I remember seeing this movie’s trailer a year back and ever since I’ve looked for ways to watch this considering the reviews that came in. Finally netflix after having released impossibly horrible content from Indian cinema lately, released this.

A Son Dispels The Stereotype Of Beauty. Winning Entry By Khyati Bheda Savla For The KAARYAH Writing Contest

Breaking stereotypes works best when it is done by those in a position of privilege. Here is a son breaking the stereotypes about how a mother should dress. 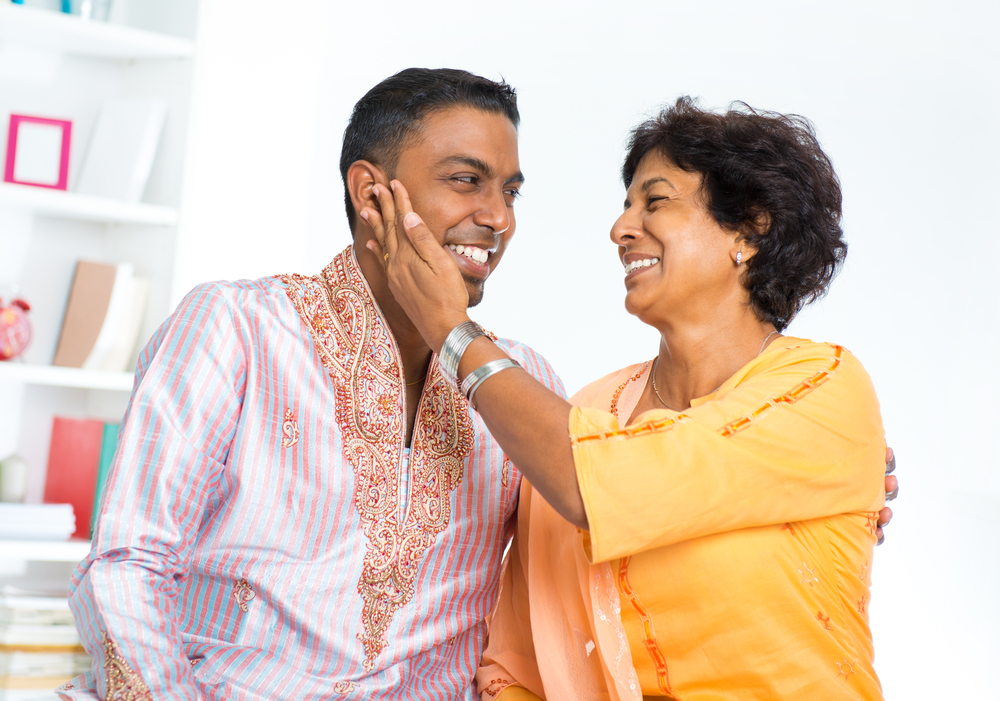 Breaking stereotypes works best when it is done by those in a position of privilege. Here is a son breaking the stereotypes about how a mother should dress.

This month, we invited you, our readers, to participate in the writing contest sponsored by KAARYAH. You had to write a story either fiction/real, in response to the cue: “Beautiful in every size”.