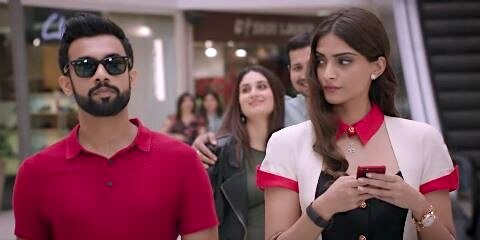 While most hashtags serve a great purpose for online activism, these 12 hashtags are nothing but offensive and need to be put out of use!

When hashtags first came out in 2007 courtesy Chris Messina, who would’ve guessed they’d become a lasting and powerful means of activism in the world? Unfortunately, not all hashtags are created equal: where there exists a #MeToo, there also exists a #WhiteLivesMatter.

However, we are not a lost cause yet, are we? It’s beyond high time we show the door to regressive hashtags. Because they are not only tone-deaf, they also question our ability to evolve as a species. Without further ado, here are some of the most offensive hashtags that need to fade away into the ether right now.

The #BlackLivesMatter campaign has gained serious momentum after George Floyd was choked to death by a racist white cop in May. Sadly, his senseless murder was neither the first nor will be the last. But at least our collective conscience finally woke up.

Soon, the #BlackLivesMatter turned into a rights movement instead of merely trending and dying out. But what did racists aka Kens and Karens do instead of showing support and solidarity? They began to shout #AllLivesMatter and #WhiteLivesMatter, in addition to complaining about the protests ‘not being peaceful enough.’

It’s high time people check their privilege. This movement isn’t against white people or people of other races. It’s about holding space for black people.

The same applies to #DalitLivesMatter. Recognise your subconscious bias regarding race and caste. Then speak up because your silence only makes you complicit. It is not enough to simply be ‘not racist,’ we all have to be anti-racist.

Also, we Indians need to come together and fight casteism, Islamophobia, Christianophobia, and any form of othering. India is a melting point of many cultures and religions. Our diversity is what makes us beautiful and even if we don’t like something, we need to learn to live and let live.

I’ve seen a lot of people use #GoWokeGoBroke or #GetWokeGoBroke to bully brands so they stop being ‘woke.’ Whenever a brand tries to make up for its past mistakes or speak up about contemporary sociocultural issues, they get attacked by the same people.

Worse, these people also try to get others who think alike to boycott the brand in question. The idea behind this is to bulldoze the newly ‘woke’ into reverting to regression and oppression. Remember the Gilette fiasco last year?

Sure, some companies and public figures may merely be virtue signaling or woke-washing to appeal to liberals, but they are still helping change the world, right? Also, brand activism wins over brand neutrality. So even if they are taking on corporate social responsibility only to cash in, it’s still a win. It is therefore our moral responsibility as consumers to back anyone who speaks up against what’s wrong, irrespective of whether they have ulterior motives or not.

Unpopular opinion: blind cancel culture is stupid because all it does is slam/hate on people who are ignorant or didn’t know better. How about we replace #cancelled and #isoverparty with the far more productive act of raising awareness? And if possible, even give them an opportunity to redeem themselves? They have massive audiences that they influence, after all. Plus, we all make mistakes and famous folks deserve a second chance just as much as anyone else.

For example, Twitterati was going full out for Doja Cat to be cancelled. Isn’t her internalized racism sad instead of enraging? She is mixed race.

Even though they have existed since forever, transgender people are still treated as if they are less than human. JK Rowling sparked off the latest wave of transphobia when she Tweeted the above in June.

It goes without saying that misgendering is massively invalidating and plain unethical. In conclusion, trans women are women. Just as trans men are men. Get it, TERFs?

(PS. Liberal feminists are not doing a great job either, but that’s a topic for another day.) 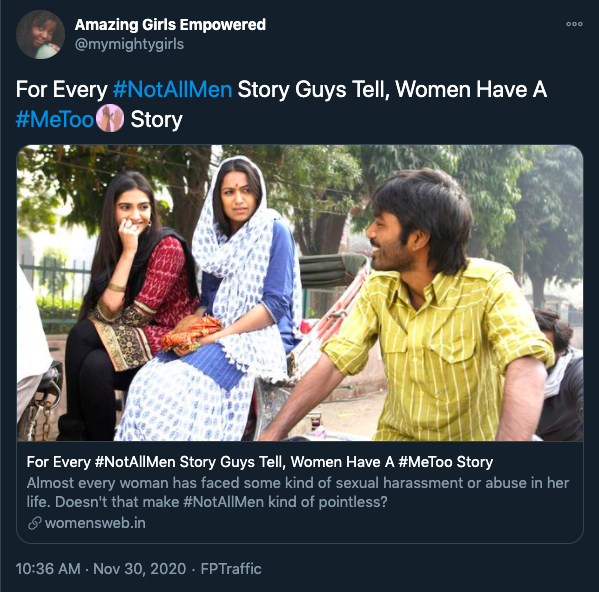 When #MeToo blew up in 2018, one would think it would be basic human decency for men to support the movement’s primarily female victims. Well, a lot of men did do that. But sadly, many men also took it upon themselves to trend #NotAllMen.

Nowhere did the movement imply that all men are guilty of being predatory. Yes, women are abusers too, but it’s in poor taste to do this to the  #MeToo owing to exceptions. And yes, we are angry because we’ve had enough.

Call it a product of misogyny, misandry, or outrage culture, but anyone saying #NotAllMen needs to take a good, long look in the mirror and ask themselves why. Why are they trying to invalidate someone’s abuse? And why are they being tone-deaf?

If they really want to prove how good they are, they can be better instead of trolling us and drowning out our voices. Educate yourselves, for example, you assume that when we say toxic masculinity, it means masculinity as a whole is wrong. That couldn’t be further from the truth. FYI, sexual abuse at all kinds of workplaces is still a massive problem in a post #MeToo world.

If you are on social media, you might have noticed people using ‘#blessed’ in their posts. I’m sure the person who first used this only wanted to express genuine gratitude for something in their life. But today, this hashtag is used as a typically blatant display of narcissism and humblebragging. (For the uninitiated, humblebragging is the act of someone showing off while poorly pretending to be modest and down to earth.)

It’s gross, despicable, and only makes the person doing it look smug and sickeningly privileged. Because you are basically saying that the rest of us are cursed for not being as fortunate as you. Not cool. Please, for the love of whatever you believe in, stop yourself and others from using this offensive hashtag.

It’s the year 2020 and one would think heteronormativity is way behind us. Far from it. We recently celebrated Pride virtually and trolls ruined it with racist and homophobic slurs. Sounds too bad to be true, but it did happen thanks to a thing called ‘Zoombombing.’

Being in quarantine, people who aren’t straight and are living with toxic families are definitely struggling more now than ever. I have it on good authority that queer folk stuck in quarantine with family are being ill-treated for their ‘abnormal’ sexuality.

Also, men should not have to specify they are straight when they express their feelings. Homophobia is not cool, never was. Being gay doesn’t make you any less masculine. Yet people often use homophobic tweets to protect masculinity.

We’re facing the biggest mental health crisis ever today. Plus, the global economy is in shambles. Let’s not make life harder by normalizing overwork.

Work is just a part of life, it’s not the 24×7 glamorous stuff like some people pretend it is. Enough with your performative workaholism. And if you are an actual workaholic, please get some help because being a workaholic is unhealthy. Sooner or later, you will fall mentally or physically sick as a consequence.

You certainly didn’t, you’re just lying. Why is it so hard to admit that you’ve got work done, have makeup on, or are using the right filter?

No. It. Isn’t. It just gives women autonomy over their own body. And if you need an explanation on why abortion isn’t murder, read this.

The female version of #NoHomo is just as homophobic even though it doesn’t seem so at face value.

Just kidding. Let’s keep fighting conformity. Without turning into a gendered war aka no basic bitch or basic bro. Basicness has no gender.

The fact that these problematic hashtags exist and are widely used is deeply concerning because the more we see them, the more desensitized we become. Because like it or not, we can get accustomed to just about anything over time.

Plus, groupthink is real – and influences how we behave on and off social media. The best way to prevent herd mentality is to be fully aware of and accountable for what we say. If we say and behave like woke beings, groupthink can be used to our advantage, especially in online spaces. Let’s keep raging and fighting the good fight.

Which of these offensive hashtags bothers you the most? Do you have any you’d like me to add to the list? Please let me know in the comments below.

Mahevash Shaikh is a millennial blogger, author, and poet who writes about mental health, culture,