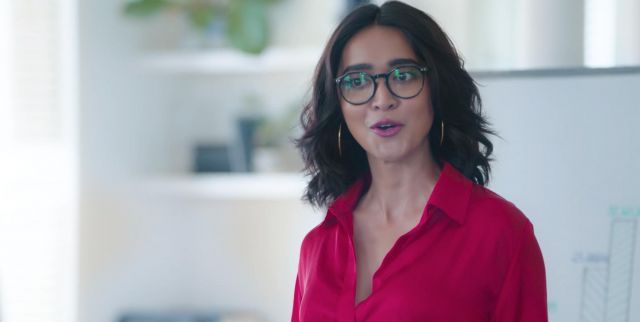 Ladies, This Is How You Can Be A Great Leader Loved By Employees!

When my husband and I started our own venture, we realised leadership means empathy, trust and respect. Here are some of our ideologies.

I had an opportunity to speak at Women’s Economic Forum held in IIM Kozhikode, Kerela and I chose to speak on Leadership and Love. Here is my excerpt from the speech:

If you plant a flower and provide it with the right environment (like water and sunlight), you don’t have to do anything, it will blossom on its own.

As a child, I grew up in Lucknow, a small city in northern India in an upper-middle-class family with a privileged upbringing. But when I was in high school — my father lost everything to his business partner and we faced a major financial crisis.

It was disheartening to see my parents give up on their confidence. However, this situation made me responsible and aware at a nascent stage in life. There were a few things that I started noticing while growing up. One of them was that even in times of adversity, while my parents lost confidence in themselves they showed their confidence in me and my twin brother.

The lessons I learnt were starkly different!

My parents never dictated me nor did they take out their frustration on me. Instead, they told me that despite whatever happened with us, they would continue to support me in whatever I would want to do in life. They did not just say it, they practised it.

While they knew that they couldn’t support me financially, they had no doubts about their emotional support. It was probably too early for me to realise it was their trust and support that lay the very foundation of me becoming a better version of myself.

Fast forward to corporate life. I started working very early at the age of 21 before my post-graduation. Each time, I would choose a product that I was passionate about or a job profile that I loved but I wasn’t happy.

I was working for more than 10–12 hours a day but my boss was hardly satisfied. So I would talk to my friends who were smart, intelligent and highly qualified people but weren’t satisfied either. They, too, were frustrated or sad.

We both learnt what leadership meant to us

In 2014 I got married to my childhood sweetheart and moved to the US. It was hard to move countries — I had to quit my job, and it took us 2 years to settle down in New York City and It was again time to reflect.

That’s when my husband (Sid) and I decided to start a company in 2016. When we were starting out, it was important to set the right foundation. It was important that we used our own values, that we craved for in a work culture all our lives.

I remembered what were the factors that made me who I am today. It was not the adversities that I faced while growing up. However, it was the emotional support and love that I received from my family that helped me reach my true potential.

For Sid and me, leadership means empathy, trust and respect. The way we are translating this in Vertoe is by:

Here’s what we believe in

Culture of 1:1s: Implementing the culture of 1:1s where managers speak to their subordinates about literally everything. The point is to be truly  compassionate and be concerned about each other’s well being.

Diversity: Our current team is an amalgamation of multiple cultures from all over the world. Culture, race and gender are not going to be the criteria for hiring people. We want to hire smarter people so we, as founders can provide them with an environment that will help them grow along with the company’s growth. And we want to involve people with a clear vision and make every individual accountable and responsible for their pillars/jobs.

That’s the kind of work culture we want to build because ultimately its people who build businesses and not the other way around. 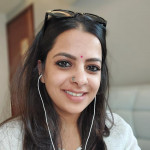 Confession Of An Ex-Homemaker: Why It Was Essential For Me To Step Out Of My Role

To Quit Or Not To Quit? Toss A Coin. You’ll Know What Your Heart Secretly Wishes!