For Her, Laughter Could Be Got Only At The Steep Price Of Submitting To Her Husband

A few thrusts and grunts later, he rolled off her and drifted off to sleep. Laila adjusted her negligee and started counting imaginary stars in her ceiling.

A few thrusts and grunts later, he rolled off her and drifted off to sleep. Laila adjusted her negligee and started counting imaginary stars in her ceiling.

Narayani Manapadam is one of the winners of the November 2020 Muse of the Month.

Laila leaned back against the plush pillow. A copy of ‘The Castafiore Emerald’ lay on her belly, unopened. If only her socialite friends saw her now – forty-year-old Laila Qureshi reading a comic book. But then, they would never know the truth. Of what use were the antics of Captain Haddock if they failed to elicit even a chuckle from the trophy-wife?

The sounds coming from the shower stopped. Laiq would emerge soon, a silken bathrobe wrapped around his supple body. Hope he is not in the mood today! Laila stifled a yawn, picked up the comic and flung it on the dressing table. As usual, her aim was poor, and the book fell on the carpet, but not before dislodging the bottle of moisturizer. Never mind. I will arrange them tomorrow morning.

The aroma of lavender aftershave lotion and blueberry-flavoured shower gel assaulted her nose. And to think, this used to send her into a tizzy in her initial days of marriage. Those passionate rounds of lovemaking! That bliss of snuggling up to his bare body! What happened to those days? And nights?

Laila switched off the bedside lamp and closed her eyes. Within a span of two minutes, she felt the shuffling of bedsheets. And then Laiq’s hand reached up to her beige negligee. Instantly, he pulled it above her navel, in a rough motion. Laila pursed her lips. Where did those magical fingers vanish? As they drew imaginary patterns around her bellybutton, she used to giggle uncontrollably. How I miss those kisses! Without any preamble, Laiq climbed onto her. A few thrusts and grunts later, he rolled off her and drifted off to sleep. Laila adjusted her negligee and started counting imaginary stars in her ceiling.

The alarm clock sprang into action. Darn! She had forgotten to set the time again. She got up and rubbed her eyes. The space beside her was empty. As usual. He must have left for work. He didn’t even bother to wake me up and say a bye.

The Tintin comic had been arranged neatly on the dressing table. And that lotion? Ah, there it was. Back in its place amidst lipsticks and eyeliners. Trust Laiq to rub it in! My incompetence!

She put on her Adidas tracksuits, wound a bandana around her forehead and slipped her feet into a pair of blue Nike sneakers. The driver would be ready by now.

It was already half past seven when she reached Joggers’ Park.

Ah, it had started. Laila muttered a ‘sorry’ and joined the crowd. She raised her hands up in the air and guffawed loudly. The session continued for half an hour.

Bidding a goodbye to all her friends at the Elite Laughter Club, Laila called up her driver.

It was then her eyes fell on a little girl selling incense sticks. She wore a frock. Her hair looked like they had never come into contact with anything remotely oily, and her teeth were yellow. However Laila was mersmerised by those doleful eyes. They held a sparkle. Laila knew it too well. She too had it. Where was it now?

Laila called the girl over. “What’s your name?”

She fished out a tenner from her pocket and gave it to the girl. “Give me a packet of agarbatti.”

With a wide grin plastered on her face, Ameena took the money, selected the most fragrant packet and handed it over to Laila. “I see you daily, bibi ji.”

“Yes, bibi ji. You come and laugh for some time.”

“You are pretty observant, I must admit.”

Ameena blushed. “What to do, bibi ji. I also feel bored. But I have a doubt.”

“Why do you all laugh so much?”

Laila chuckled at her innocent query. “You won’t understand it, Ameena. It is therapy. You know what therapy is?” Seeing Ameena’s blank expression, Laila continued. “It’s … you can call it treatment. It’s good for our health.”

The girl looked confused. “Can you find happiness only in a park then?”

“Why do you ask that, Ameena?”

“Abbu says this often – Only when you are happy, you laugh.”

At that moment, the Audi Q7 glided before her. Glad for the respite, Laila smiled at the girl and got into her car.

For her, laughter came at a price.

Editor’s note: Mexican portrait painter, Frida Kahlo, was an influential artist who combined traditional themes with a contemporary style and also helped to promote the role of women in the art world. She had to make her style big and bold as an artist, as it was the only way at the time to succeed as a woman in a male-dominated industry.

Self portraits were to dominate her career, as the artist in her constantly experimented with new twists around this same theme.

The cue is this quote by her: “There is nothing more precious than laughter” 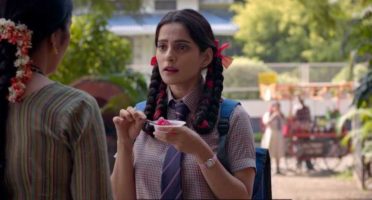 Amma And Me... Ours Was A Bond Of Love Made Special By Its Mundane Details