Obstetric violence, both physical and verbal, is taken for granted in Indian hospitals, but is an assault on human rights & dignity, leading to a lot of morbidity and mortality.

Obstetric violence, was a term I encountered, while researching for a write-up on abortion. It was an unfamiliar term; a term I’d never come across nor experienced the depth of its meaning. And, sadly, a term that, unflinchingly, brought to light, how much my privilege – as an educated, upper-middle-class, urban woman – had cotton wrapped me.

I’m confident that many women, hailing from a similar economic stratum may not be aware of it – nor of its humiliating implications.

Obstetric violence is the mistreatment of women – either via verbal or physical abuse, before and during the childbirth process by the health care providers. This includes shouting or screaming at women while they’re in labour, or physically assaulting them, besides a plethora of other things.

In India, obstetric violence is quite a commonly noticed practice, especially in most of the government hospitals, and particularly for women who’re from a lower socio-economic background, are unmarried, uneducated or just, very young. It’s also common in most Indian public hospitals for overworked doctors, nurses, ward boys, etc. to exploit vulnerable women as an outlet for their frustrations, or rage, or it’s simply a lack of humanity and professional etiquette. The practise also raises its ugly head in private hospitals, but in a different way.

This abuse during the childbirth process is the primary reason for many women below the poverty line to prefer house births, using local midwives, and can put their lives in danger. Unfortunately, it’s the most repressed and helpless people, who opt for them, aided by the fact they’re unable to afford the fees for the hospitals.

Obstetric violence comes in many flavours, common amongst them are disrespect and abuse, neglect or abandonment, unnecessary medical procedures, administration of unrequired medicines, and even physical abuse.

A study conducted in Aligarh, brought to light the startling figures, stating that at least 84.3% women have faced obstetric violence. The magnitude of this aggression was revealed by a 2013 blog entry that exposed the underbelly of most of the government hospitals.

Dr Varun Patel, a junior resident in a Pune public hospital, published a blog about his year-long experiences in the residency program. His blog entries narrate horrifying stories about neglect, violence, purposeful abandonment to name a few, as doctors go about their normal duties in a day. No intern, he writes, wants to admit patients to their respective wards – he coined the term ‘batting’ for it. Each day, the interns boast about the number of patients they have ‘batted’ – avoided admission, by either redirecting them to incorrect departments or sending them home, medical conditions, notwithstanding.

Medical college students also corroborate these stories, while adding to it, where the doctors or nurses slap or gag the women, while they’re in labour, and/or scold them to stop screaming by hurling abuses at them. They also belittle them for their financial – or lack of, position. The justification and rationalisation they provide is doctors can’t be bothered with the screaming women, and tend to lose their temper when faced with them. Talk about a bedside manner – or a lack of it.

Even nurses, who are anecdotally associated with more tender, loving, care, have physically abused women who’re screaming in labour pains, or rudely ridiculed them, and passed snide comments. In some cases, especially in Uttar Pradesh, women who’re in labour have been asked to deliver their child on the floor, to avoid staining the bedsheets, and after their delivery, asked to clean up the blood and other matter off the floor.

A case against a Delhi hospital was filed in the High Court, where a newly bereaved mother was handed over the bloody and dirty body of her still-born baby in a garbage bag; she was awarded an interim monetary measure. Some are sent home, only to deliver their babies outside the hospitals, occasionally leading to infant mortality.

Intervention during labour that adds to obstetric violence

Obstetric violence isn’t just limited to verbal and physical violence, but can also extend to doctors, nurses or residents performing unwanted (and without consent) episiotomies (vaginal incisions to prevent tearing during childbirth), denial of pain-relief medication, and excessive usage of drugs to speed up the labour. It may also include forced, unwarranted and repeated vaginal check-ups by the health care professionals.

The saddest aspect is the abused women lack any awareness of their human rights, and are completely ignorant about the treatment meted out to them. Labour room horror stories include holding the women down by force, by spreading their legs, and in some cases tying them apart, slapping them on the thighs, applying pressure on their bellies and vaginas as an effort to make them push.

After delivery, some women have reported being improperly touched by ward boys, when they lay exhausted or unconscious, and the nurses were busy with other patients.

The labour room caretakers deny these allegations of violence. While they acknowledge these practices are commonplace, and regular, they think it’s mandatory to perform them for the benefit of the unborn child. They don’t perceive them to be violent or disrespectful towards their patients. They believe the physical force is essential to ensure the delivery process is smooth, and feel some women need to be physically slapped to shock them into compliance. According to them, when women are in labour pain, they “get uncooperative with the medical professionals and force their hand” to take such severe steps. These providers also opine that pre-consent and information about the medical procedures aren’t necessary to be given to the women, prior to the delivery process, as being medically trained, they’re in a better position to take these decisions on behalf of the patients. The labour room team considers episiotomies to be part of the natural birthing process, and as per them, there exists no need to take permission from the patient. The health care providers remark that the women don’t mind the abuse they faced while birthing as soon as the baby is handed over to them, and they never report it as they know it wasn’t done with serious or malicious intent.

Another form of mistreatment is the natural inclination certain hospitals have towards caesarean section procedures. WHO mandates that that the percentage of these procedures in all hospitals should be in the range of. and not exceeding, 10-15%, but these norms are openly flouted by most of the hospitals.

Some horrifying data from private hospitals

As per reports, the real figures in many private hospitals are in the vicinity of 40.9%. As per the National Family Health Survey 2015-16, this rate has doubled from 27.7% in 2005-06. This is the area where urban women are victims of obstetric violence. Incessant and painful vaginal checks, along with the pressure to proceed with caesarean procedures, or in some cases without their consent are all forms of it.

In apropos, a Mumbai based NGO, Centre for Enquiry into Health and Allied Themes (CEHAT) initiated a humanization of childbirth campaign, and in collaboration with the Department of Medical Education, Maharashtra pledged to start an academic course for the medical students about the same topic. Many other NGOs across India are working hard to promote similar campaigns and aim to stop the dehumanization of women in the labour rooms.

But besides these too few steps, there hasn’t been a lot of movement from the government. While the government have laws in place to decrease maternal and infant mortality, this aspect of childbirth remains largely untouched.

Speaking up for the rights of women undergoing childbirth

There’s a need for women to speak about these traumatising experiences, and to report them to the relevant authorities, and for sensitizing the staff about using humane techniques to deliver the child.

Obstetric violence’s reach isn’t isolated to India or even just developing countries, but it’s experienced by women, worldwide. Tennis champion, Serena Williams has been trying to bring about global recognition for this issue, intersecting it with the abuse black women experience, at the hands of medical practitioners.

Obstetric violence is a human rights violation and most women are unaware that it’s a form of abuse. Even if they’re made to feel embarrassed or physically assaulted, they’re ignorant that this behaviour can be reported to the authorities. Till women who have experienced this mistreatment don’t raise their collective voices against this injustice, it’ll continue to be shoved under the rug – will remain an undocumented and rarely spoken about issue, it’ll persist to plague women.

Latin American governments, in Venezuela and Argentina, have taken the initial steps to protect their women, and towards recognizing obstetric violence as a global human violation They have developed legislation that humanizes the childbirth process, and ensures it’s a criminal offence. Till countries all over the globe, don’t follow suit, these unheard voices of the abused women will persist in being an invisible cross, a cross that women will continue to carry, in their minds, and bodies. 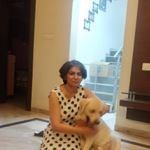 Delivery Via YouTube Video! Why Is Safe Childbirth Still A Dream For Some Indian Women?