Why I Didn’t Find This Ad Celebrating Inter-Faith Harmony Offensive At All!

Following severe backlash, Tanishq pulled down an ad showing an interracial ceremony. Here is why the ad wasn't offensive at all!

Following severe backlash, Tanishq pulled down an ad showing an interracial ceremony. Here is why the ad wasn’t offensive at all!

The ad received flak for allegedly promoting love-jihad and being offensive to Hinduism. Is the call for boycott and Tanishq’s subsequent removal of the ad justified? Let’s discuss it!

What the ad portrays

The glow on her face is not just due to pregnancy, but also because of happiness and contentment in her life. When the mother-in-law brings her to the lawn, she beams wider to find excited family members waiting for her arrival for the ‘Godh-Barai’ ceremony.

The mother-in-law responds, “Bitiya ko khush karne ka rasam har ghar mein hote hain?” (But we do have a ritual of keeping our daughter happy)

The ad ends with an image of a mother-in-law and daughter-in-law wrapped in love and happiness, amid the ‘Godh-Barai’ festivities in full swing.

Why the Tanishq ad is not offensive

It is not derogatory to religion

The ad does not hurt any religious sentiments. It does not insult either Hinduism or Islam. The ad’s focal setting is the ‘Godh-Barai’ ceremony, an important ritual in Hindu households.

Those making baseless claims that the ad promotes love jihad need to pause and ponder. Muslims can also find the ad offensive to their religion, one of the protagonists initiates and participates in a Hindu ritual.

How is the ad offensive only to Hinduism, or for that matter, any religion?

Some bigots claim that the daughter-in-law is subservient in her own house and looks petrified. Firstly, we do not know whose house it is? Is it a joint or nuclear family?

If it is a nuclear family, the mother-in-law is hosting the Hindu ceremony in her house. So, the daughter-in-law is a guest at her in-laws’ place as they play the perfect hosts.

Even if it is a joint family scenario, I’ve seen the ad where the daughter-in-law looks anything but subservient and scared in her house. On the contrary, she seems comfortable and joyous in her state of mind.

Please note that the mother-in-law’s statement, Bitiya ko khush karne ka rasam har ghar mein hote hain? is inclusive. She mentions how it is a ritual in ‘har ghar’ (not exclusively referring to a Muslim household) to celebrate their daughter’s happiness. And she refers to her daughter-in-law as her own daughter, and likewise, the daughter-in-law refers to her mother-in-law, as her own mother, ‘Ma’.

It respects an individual’s agency

Recently, Hemanth Vysyas, a 28-year-old man, was kidnapped and murdered in Hyderabad by Avanthi, his wife’s family. His fault was that he belonged to a lower caste, and dared to fall in love and marry a woman belonging to a higher caste. These incidents are commonplace not just in rural, but also in urban India.

How many incidents of interracial relationships and marriages do we know in our social circles? It’s not always love jihad in speculative action when a Hindu woman marries a Muslim man.

I know of so many Muslim women friends who have made the first move in a relationship and married Hindu men? What term will the bigots attribute for the reverse phenomenon here?

74 years of Indian Independence, and we still haven’t freed ourselves from the shackles of the caste system or fundamentalist outlook. When will we learn to respect the choice of two consenting adults in a free, democratic country? You can have all the laws in place, but what about the inherent hatred and bigotry in our society?

Can we not look at all citizens in India as equals? Not some as more equal or less equal because of their religion, caste, and gender? Maybe then, we will learn to stay within our boundaries and respect an individual’s agency. Is that too much to hope?

Why would there be an ulterior motive?

We might attach ulterior motives to the advertisement, but there is no evidence to justify the reasoning for such unfounded fears.

The fact that Tanishq removed the advertisement after the public outrage is proof enough that their intention was not malicious. If they intended to promote love-jihad and Islam in a Hindu majoritarian country like India, they would not pull off the ad. Instead they would keep it to propagate the ‘alleged’ agenda.

It’s high time we used our intellect and opened our hearts to look at any issue from all the angles, not from our selective lens and myopic beliefs.

The Tanishq ad is anything but offensive to religion or our country. When we have a jaundiced eye, everything we look at will be offensive. Including the refreshing, non-stereotypical portrayal of the mother-in-law and daughter-in-law relationship and individuals’ agency in relationships.

Even if the unfounded fears ring true, here’s a final question to you – Is your religion or faith so fragile that it can get broken by a mere advertisement?

Picture credits: The ad from Tanishq before it was deleted 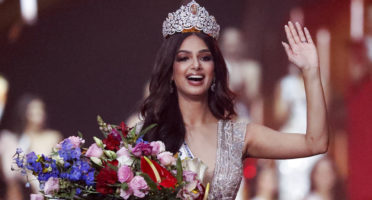 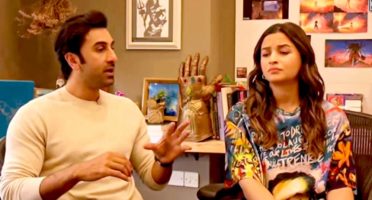